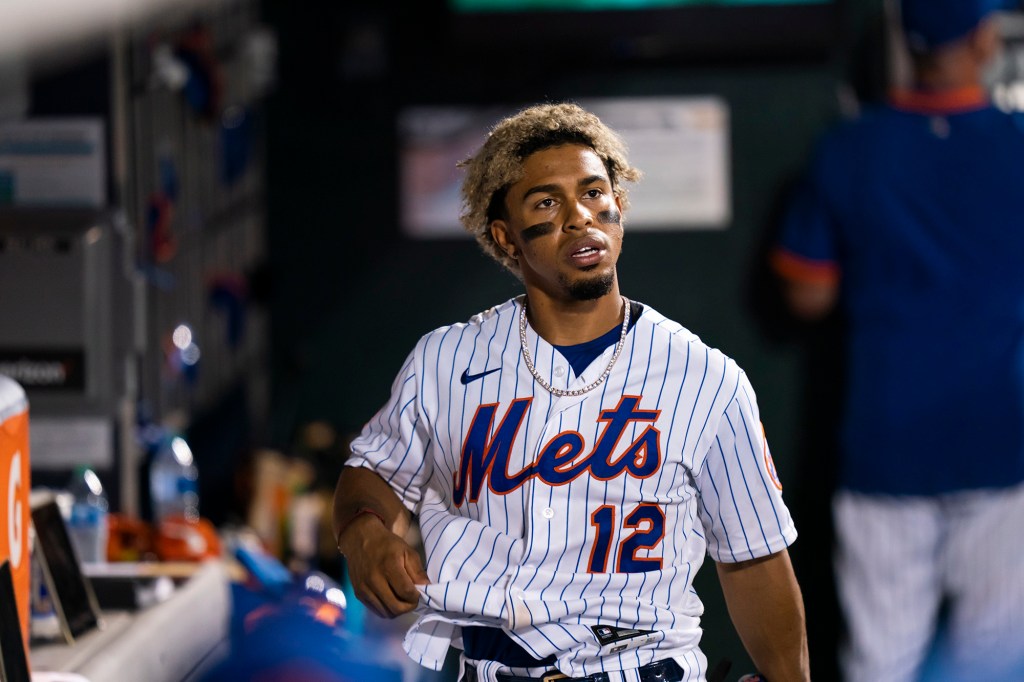 It was another close one, all right, another close one lost against the team with the best record in baseball. Apparently this is meant to provide solace to the woebegone Mets, 3-2 losers to Giants at Citi Field on Thursday night.

The loss was the Mets’ 11th in 13 games within 14 days to the Giants and Dodgers over what had turned into a two-week sightseeing tour of a tiny gated community to which they do not have the access code.

“I feel like we were always one pitch away, one swing away or one baserunning advance away,” said Pete Alonso, who cracked his 29th homer in the sixth inning with a man on to erase the damage done by Kris Bryant’s two-run blow as the game’s third batter. “There’s always that one little thing in every single game.

“We were right there with them, stride for stride. It’s just that consistently they were able to nudge their nose out toward the end of the ballgame, so to speak.”

In other words, through this stretch in which the Mets had seven one-run losses (two of them in extra innings), they were generally unable to come through with plays that win games. Maybe it’s me, but that seems like something not to be celebrated, but to be examined and corrected.

Let’s put it this way, too. When Aaron Loup was able to get out of a bases-loaded, no out jam in the eighth inning after Seth Lugo had coughed up the tiebreaking run (the eventual winner) after failing to retire any of the three men he faced, Mets owner Steve Cohen did not tweet: “Keeping it close!”

The tweet, rather was, “Let’s win this game, cmon.”

The loss dropped the Mets to a season-worst five games under .500 (61-66). They’re a season-high 7 ½ games out of first place as they pick themselves up and attempt to get back in the race at the tail end of a month in which they have gone 6-18.

By the way, 2-11 against the Giants and Dodgers subtracted from 6-18 overall means the Mets went 4-7 against the rest of the league. But there are 15 straight coming against bottom-feeding Washington and Miami.

If there was added solace to this defeat, in which Francisco Lindor made the final out to complete a 1-for-11 stretch since coming off the IL (an infield hit in this one), is that the bullpen lost it following a pitching change that essentially would have been made any time and every time in the National League over the past 50 years, not one prompted by studying algorisms.

Carlos Carrasco was masterful in spinning three-hit ball over seven innings, in both his most impressive and longest outing since coming off the IL (torn hamstring in spring training) on July 30. Carrasco, in his sixth start, retired the final 13 batters and 20 of the final 21 he faced, mixing his four-seamer with off-speed stuff that kept the mighty Giants off balance.

When Carrasco’s turn at bat came up in the seventh, manager Luis Rojas sent Brandon Drury up to pinch hit for the 33-year-old right-hander, who’d thrown a season-high 78 pitches. No controversy here. No second-guessing here. No predetermined outcome.

In his very own verbiage, “c’mon.”