Mets’ Jacob deGrom playing catch, no date on his return 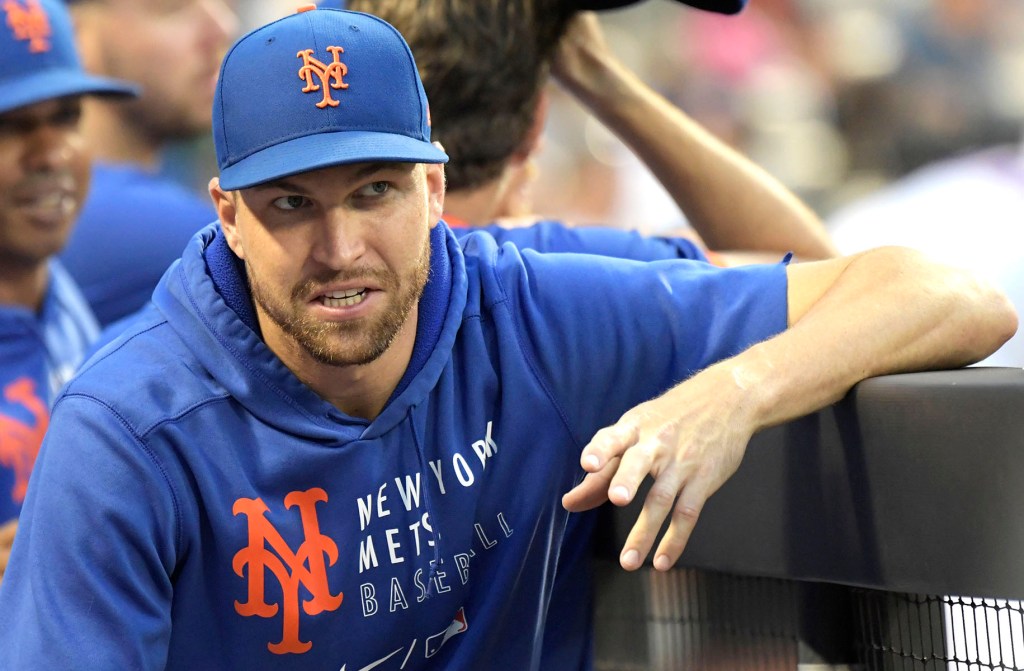 
WASHINGTON — Jacob deGrom’s workouts since receiving clearance to resume throwing last week have consisted of long tosses in the outfield.

According to Mets pitching coach Jeremy Hefner, the right-hander has been playing catch from 75 feet. Ideally, the Mets would like him to throw from 125 or 130 feet before considering whether he should take the next step, to a bullpen mound.

Hefner was asked Friday if, with one month remaining in the season, it’s realistic to believe deGrom (who hasn’t pitched since July 7) can return in 2021.

“It’s one of these things where he could not pitch in a game, but he also could,” Hefner said before the Mets’ 6-2, extra-innings win over the Nationals on Friday night. “It just depends on how he reacts to the throwing. It’s no different than if we were in April. The timeline doesn’t change because we are in September.

“Obviously we want him to pitch, but we have to go through the necessary steps to make sure that he’s not only healthy this season, but he’s also healthy for the rest of his career.”

DeGrom spent over a month shut down from throwing because of right forearm tightness and elbow swelling.

Noah Syndergaard’s workouts in COVID-19 isolation have consisted of throwing a ball into a mattress, according to Hefner. The right-hander tested positive for the coronavirus last weekend and was scratched from his scheduled minor league rehab appearance.

Dominic Smith was placed on the bereavement list following the death of a person close to him (the Mets and manager Luis Rojas did not say who). Smith departed the team before the game and Brad Hand took his roster spot.

“This is something that happened a couple of weeks ago, but this is the time when the family is doing their thing and [Smith] was in-between about going,” Rojas said. “But the family and him connected and he decided on going today.”

As the Mets began an eight-game road trip, which will also take them to Miami, Rojas was asked about the discrepancy in their record at home and on the road. The Mets are 41-27 at Citi Field, but are just 26-40 on the road after Friday’s win.

“We do love the atmosphere in Citi Field, yes, that is outstanding but we have got to win these games on the road,” Rojas said. “I don’t want to say we play differently, I don’t want to say there is a way that guys approach the game when we are on the road, different than what we do at home. It’s just been a negative outcome for us.”

Rojas noted the Mets have homered more on the road than at home (80-61).