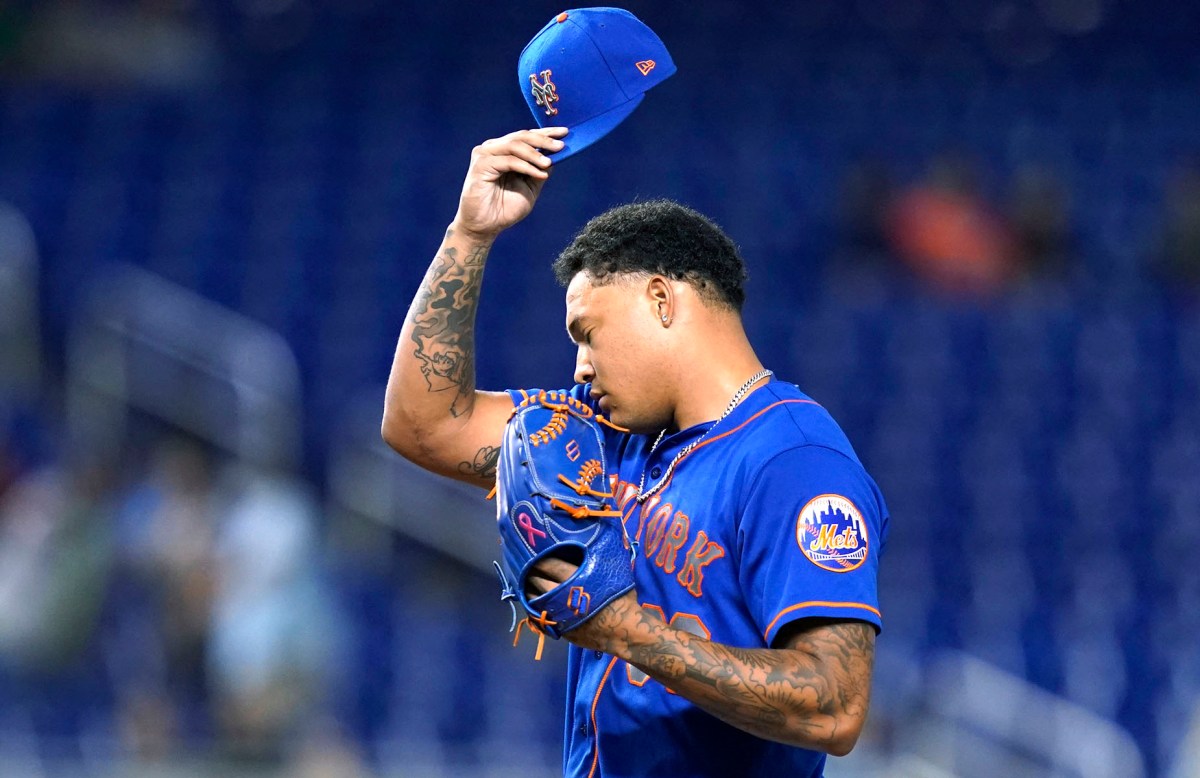 MIAMI — The names change, but the plot remains the maddening same for the Mets: Decent, but not great pitching and not nearly enough offense.

And suddenly the walls are closing on the Mets.

On a night Taijuan Walker continued his post-All Star blues and the Mets managed only five hits in a 5-4 loss to the Marlins at loanDepot park, the team’s lead in the NL East shriveled to 1 ½ games, the closest an opponent has come to first place since May 26.

That team in hot pursuit, the Phillies, will face the Mets for three games beginning Friday in Philadelphia. For now, the Mets — who have lost five of six games — need to figure out these cellar-dwelling Marlins.

Team owner Steve Cohen chimed in on Twitter: “We have to get our act together soon.”

It doesn’t get easier for the Mets later in the month, with 13 games against the Giants and Dodgers, the NL’s two top teams.

James McCann provided a glimmer of hope for the Mets with a two-out RBI double in the ninth that sliced the Marlins’ lead to one, but Dylan Floro retired pinch-hitter Brandon Drury to keep the tying run at second base. The Marlins had added an insurance run in the eighth on Jorge Alfaro’s RBI double against Seth Lugo.

Walker scuffled early, but kept the night from becoming a disaster by recovering in the middle innings. Even so, it was a fourth straight lackluster start since the All-Star break for the right-hander, who surrendered four earned runs on eight hits and two walks over 5 ²/₃ innings. In each of his second-half starts, Walker has allowed at least four earned runs and he hasn’t completed six innings in any of them.

Walker’s troubles began in the second, when Alex Jackson — a backup catcher who entered 1-for-27 on the season — cleared the center-field fence for his first career major league homer.

The Marlins added to that lead in the third. Isan Diaz homered leading off the inning before the Marlins loaded the bases with two outs and Bryan De La Cruz delivered a two-run single that buried the Mets in a 4-0 hole. The RBIs were the first of De La Cruz’s major league career. Walker walked Jesus Aguilar and Alfaro, with a single to Lewis Brinson sandwiched in between, to give the Marlins their rally.

The Mets broke through in the fourth, when Jeff McNeil doubled leading off and scored on Dominic Smith’s sacrifice fly, after reaching third on a wild pitch. McNeil remains among the few bright spots in the Mets’ lineup after a July in which he batted .351.

J.D. Davis just missed a game-tying homer to the opposite field in the sixth, stroking an RBI double that pulled the Mets within 4-3. Smith brought in the inning’s first run with his second sacrifice fly of the night, after Pete Alonso had walked and McNeil was drilled by a pitch.

Luis Rojas was ejected in the seventh for arguing balls and strikes with plate umpire Stu Scheurwater. The ejection was Rojas’ fourth this season.