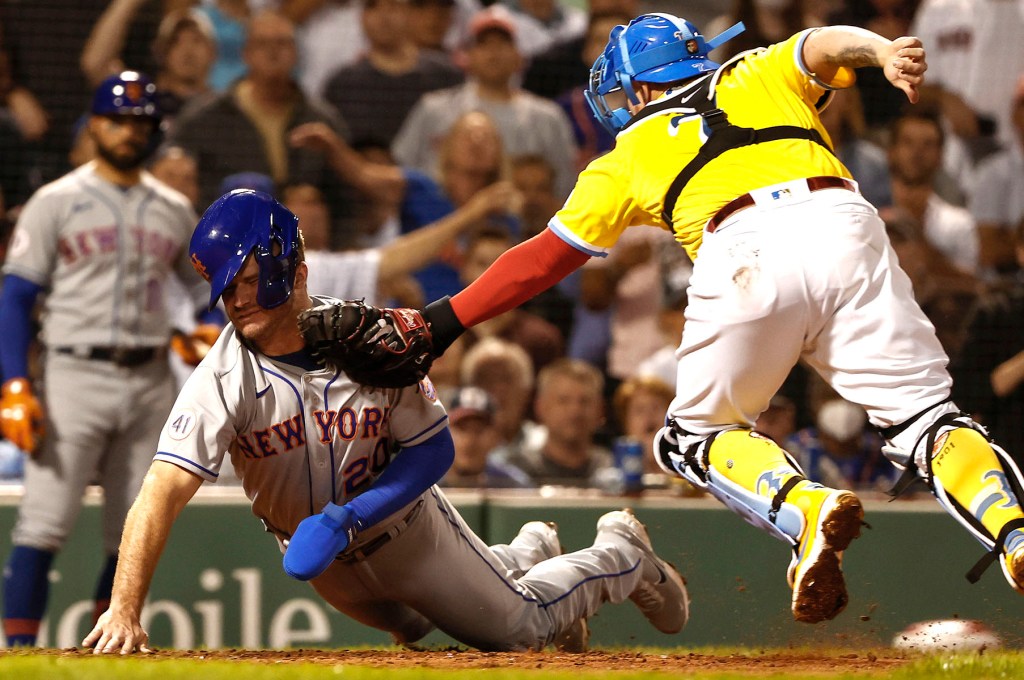 
Gary DiSarcina was aggressive with his right arm during Tuesday night’s fourth inning, but that was nothing compared to his fist.

The Mets third-base coach was caught on camera punching the dugout wall in disgust upon leaving the field, after Pete Alonso had gotten nailed at the plate to thwart a potential big inning in the team’s 6-3 loss to the Red Sox at Fenway Park.

Michael Conforto stroked an RBI single against the shift to bring in Javier Baez from third, giving the Mets a 2-1 lead.

Alonso, running from second base, was easily thrown out at the plate by Enrique Hernandez after receiving the green light from DiSarcina. It was the first out in the inning.

“I had to be a little careful not to have the ball hit me [running from second] and I saw him waving and I gave my best effort, but I was a dead duck unfortunately,” Alonso said. “The throw was on line and [Christian] Vazquez put a good tag on me, so I was out.”

Neither Alonso nor manager Luis Rojas had a chance to speak with DiSarcina during the game or immediately after it about the play.

“I’d rather be on the aggressive side than the tentative side,” Alonso said. “But hindsight is always undefeated.”