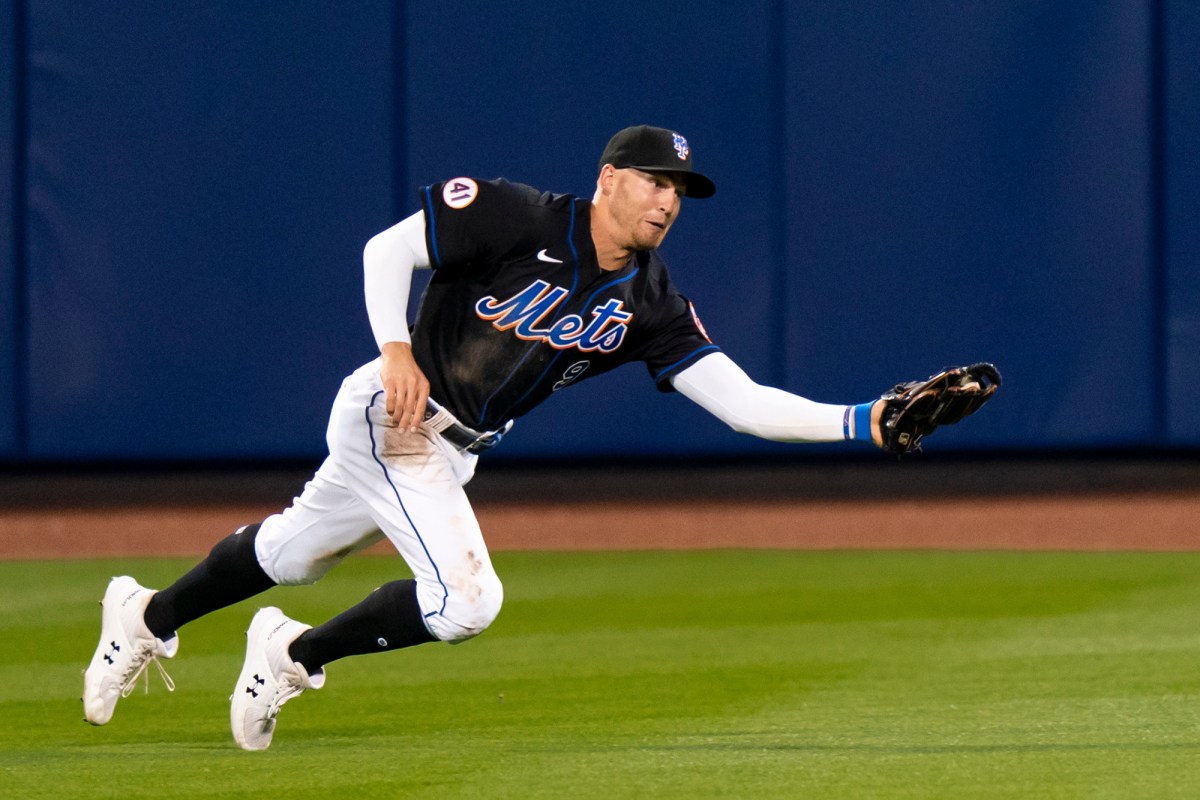 Brandon Nimmo’s handle on Twitter is “@You_Found_Nimmo,” yet as the Mets mounted a desperation rally Friday night at Citi Field, their center fielder couldn’t be found waiting for his proper turn in the on-deck circle.

Now, the National League East leaders must hope they haven’t lost their leadoff hitter for another extended period.

Following the Mets’ 6-2 loss to the Reds, manager Luis Rojas revealed that Brandon Nimmo “felt a pinch” in his left hamstring after a diving catch on an Aristides Aquino fly ball in the top of the frame. That prompted the Mets to lift Nimmo for pinch-hitter Kevin Pillar, who would’ve been the tying run if James McCann had reached base rather than striking out against former St. John’s basketball player Amir Garrett to end the contest.

“He talked to our trainers about it and what he felt, and they wanted to be conservative,” Rojas said. “He wasn’t going to take the at-bat there.”

The manager added of the ailment: “As of now, it’s something really, really small. … We’ll see how he feels [Saturday].”

Nimmo owns a .298/.427/.411 slash line in 45 games. He missed more than two months with an injured left hand, and given the Mets’ recent offensive struggles, they have to hope this condition appears as “really, really small” as their manager professed at the end of a very long day for this team.

Before the game, the Mets learned their ace Jacob deGrom will be shut down for at least two weeks with right elbow inflammation, and on Saturday, they’ll welcome trade-deadline acquisition Javier Baez onto the roster.