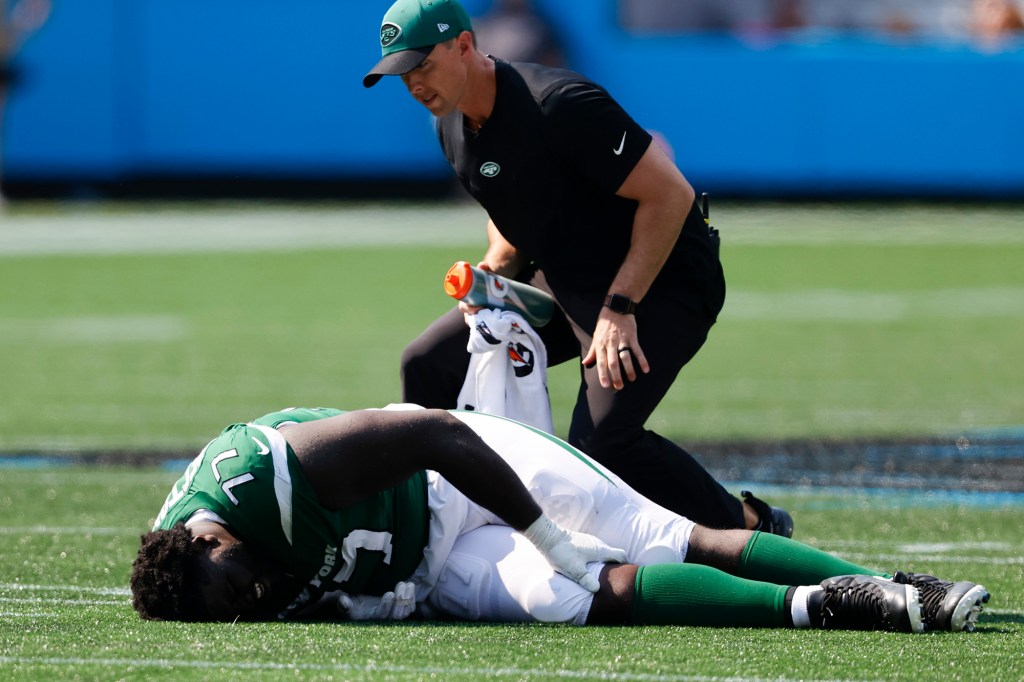 Becton, the Jets’ first-round draft pick from 2020, had to be carted off the field after Jets guard Greg Van Roten and Panthers defensive tackle Daviyon Nixon rolled over his right leg just as Wilson was completing a 22-yard TD strike to Corey Davis late in the third quarter. The Jets trailed 16-8 entering the fourth after Wilson ran in the two-point conversion.

Becton, who missed time in training camp due to a foot injury and a concussion, was helped off the field and limped badly to the sidelines. He was taken to the locker room via a cart after being examined on the sidelines. The Jets announced that he was doubtful to return with a knee injury.

George Fant shifted to replace Becton at left tackle, with Morgan Moses taking over for Fant on the right side.

Who’s performing at the MTV VMAs 2021? See the complete list of artists