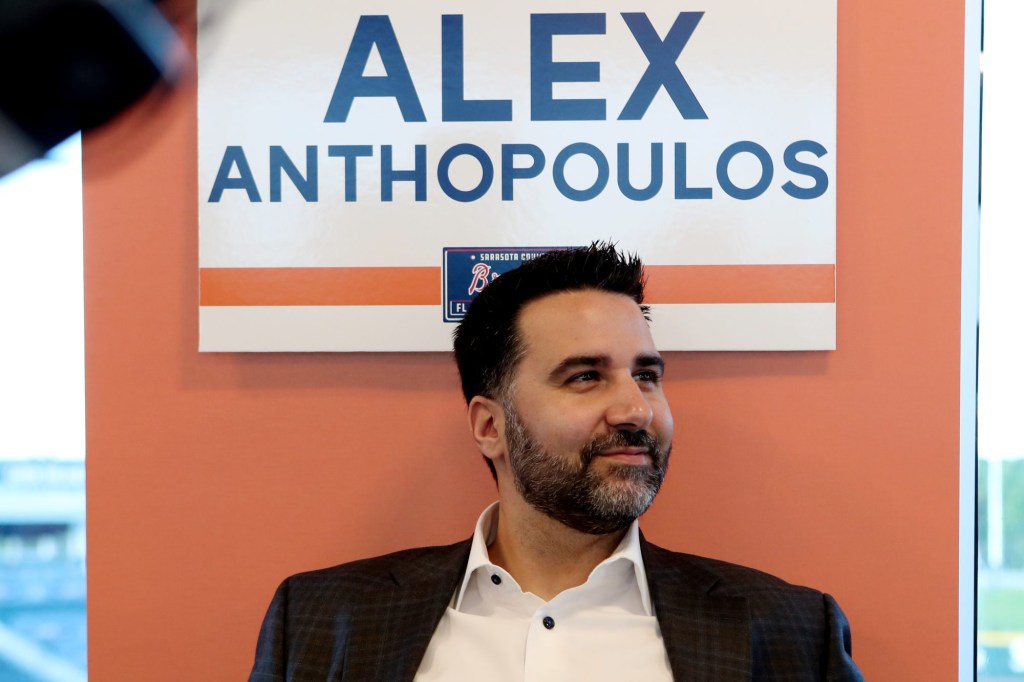 OAKLAND, Calif. — Put yourself in the Atlanta Braves’ world on Sunday, July 11 of this baseball season.

Your team has lost to the Marlins, 7-4, to enter the All-Star break below .500, at 44-45, and stay four games behind the Mets in the NL East. One of your best starting pitchers, Ian Anderson, lasted just 2 ¹/₃ innings and conceded afterward that his right shoulder had been bothering him. The previous day, you lost your best player, Ronald Acuna Jr., for the season and beyond after he tore his right ACL.

Doesn’t quite sound like the recipe for greatness, right? Yet the Braves reported to Truist Park on Saturday as the owners of a 69-58 record, atop the NL East by 5 ½ games over the Phillies and 8 ½ (!) over the Mets, looking pretty good to capture their fourth straight division title.

Last Nov. 10, at his introductory news conference, new Mets owner Steve Cohen, when asked what franchise he wanted to emulate, replied, “I like what the Dodgers are doing.” Who doesn’t? Yet perhaps Cohen, his maiden voyage turning into an outright disaster, should focus on his own competitive neighborhood first.

Maybe the Mets should regard the Braves, their long-time divisional nemeses, as their role model.

“I think that clubhouse culture, a lot of work went into that. It just doesn’t happen,” Braves manager Brian Snitker said Friday. “And I think guys see that, and when they get here, it makes it easy for them to assimilate into what we’re doing. I think guys like coming here. They want to come here. It’s a good group of guys here and it’s an easy place, I think, to come in as a new guy and be productive.”

That’s fortunate for the Braves, since they occupy their perch in no small part due to a bunch of new guys acquired between that July 11 loss and the July 30 trade deadline.

The most important new guy, arguably, is outfielder Joc Pederson, whose production has been adequate but whose timing has been exquisite. In the wake of their disastrous final weekend before the break, the Braves — mindful that neither the Mets nor the Phillies had exhibited any threat to run away with the division — resolved to find a bona fide everyday position player by the time their clubhouse opened July 16 for the start of the second half. They wanted their group to show up, see the new player and receive the message that, despite the absences of Acuna, Anderson, Mike Soroka (who never made it back from a 2020 right Achilles tendon injury) and Marcell Ozuna (who first got hurt, then went on administrative leave for a domestic-violence investigation), this season was far from over.

Thanks to Cubs president of baseball operations Jed Hoyer all but hoisting a white flag a few days prior, Atlanta knew of one obvious trade partner. And sure enough, on July 15, Braves president of baseball operations Alex Anthopoulos announced the team’s acquisition of Pederson from the Cubs. Asked about making more moves, Anthopoulos said, “If there are things out there we can add, we’ll look to do it.”

“When you see a move like that made, it’s like, ‘All right, [Anthopoulos] still believes in us. He still thinks we can do this,’” Tyler Flowers, the team’s longtime catcher who now works as a special assistant, said in a telephone interview. “It gives you a little more motivation. It reinvigorates you.”

Veteran catcher Stephen Vogt came over from Arizona the very next day. And on the July 30, the Braves brought in two more outfielders, Adam Duvall from the Marlins and Jorge Soler from the Royals, as well as reliever Richard Rodriguez from the Pirates. If Pederson and Vogt helped them tread water — they went just 7-8 out of the break — the extra guys flipped a switch, igniting an 18-5 run.

What a striking contrast to the Mets, who went 7-19 after the trade deadline. The Braves’ winning culture starts at the top of their baseball operations and flows downward.

Omar Minaya, the Mets’ former GM, gave Anthopoulous his first job with the Expos earlier this millennium. Said Minaya of his protégé: “He still has the philosophy we talked about in Montreal. It was simple: Getting athletic guys.”

Said John Gibbons, who managed the Blue Jays under Anthopoulos and now works as a Braves special assignment scout: “He was always listening to your opinion. He had respect for those guys to at least listen to that opinion. You’ve got to give everybody their say then nobody can stick it to you.”

Then there’s Snitker, the organizational lifer whom Anthopoulos inherited when he succeeded John Coppolella in November 2017, and has since retained.

“Since the first day he came in, in 2016, there was a different atmosphere,” Flowers said. “He kept the clubhouse loose.”

Said another ultra-experienced member of the staff, pitching coach Rick Kranitz: “There’s always something about the Atlanta Braves, from John Schuerholz running them to all their great players. There was something about this organization that, when we came in, you knew there was greatness around.

“I’ve been in this league a long time. This is different. Guys expect to win.”

The Braves’ championship drought stands at just nine years shorter than the Mets’, their last title coming in the 1995 strike season. Nevertheless, you’ve got to be in it to win it, and right now, the Braves are in it, vying for their 17th October berth since ’95, as the Mets tumble far away from it.

Cohen should like what the Braves are doing. Then he should figure out how to stop it before aiming for the Dodgers.