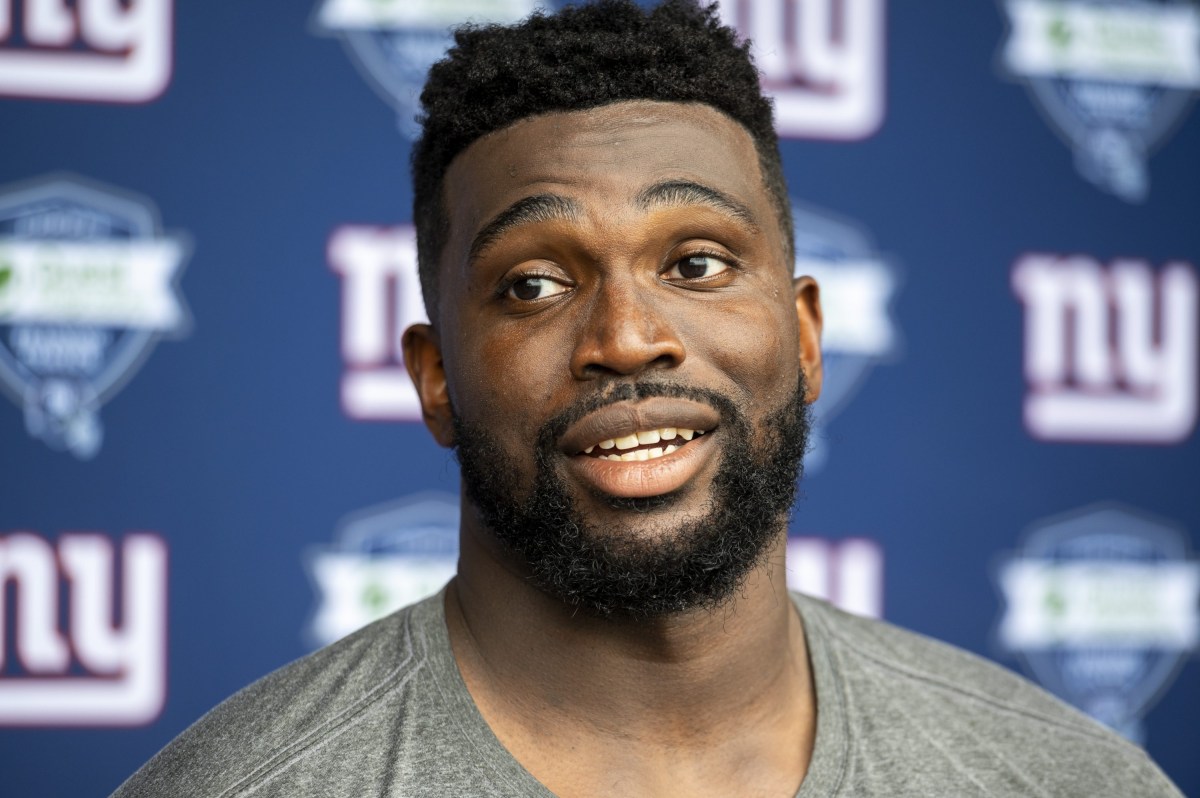 Matt Peart is on a list he can never escape.

Forever, it will state that Peart was a third-round pick of the Giants in the 2020 NFL Draft, out of UConn, an offensive tackle. This aligns Peart with every other third-round pick in Giants history, for better or worse.

The litany of players of recent vintage taken by the Giants in the third round, players that turned out to be disappointments, is fairly staggering. A systematic failure to cash in with quality picks in the draft led to the demise of a franchise that has missed out on the playoffs eight of the past nine years. There are swings and misses in every round. The third round, a real sweet spot in most drafts — teams can find gems to develop into starters — has been a particularly pothole-filled trip for the Giants. Think Cross Bronx Expressway.

In 2008, the Giants selected receiver Mario Manningham in the third round and he went on to make one of the most difficult and important catches in Super Bowl history. Since then, there have been 14 third-round picks, including five currently on the roster. Rookie cornerback Aaron Robinson (2021) has yet to practice and remains on the physically unable to perform list. Peart (2020) is in line to start at right tackle. Outside linebackers Lorenzo Carter, B.J. Hill (2018) and Oshane Ximines (2019) are coming off injury-depleted seasons and have to pick up the pace — Ximines is on PUP and has yet to participate in this camp. The book has yet to be written on these five players.

Otherwise? Best to avert your eyes.

Starting in 2009, the Giants in the third round took tight end Travis Beckham and year by year selected safety Chad Jones, receiver Jerrel Jernigan, defensive end Damontre Moore, defensive tackle Jay Bromley, defensive end Owa Odighizuwa, safety Darian Thompson and quarterback Davis Webb. None was given a second contract with the Giants. Most contributed very little, for one reason or another.

If Peart cannot snap this stretch of third-round futility, the Giants are in trouble. He was thought to be a raw project as a rookie, yet he was used for 150 snaps on offense, as head coach Joe Judge insisted on a rarely used rotation at the tackle spots. Mostly, Peart got time at right tackle in place of veteran Cam Fleming and more than held up. As a run blocker, he was superb — 81.7 grade from Pro Football Focus. As a pass blocker, he was inconsistent (grade of 46.9), allowing two sacks, two quarterback hits and nine total pressures in 84 pass block snaps. He struggled to close out his rookie year, missing time with COVID and other physical ailments down the stretch.

“What we saw last year was competitiveness, very coachable player and daily improvement,’’ Judge said. “Obviously, he showed up.’’

Peart showed up last year actually looking skinny at 6-foot-7 and 318 pounds. He has bulked up — he declined to say how much — but now looks like a prototype NFL offensive tackle.

“I knew what I had to do coming into the offseason to get bigger, faster, stronger,’’ Peart said. “Just to make sure that I come into Year 2 not having the same little lapses here and there that I did last season.’’

Peart started his second NFL camp on the physically unable to perform list with a back issue, but he hit the field this week. If this works out, the Giants will have two young bookends at tackle in 2020 first-round pick Andrew Thomas (22) and Peart (24).

“I mean, Andrew’s a tremendous talent and we know what it is every time we step on the field,’’ Peart said.

There is a fallback position, as Nate Solder, 33, returns after opting out in 2020 and he, for now, is the swing backup at tackle, far more experienced on the left side than the right. The Giants need Peart to work out, though, and they are counting on him to do so.

That time is now for Peart, a third-round pick who wants to break the mold.