Mark Sanchez is still on the ball 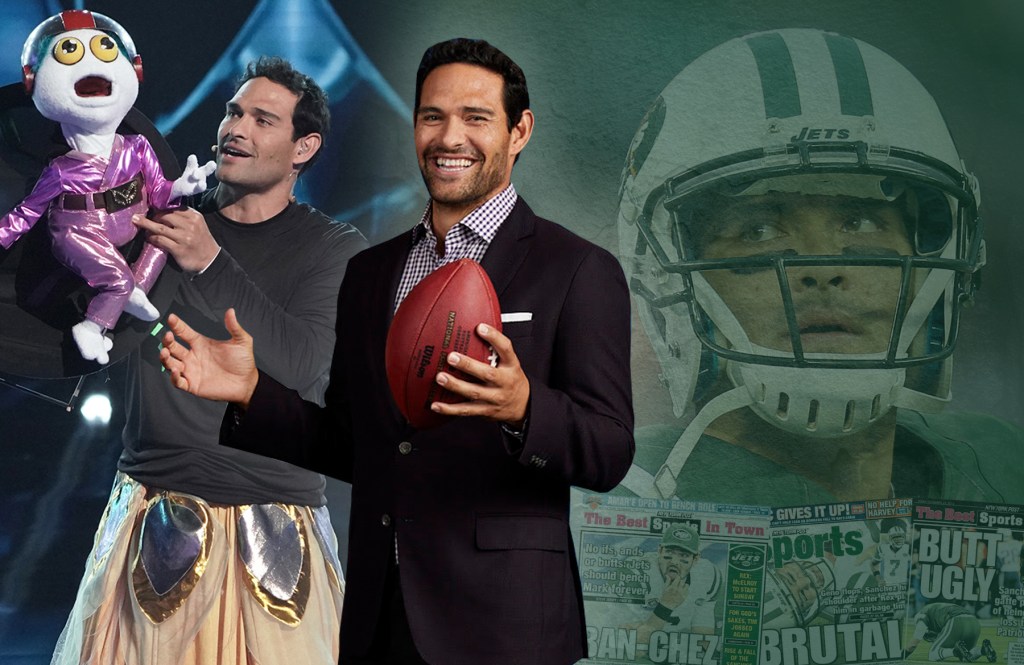 
The former Jets quarterback “sort of” misses a career filled with surprising highs and some very public lows, but now has found a sustained happiness being a dad and an emerging media star.

Mark Sanchez is in his element.

No, not on the football field, where he played eight NFL seasons, the first four of which were with the Jets.

Not in front of a television camera talking football, where he’s just begun his first season as an analyst on FOX’s NFL broadcasts.

Not on a stage performing, as he has quite successfully as a star of FOX TV’s “The Masked Singer.”