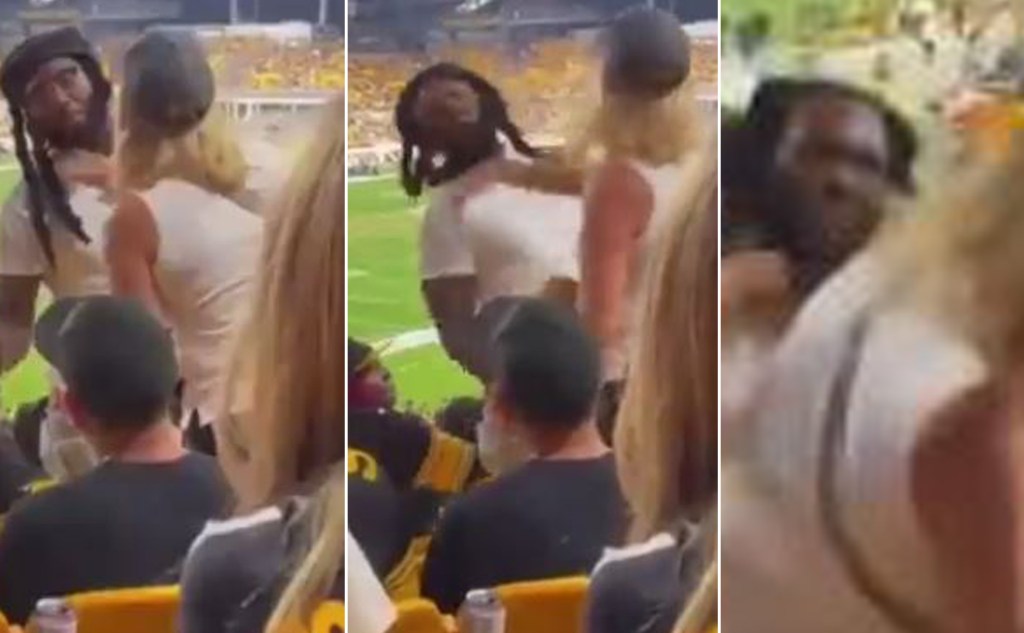 Fans in the stands continue to duke it out at NFL preseason games.

One week after a bloody brawl among fans at a Rams-Chargers game in Los Angeles, video of another fight at the Lions-Steelers game went viral Saturday night.

A woman was shown arguing with a man in front of her at Heinz Field, before slapping him in the face to spark a wild fight in which she and another man were struck.

During the argument, the woman can be heard yelling “Get the f—k out,” and apparently makes contact with the man. He replies, “Don’t touch me,” and pushes her hand away, prompting the slap.

A man seated next to the woman intervenes, and both are punched by the man who’d been slapped in the ensuing fisticuffs. Other fans eventually broke up the fight, which lasted nearly 30 seconds.