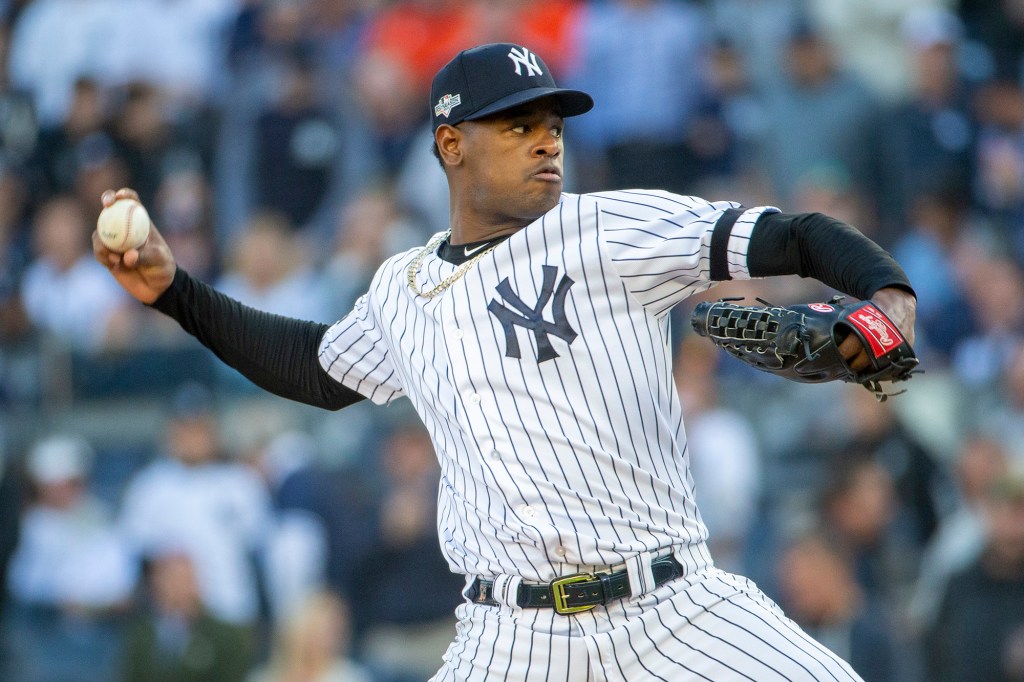 
Luis Severino hasn’t pitched for the Yankees in nearly two years, but the rehabbing righty is set to be activated off the injured list in the coming days, perhaps as early as Monday, Aaron Boone said Sunday.

Severino underwent Tommy John elbow surgery in Feb. 2020, missing all of last season and most of this one, with groin and shoulder issues also postponing his return this year. The Yankees view him as a bullpen option for the remainder of the season and the playoffs, if they qualify as a wild card.

“Sevy’s likely to come with us next and we’ll just see if that’s in the next day or two or not,” Boone said before Sunday’s game against Cleveland at the Stadium. “His last live outing was two (innings) and 35 (pitches), so kind of view him as anything from an inning in some situations to possibly two or three innings scenarios that I think he’ll be able to handle.”

Severino faced batters for the first time Friday since he was shut down with shoulder tightness prior to an August rehab start. Boone added that he doesn’t plan to use the two-time All-Star as an opener down the stretch.

“I’d never say never. But hopefully moving forward we’ve got our four or five starters that have been pitching in rotation and we feel good about,” Boone said. “I guess if you get down towards the end and you get into a playoff scenario, anything is possible.

“But first things first is getting him back and getting him in a big-league game at some point.

Domingo German (shoulder) also is close to returning after throwing two innings (one run) in relief Saturday for Triple-A Scranton. Boone said “it’s a good chance his next [outing] could be with us.”

Joey Gallo (neck tightness) was out of Sunday’s starting lineup, but Boone expected him to take swings in the batting cage and “to be an available player” off the bench. “Hopefully he’s a real option for us,” the manager said.

Aaron Judge is slated to play center field with Brett Gardner in left, with Giancarlo Stanton manning right, where he is more comfortable. Outfielder Estevan Florial was recalled “for extra bench coverage,” Boone added, to replace Luis Gil, who was optioned to Triple-A after Saturday’s game.

5 times Emmy awards have been revoked or withdrawn: Cuomo and more