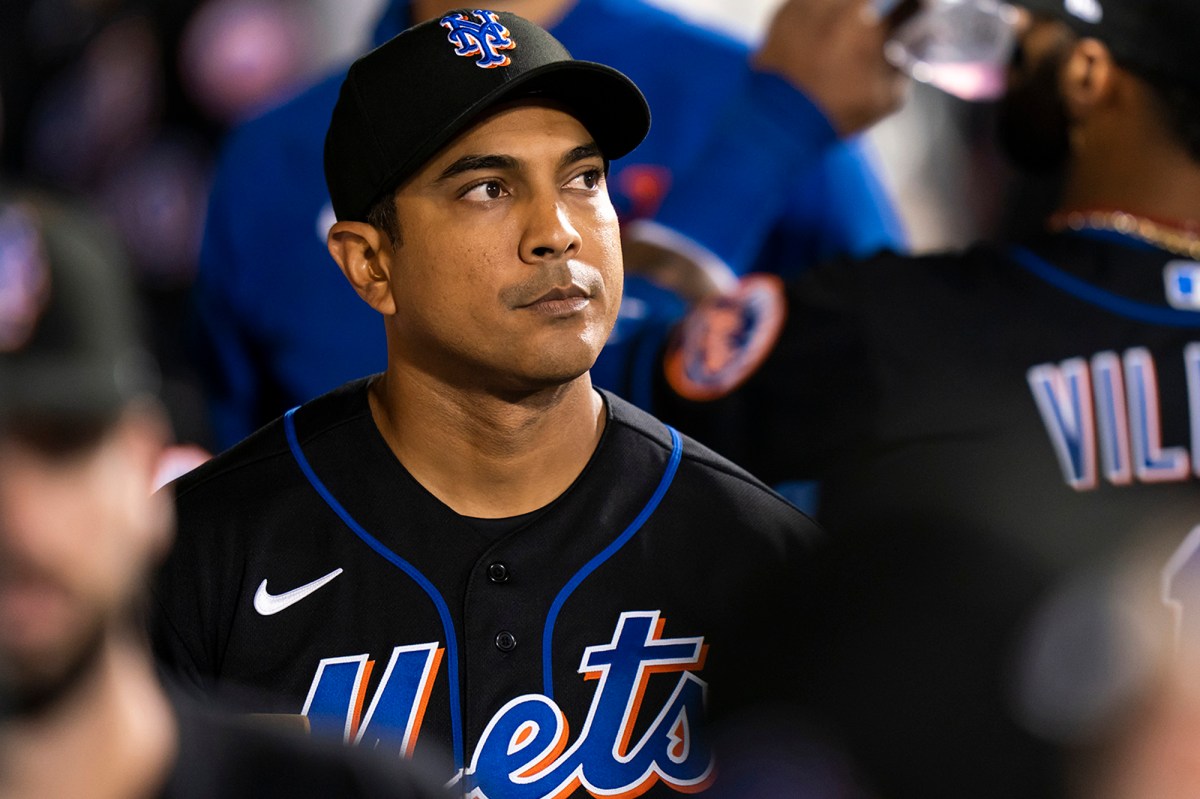 Luis Rojas held a meeting for his Mets on Wednesday afternoon to remind them that everything is fine.

The meeting was sparked by the reality that everything is not fine.

Just being playful here. The Mets’ skipper hardly sounded like a man in denial as he shared details of what he told his players. Instead, Rojas explained, he strove to remind them that they’ve come a long way just to get here, their 89th straight day atop the National League East, and therefore they can overcome the funk that has fallen upon them in the dog days of August.

It feels like the right call for Rojas, who is facing arguably his greatest challenge since he accepted this job: Retain the positive vibe that has been constructed in Year 1 of the Steve Cohen Era.

“This is a team that fights and is very resilient and has the ability to fight through any type of situation,” Rojas told reporters before the Mets continued their series with the Marlins at the ridiculously spelled loanDepot park. “If you’re going through a so-called tough situation right now, that’s not new for us.

“That’s where we’re coming from with the talk we had today. This is just another one, and we’re going to face it the same way we faced the ones that we faced this season.”

You can define this “another one” by many different pieces of the season. Shoot, the Mets hit their high water mark of 35-25 on June 16 with a win over the Cubs and went an underwhelming 20-26 in their next 46 games heading into Wednesday. Yet if we want to drill down to a smaller sample, we can see that the Mets had lost 12 of their last 20 games, seven of their last 10, five of their last six and three in a row.

Hence Rojas’ call to check in, first among his hitters — the injured Francisco Lindor was among the others who spoke then, the manager divulged — and then the entire roster.

“We met earlier and we talked a little bit as a family in there and we’re just staying within ourselves for the game of the day. And nothing more than that,” Rojas said. “Having fun and trust[ing] our process. I think we’re all on the same page in terms of what we need to do.”

He acknowledged that they had addressed the Mets’ recent tendency to fall behind in games early, which had occurred in each of their last three contests and four of their previous five. He conceded, “I did think we got quiet at a point in the dugout [in Tuesday night’s 5-4 loss to the Marlins] but that changed really quick.”

In the second year of his first major league managing gig, Rojas has shown his strength to be a connectivity to his players, many of whom knew him coming up through the Mets’ farm system, whereas he still makes some in-game decisions that befuddle you, most recently the call to bring in only the infield corners Monday night as the club trailed by two runs in the eighth inning. He might need to improve at the latter to help his group grind through this rough stretch.

Because the Mets risk losing more than their penthouse view and the accompanying playoff invitation. They survived their earlier injury blizzard (with considerable assistance from their underwhelming divisional foes) thanks to insanely good roster depth, endearing themselves to their fans thanks to the likes of Kevin Pillar, Jose Peraza and Tylor Megill. If they fizzle into an empty October, that grit, and Rojas’ role in creating it, will be long forgotten.

So yeah, good idea to convene the gang and remind them how they got here. They require no reminder of where they’ll head if they can’t recapture their earlier magic.