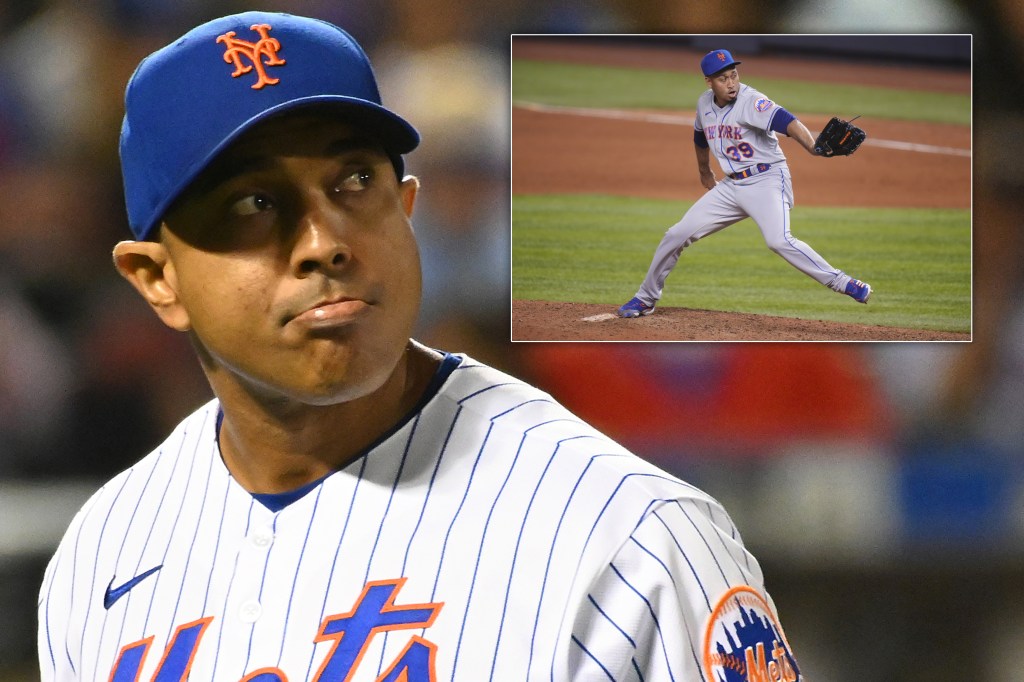 
First base was open. A hot hitter was at the plate, followed by an ice-cold one.

But Luis Rojas didn’t hesitate. The Mets manager had faith in Edwin Diaz.

“You always trust your closer right there,” Rojas said. “In a matchup righty-righty, Diaz’s stuff always plays well. He’s not a guy that gets hit around.”

It turned out to be a mistake that cost the Mets a game they desperately needed. Bryan De La Cruz blasted a Diaz fastball off the center-field fence, sending the Marlins to a 2-1, 10-inning victory in Miami.

After blowing consecutive saves against the Nationals, Diaz came within one out of getting out of the inning. After Magneuris Sierra bunted Jazz Chisholm Jr. to third, Diaz struck out Jesus Sanchez. Then came the pivotal at-bat.

Edwin Diaz actually has similar numbers this year, and during his career, against left-handed and right-handed batters. The previous batter he struck out was a left-handed hitter. It didn’t change Rojas’ decision.

“Because [Diaz is] so good against both, that’s why we don’t have any problem with him pitching to any hitter,” Rojas said. “He’s a big league closer and he’s one of the best. He’s been through some struggles lately, but it’s not because of getting hit hard. It’s more so I think because of his command.”

That wasn’t the only debated move he made in the 10th inning. Rojas also opted to hit for catcher James McCann with runners on the corners and two outs. But instead of J.D. Davis, he went with catcher Patrick Mazeika because the pitcher, Anthony Bender, had a slider that was tough on right-handed hitters and Mazeika bats left-handed.

Davis is by far the more accomplished hitter and is slashing .322/.413/.508 against right-handed pitchers this year. Mazeika, batting .196 against righties, grounded out weakly.

“It’s the matchup once again,” he said. “Bender is a guy who has a sinker-slider mix. it’s really tough for right-handed hitters. … That’s what we wanted with the pinch-hit decision, to bring the lefty bat in.”