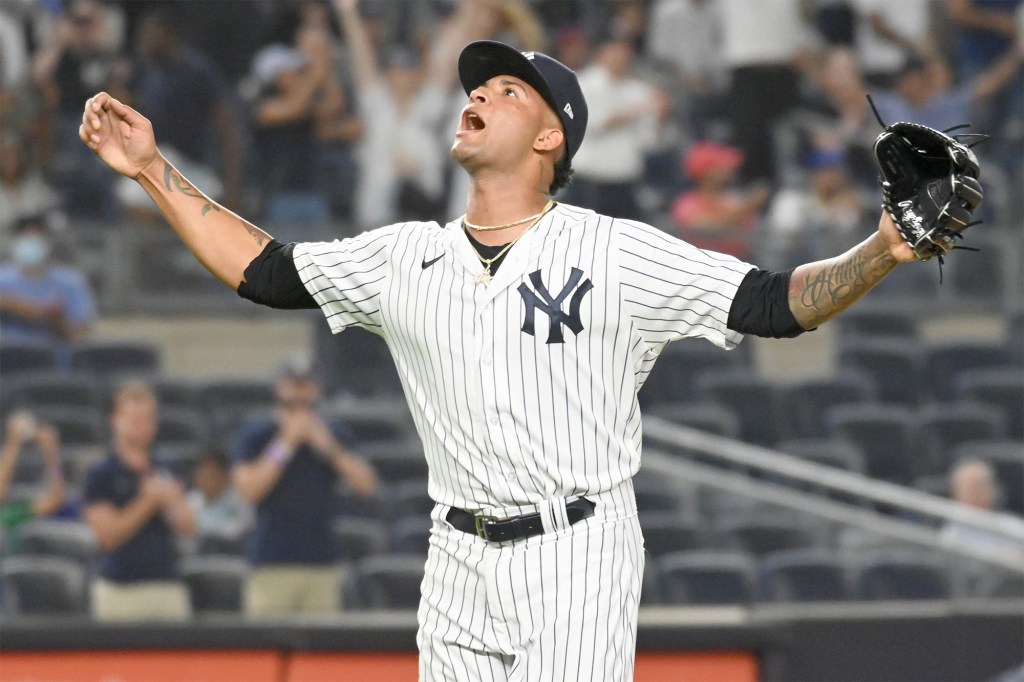 
If not for Luis Gil’s first inning Monday, the Yankees might not have required the heavy lifting necessary to pull out a 6-5, 10-inning victory over the Twins at Yankee Stadium.

Then again, if not for their rookie right-hander’s next five innings, this team might be staggering into Baltimore not only in a continued funk but also with a fried bullpen.

It marked that sort of day for Gil, who put his teammates in a 4-0 hole before they so much as came to bat and wound up sticking around for six innings and allowing just one more run, giving the home team an opportunity to mount a comeback and sparing the relief corps from an excessive workload even with the game going into overtime.

“He’s got something different about him, I don’t know. I can’t tell what it is,” said Aaron Judge, whose eighth-inning, three-run homer off Minnesota closer Alex Colome kept Gil from suffering his first big-league loss. “I know he’s got great stuff, but he’s just got this chip on his shoulder. He’s got a little bit of attitude. He knows he’s the man out there on the field.

“When you’re playing behind a guy like that, that’s who you want to play behind.”

“You find yourself in a hole, but at the same time, you want to give the team length,” Gil said through an interpreter. “The best you can do is focus pitch by pitch. Thank God, I was able to get through six.”

Gil entered his fifth major league start with a sparkling 1.42 ERA and that quickly shot up like Peloton stock in 2020 as he gave up a pair of two-run homers, first to Jorge Polanco and then Miguel Sano, in the first inning. With the Yankees working on a quick turnaround after Sunday night’s marathon, 7-6 loss to the Mets at Citi Field, it sure looked like this could be a long, dispiriting, damaging day for the Yankees and their fading playoff hopes.

Instead, even as a flock of Twins pitchers kept the Yankees’ offense quiet early, Gil did the same to the Minnesota lineup.

“I kept working on my mechanics [leading up to this start], polishing the mechanics, in a way that if I needed to make a quick adjustment, that it could be subtle to get back into the strike zone. I think I was able today to do that very well. At the same time, I was able to mix my pitches much better after that first inning.”

Byron Buxton led off the third inning with a solo blast to put Gil and the Yankees in a 5-0 bind, and then no more runs came for the visitors all day. Gil escaped a first-and-second, one-out jam in the sixth to close out his day, and Andrew Heaney (1 ²/₃ innings) Albert Abreu (a third of an inning), Aroldis Chapman (one inning) and the winner Clay Holmes (one inning) took care of the rest.

“Credit to Luis,” Aaron Boone said. “Obviously giving up four runs there, a couple homers, to be able to go through six innings, not be fazed by it, to continue to compete allowed us to do something special late. Just a great job by him.”

Pete Alonso has gone ice-cold at worst time for Mets