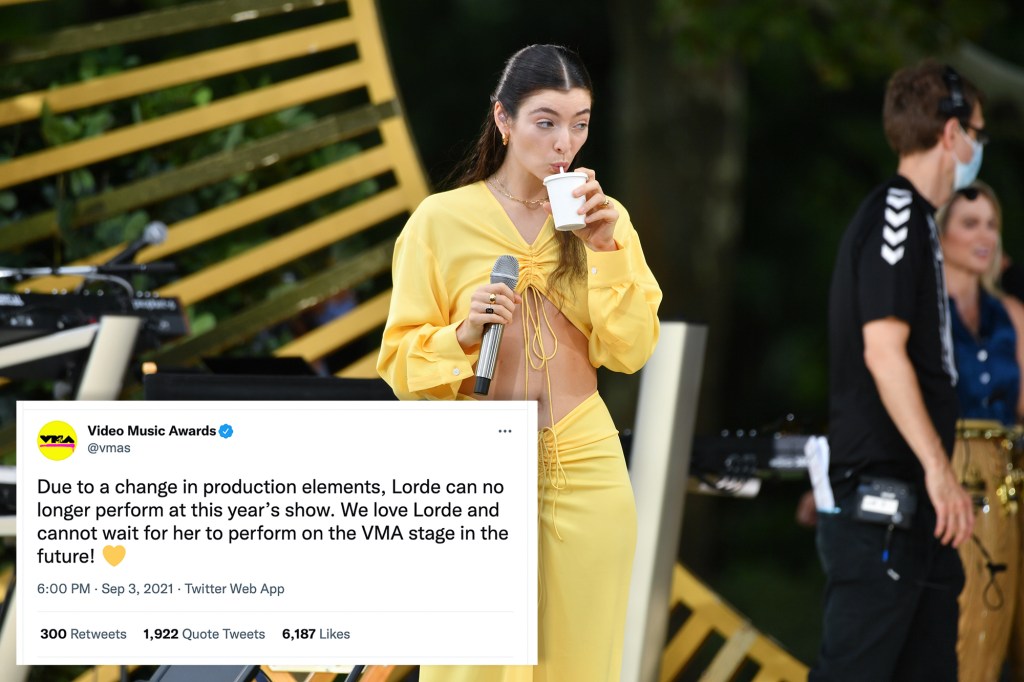 
MTV’s Video Music Awards COVID-19 protocol was too much of a liability for Lorde this year.

After news dropped that she was no longer performing at the music awards ceremony, the pop artist released an explanation days later.

“We were planning this insanely amazing many-bodied intimate dance performance, not fully understanding the (very necessary!) safety protocols that are in place,” she wrote. “I can’t make something less than outstanding for you guys.”

She addressed her fans’ concerns and assured them she’s “totally fine.”

“There will be many more TV performances, don’t you worry,” Lorde promised.

The announcement comes amidst a surge of COVID-19 cases in Los Angeles County. As of Sept. 9, there are 2,218 new cases, 49 new deaths and 1,385 current hospitalizations in the county. MTV’s award show is slated for Sunday, Sept. 12.

The rise in cases and severity prompted stricter social distancing and mask protocols, affecting the VMAs.

So far, no other performers have jumped ship. Justin Bieber, who has seven nominations, will return to perform for the first time since 2015 alongside Lil Nas X and Camila Cabello.

Lorde’s statement comes a day after dropping a surprise EP comprised of her most popular songs off her most recent album “Solar Power.” But the release comes with a twist: The songs are in te reo Māori, the indigenous language of New Zealand.

Of course, fans were both shocked and excited by her creative and inclusive idea, with one person tweeting it’s “the coolest” thing ever.

The most read books in US right now are… – World News