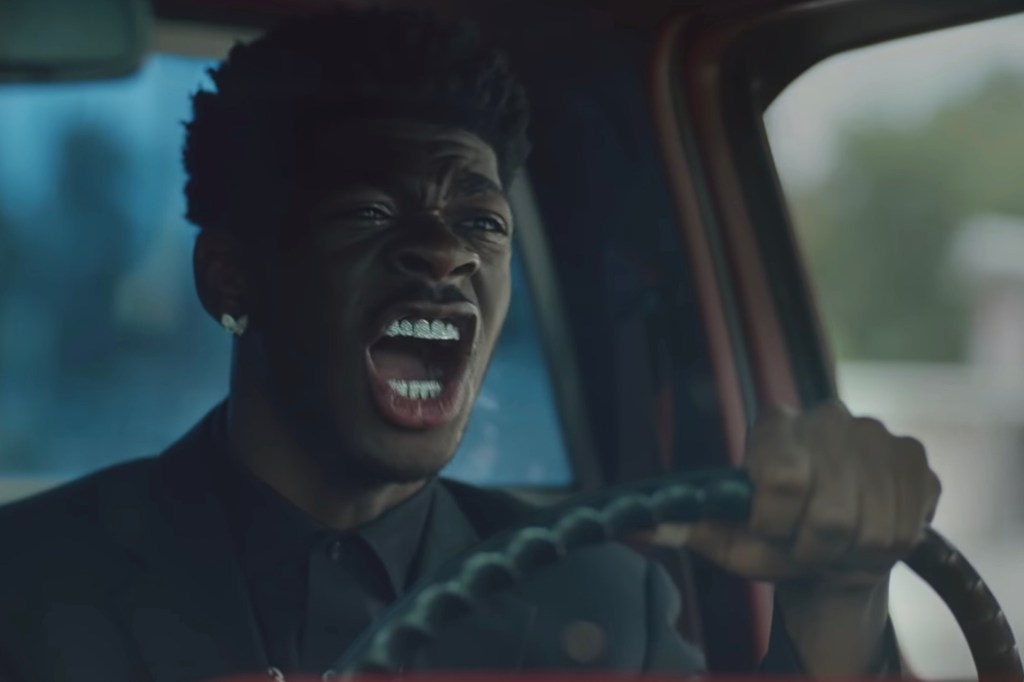 It’s Lil Nas X’s world and we’re all just living in it.

Since seemingly coming out of nowhere to dominate the pop charts with his record-setting “Old Town Road” in 2019, the 22-year-old rapper-singer has been shaking up the culture, stirring up controversy and starting up conversation — all over social media and beyond — with his boundary-pushing performances, style and statements.

And all this has been accomplished by Lil Nas X — already a bonafide gay icon and pop provocateur — before he even released his debut album, “Montero,” on Friday. Hard to believe but yes, after releasing his 2019 “7” EP — which, despite its brevity, managed to snag an Album of the Year Grammy nomination anyway — this is LNX’s first proper LP.

His new video from the album — “That’s What I Want” — has already racked up nearly 2.5 million viral video views since it dropped over night. The sure-to-outrage clip features a heady mix of football, young love, (safe) shower sex, a “Brokeback Mountain” camping trip, betrayal, boozing, and, yes, his now-infamous wedding dress makes an appearance, too.

Amid all the outrageousness, the breakdown chorus hinges on the emotional lyric, “I want — someone to love me. I want — someone who needs me,” all set to a backbeat that’s reminiscent of Outkast’s “Hey Ya.”

Of course, the album’s title comes from Lil Nas X’s real name — Montero Lamar Hill — and “Montero (Call Be Your Name),” the flamenco-flavored single that went No. 1 earlier this year. And that was followed up by another hit, “Industry Baby,” featuring another young rapper, Jack Harlow.

And, judging by the other A-list guests on “Montero,” Lil Nas X has amassed some serious star power. Big names such as Miley Cyrus (there’s a new video out for their duet, “Am I Dreaming,” too), Megan Thee Stallion (“Dolla Sign Slime”), Doja Cat  (“Scoop”) and even the legendary Elton John (“One of Me”) also show up for his coming-out party.

And eager fans have been waiting for Lil Nas X — who, in a gender-bending twist, has been striking a pregnant pose in the promotional campaign — to finally give birth to “Montero” (which features a nude Nas on its cover).

In fact, one fan tweeted that “lil nas x carrying real low, so I think it’s a boy.” Meanwhile, another fan tweeted in anticipation that “all that’s gonna play in my car is this album right here IT WILL BE THE ONLY THING. #LilNasXGivesBirth @LilNasX I’m in love and haven’t even heard everything.”

Suffice to say, that’s a lot of love for an artist before his debut album had even dropped.

But Lil Nas X has been breaking the rules since he decided to mix hip-hop with country — and Miley’s dad, Billy Ray Cyrus — on “Old Town Road,” which led the song to top the Billboard Hot 100 for a history-making 19 weeks.

And in the middle of the “Old Town Road” phenomenon, Lil Nas X did something even braver by coming out in June 2019 — during Gay Pride Month — despite being a part of the notoriously homophobic hip-hop world.

This year, LNX has been making more bold moves: In March, he released his “Satan Shoes,” a custom pair of black-and-red Nikes containing a drop of real human blood. And he landed in the hot seat again for his “Montero (Call Me Your Name)” video, in which he rode a pole down to hell and gave Satan himself a lap dance.

Lil Nas X continued to turn up the homoerotic heat on the season finale of “Saturday Night Live” in May, although a wardrobe malfunction prevented him from going full “Hustlers” on everyone. And then he stripped down from a pink prison jumpsuit to his birthday suit in his “Industry Baby” video.

No doubt, Lil Nas X was one of the highlights of last Sunday’s MTV VMAs, performing a medley of “Industry Baby” and “Montero (Call Me By Your Name)” — the latter of which deservedly won the top Moon Person for Video of the Year. But LNX could barely celebrate that victory before he was back turning heads — and opening minds — on the red carpet of the Met Gala Monday night with three different looks that found him continuing to challenge the old ideals of male pop-star sexuality and masculinity.

For Lil Nas X, it may have all started with “Old Town Road,” but it has led to a new pop order.