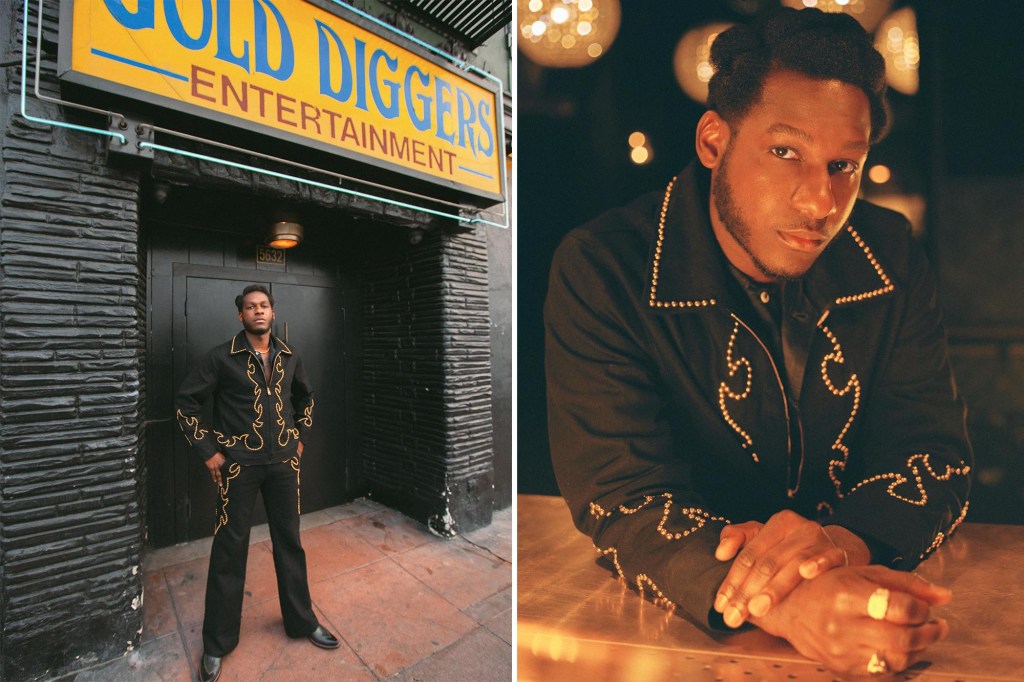 It’s a good time to be Leon Bridges.

In the last two weeks, the Grammy-winning R&B artist has attended the Met Gala, appeared on “The Late Show With Stephen Colbert” and performed his song “River” with Jon Batiste during the In Memoriam tribute at the Emmys.

And on Friday, Bridges, 32, will take the main stage during this weekend’s 10th-anniversary edition of the Governors Ball music festival at Citi Field. He’ll be showcasing material from his new album “Gold-Diggers Sound” — recorded at Gold-Diggers complex in East Hollywood — which finds the singer branching out from his retro-soul roots with a more modern style.

Here, the Fort Worth, Texas, troubadour reveals his must-see Gov Ball act, why he brought cowboy couture to the Met Gala and the actors who were coolest to meet — and hardest to say goodbye to — at the Emmys.

Who are you most looking forward to see at Gov Ball?

I really want to see Billie Eilish. She’s playing on the same stage that I’m playing — obviously [she’s] headlining. So I would love to check her out. I recently had the opportunity to attend the Met Gala, and she was sitting at my table with her brother Finneas, but I didn’t get to have any conversation with her. I was too nervous to even start the convo.

You rocked a whole cowboy look at the Met Gala. How’d that come together?

I was just responding to the whole theme of American fashion, which is a wide spectrum of things. But my interpretation of it is just that whole Western look. I think the biggest misconception is that that look is unique to white people, and there’s black folks that rock it as well.

What’s your most memorable festival experience?

The dopest festival I’ve ever experienced was Afropunk. The one I played was 2019 in Brooklyn. As a black artist, it’s just hella-refreshing to play to a crowd full of black folks, because most of these festivals are predominantly white. I love that Afropunk is a place where black people can be themselves.

How did the Gold-Diggers complex inspire your new album?

We wanted to find a space where it was aesthetically inspiring to spend a lot of time in, and Gold-Diggers was that for us. It’s a multifaceted complex — there’s the hotel aspect of it, there’s the studio aspect of it, and then there’s the bar. It’s almost like this refuge in the midst of this gritty city. I was living there, which was really nice, because normally you’re having to commute to whatever studio and you kind of lose momentum that way. I loved the vibe of literally waking up, walking downstairs, clocking in and getting to it. The experience was so significant, I wanted to name the album in honor of it.

Who was it hardest to say goodbye to during the In Memoriam tribute at the Emmys?

Michael K. Williams. That one definitely hit the most. I was able to cross paths with him at this bar that I frequent in LA called Doheny Room. I was hanging with my homeboys, and Michael K. Williams comes up and was just showing love. It’s amazing when people that you look up to know you exist and are fans of the art. It’s definitely heartbreaking that he’s not with us anymore.

Who was the coolest celeb you met at the Emmys?

As I was leaving, Angela Bassett complimented me on the performance, and she mentioned that she wanted to come to a show. And I was like, “Of course! Would love to have you.” That’s tops for me.