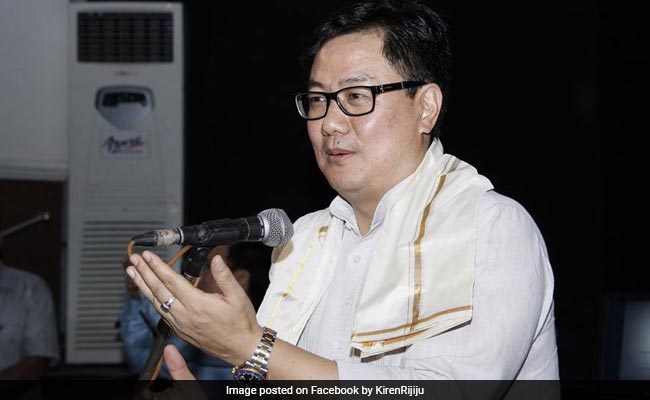 Many users also voiced concern about such irresponsible behaviour. (File)

The last thing that is expected of visitors when they visit a tourist destination is to cause a disturbance or endanger the habitat just for the sake of some amusement. Of late, a few such videos have surfaced online where vacationers can be seen acting irresponsibly.

Reacting to such behaviour, Law Minister Kiren Rijiju, shared a tweet where he asked people to respect local sentiments.

“Please don’t mar the beauty of our own country. We must respect the local sentiments and behave as responsible citizens anywhere and everywhere,” tweeted Mr Rijiju.

He also shared two photographs of tourists along with the tweet. One of the photographs was from an incident in Goa a few days ago, where two men were seen driving a car on a beach and even heckling a dog in the process.

The other photo was from a similar incident in Pangong Tso lake in Ladakh. Tourists were spotted driving an SUV in the clear waters of the lake. Additionally, a collapsible table and chair with food and alcohol bottles on top can be seen installed in the lake.

Please don’t mar the beauty of our own country. We must respect the local sentiments and behave as responsible citizens anywhere and everywhere. pic.twitter.com/H8K66VqEq0

Mr Rijiju’s has been liked by over 1,500 users. Many users also voiced concern about such irresponsible behaviour.

Why not impose blanket ban to allow any vehicles in 500mtr area near any sea shore or lake except the emergency vehicle i.e. Police Vehicle, Fire Tender or Ambulance.

Should catch them young. To respect the culture and nature has to be taught in schools and every parent should be responsible.

It’s important for people to understand that one should respect the law of the land. I see people going berserk in mountains which is so wrong. I think strict action should be taken against these people. While tourism is important but not at the cost of disrespect for that place

Strict action should be taken against those who spread filth under the guise of tourists and create ruckus. Strict rules like fine, entry ban, need to be implement @KirenRijiju Dada please take initiative

In the third recorded instance of careless behaviour this month, a few tourists were caught driving their SUV on the sand dunes in Hunder in Nubra Valley, Ladakh, which is well-known among adventure seekers.