Lauri Pajuniemi gets up-close look at his Rangers ‘dream’ 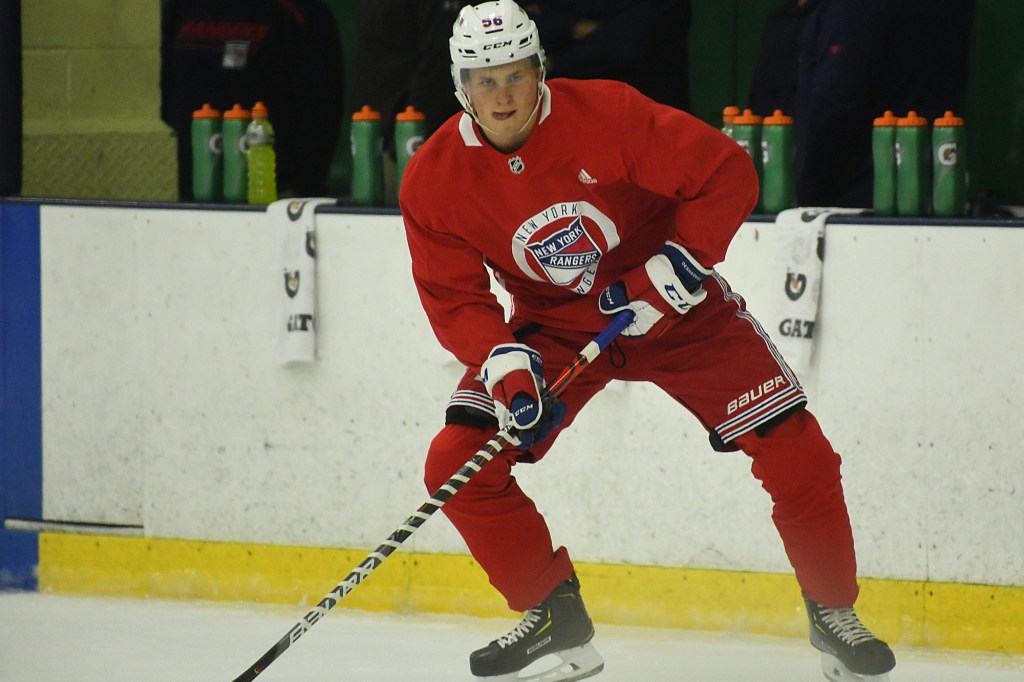 
Coming from Tampere, Finland, where the population is a mere 343,625, Lauri Pajuniemi is astounded by New York City.

It may be his third time attending Rangers development camp since he was drafted in the fifth round of the 2018 draft, but the 22-year-old is still in awe while touring the city filled with eight million-plus people during the prospect’s trip to Madison Square Garden this week.

“It’s huge,” he said with a smile. “So much bigger and more people than home in Finland, there we have like 5 million people in the whole country. The city is so big, so nice, and even when the sun is going down, you see all the light there. It’s wonderful.”

What about the storied MSG and the Rangers’ locker room?

“Of course, that’s the dream to play there,” he said.

Pajuniemi would certainly like to stick around. After four seasons with TPS in Liiga, the top professional league in Finland, he said he feels he has accomplished all he had to in his native country.

And while the 6-foot right winger works to make the Rangers’ AHL affiliate in Hartford, Pajuniemi has two familiar faces from home close by in fellow Fins Kaapo Kakko and Tarmo Reunanen. He mentioned that he and Reunanen practiced together all summer.

“Of course, a little bit he has [said] my skating has to be better,” Pajuniemi said of the advice Kakko gave him. “The coaches who are here have [said] that, too. I worked hard last summer [on] my skating.”

For Day 6 of development camp, Pajuniemi played on a line with the near NHL-ready Morgan Barron and 2020 second-round pick Will Cuylle. It made for a dynamic trio between Pajuniemi’s scoring prowess, Cuylle’s size and Barron’s ability to push it to an NHL-level pace.

Asked if he’s thought about where he fits within the organization, either with the Wolf Pack or the Rangers, Pajuniemi said he leaves that up to management.

Pajuniemi mentioned how he evolved from a small-role player on TPS’ third and fourth lines to logging over 20 minutes a game in the last two seasons. In 2020-21, Pajuniemi scored 22 goals and dished 16 assists with a career-high 38 penalty minutes in 48 games.

While he’s always been a notable goal scorer, Pajuniemi said his former Liiga coaches wanted him to play with the confidence that he could score more than just one a game. Once he started to think like that, he said, the goals just kept coming.

“I think now I know what kind of player I am,” he said. “I try to show that to the coaches. I like to work hard, skate a lot and shoot the puck. I think my shooting ability is my biggest weapon.”