Lars Nootbaar’s ridiculous catch may have been final Mets blow 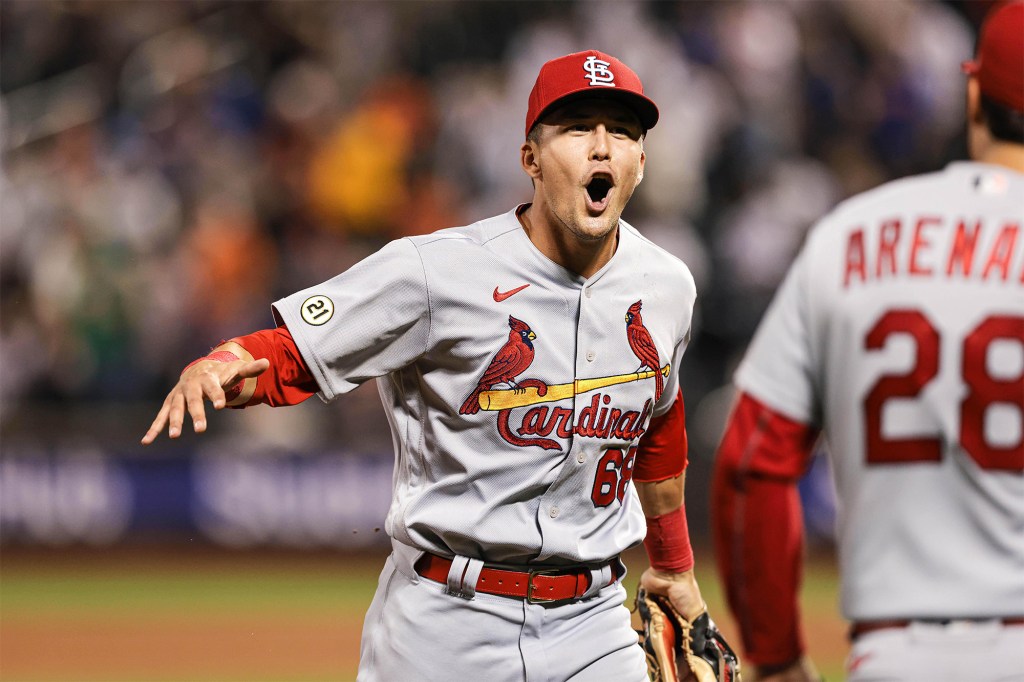 
It never is the culprit you expect. If this is a final dagger into the Mets’ season, it was Lars Nootbaar assisting in the stabbing.

Nootbaar, a young Cardinals outfielder appearing in his 44th career game and not a description of a Snickers, will be remembered in Queens as a robber, taking what might have been a game-altering home run away from Pete Alonso during the Mets’ 11-4 loss to the Cardinals at Citi Field.

There were plenty of frustrations in the Mets’ third straight defeat, but the image of Alonso, halted between first and second base and bent over in disbelief, will be the lasting one from Wednesday night.

There were two runners on in the bottom of the seventh in a game the Mets trailed by four when the big first baseman, who already had homered once, drove a T.J. McFarland changeup to deep right-center.

Minutes earlier — and three batters earlier — Nootbaar was watching from the dugout, but the Cardinals made a double-switch in which Noorbaar replace right fielder Dylan Carlson during a pitching change. Noorbaar drifted back, had to feel for the wall and rose, his left, gloved hand high above the orange line that determines a home run, and corralled it. He touched the ground and unleashed a fist-pump as McFarland did the same.

“Pete was a foot away from a home run,” lamented Jeff McNeil.

From the dugout, Luis Rojas thought Alonso had enough.

“The kid made a nice play,” the Mets manager said. “He just came in the game, and he was ready. You got to credit that, too.”

What might have been a one-run game in the seventh instead moved onto the eighth, when the Cardinals scored three times and turned the contest into a laugher.

The Mets’ season may go down as a series of what-ifs, which is how Wednesday’s game unfolded. It was not just Alonso who wondered if his swing had altered the game.

In the fifth, the sizzling Javier Baez appeared to have worked his magic again. With two on and two outs in a game the Mets again were down by four, he drilled a Jon Lester changeup to the center-field wall. What would have been a three-run home run with a few more push-ups instead died in the glove of Harrison Bader, who smacked the wall to make the catch.

In all, the Mets left 10 runners on base and went 1-for-14 with runners in scoring position, which is what frustrated Rojas most.

“For me, that was the biggest difference in the game,” Rojas said.

Their bats were quiet in big spots and the St. Louis outfielders’ gloves were loud. A Nootbaar sure sounds sweet, but he left the Mets feeling sour.