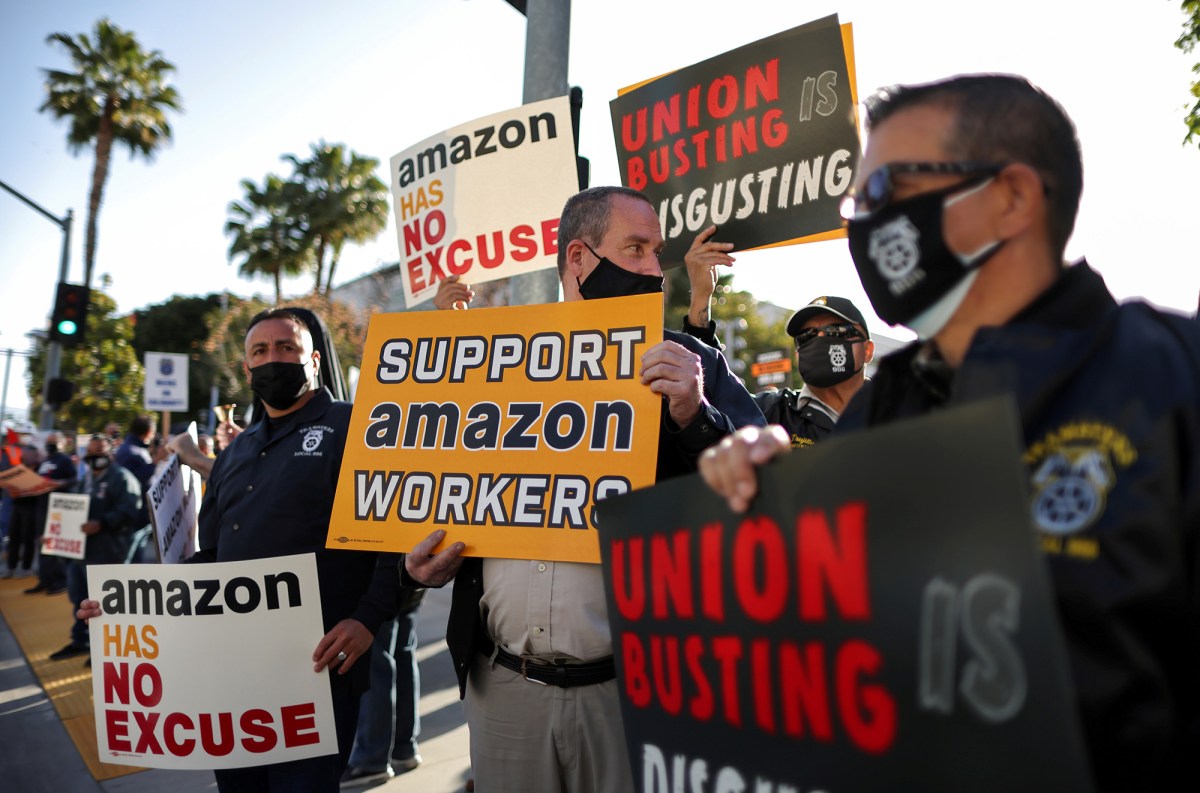 A federal labor official has recommended scrapping the results of an April vote against unionizing at an Amazon warehouse in Alabama and holding a new vote in its place, according to the union involved in the matter.

The Retail, Wholesale and Department Store Union said that the hearing officer for the National Labor Relations Board determined that Amazon violated labor law in the April election, which saw workers reject the plan to unionize.

The NLRB did not immediately return The Post’s request for a copy of the hearing officer’s recommendation.

The union accused Amazon of waging “an intensive anti-union campaign” and said the e-commerce behemoth was “willing to use any and all tactics, illegal or otherwise, to stop workers from forming a union.”

“The question of whether or not to have a union is supposed to be the workers’ decision and not the employer’s,” RWDSU President Stuart Appelbaum said in a statement. “Amazon’s behavior throughout the election process was despicable. Amazon cheated, they got caught, and they are being held accountable.”

The recommendation by the NLRB’s hearing officer is a key step toward potentially overturning the results of the April election.

The NLRB’s regional director will now review the evidence and could order a do-over of the election if the hearing officer’s recommendation is adopted.

In a statement, an Amazon spokesperson said “our employees had a chance to be heard during a noisy time when all types of voices were weighing into the national debate, and at the end of the day, they voted overwhelmingly in favor of a direct connection with their managers and the company.”

“Their voice should be heard above all else, and we plan to appeal to ensure that happens,” they added.

The April election, which caught national attention as it presented a potential foothold into one of the nation’s largest employers for labor organizers, saw Amazon handily defeat the unionization effort.

Only about 55 percent of the 6,000 employees at the warehouse in Bessemer, Ala., voted in the election, according to the NLRB, dealing a crushing blow to the union that had previously claimed it had secured 5,800 supporters.

Amazon needed just 1,608 votes, or a little more than half of the ballots cast, to defeat the union drive. It received 1,798, according to the National Labor Relations Board, which counted the votes.