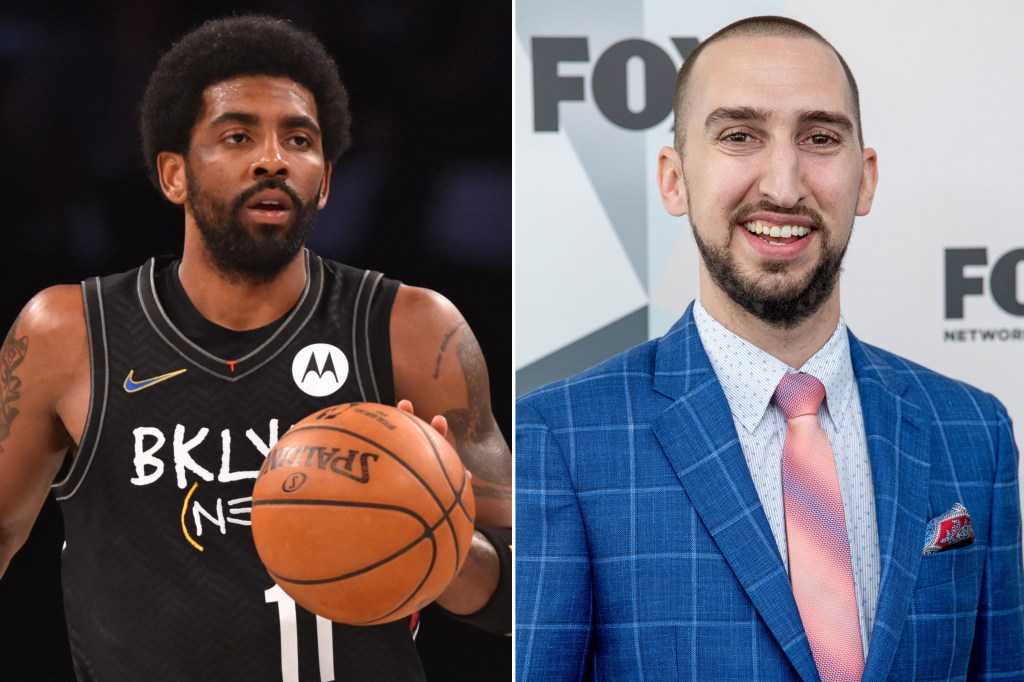 On Thursday, Fox Sports’ Nick Wright tweeted that Irving’s agents “have made it known that Kyrie would simply retire from the NBA if Brooklyn were to trade him.” The Nets’ superstar point guard was clearly not thrilled.

“A puppet,” Irving responded, with a GIF of an actual finger puppet.

Wright, who hosts the show “First Thing’s First” on FS1, stood his ground.

“Kyrie, if you’re saying you didn’t say you’d retire if you were traded, then your beef is with your representation, not with me, because you and I both know that’s what they’ve told people,” the 36-year-old host replied. Irving had no response as of Thursday afternoon.

There has been no real smoke for an Irving trade, with Brooklyn GM Sean Marks saying in August that he is “very confident” that all of the Nets’ big three will get extensions. Kevin Durant was the first, locking up a four-year, $198 million deal. Irving and James Harden aren’t expected to be far behind.

In a segment on “First Thing’s First,” Wright and Fox Sports’ Chris Broussard speculated on a Ben Simmons-for-Kyrie Irving swap between the Nets and 76ers. Wright suggested that the Nets have enough offense and would benefit from Simmons’ defense and size.