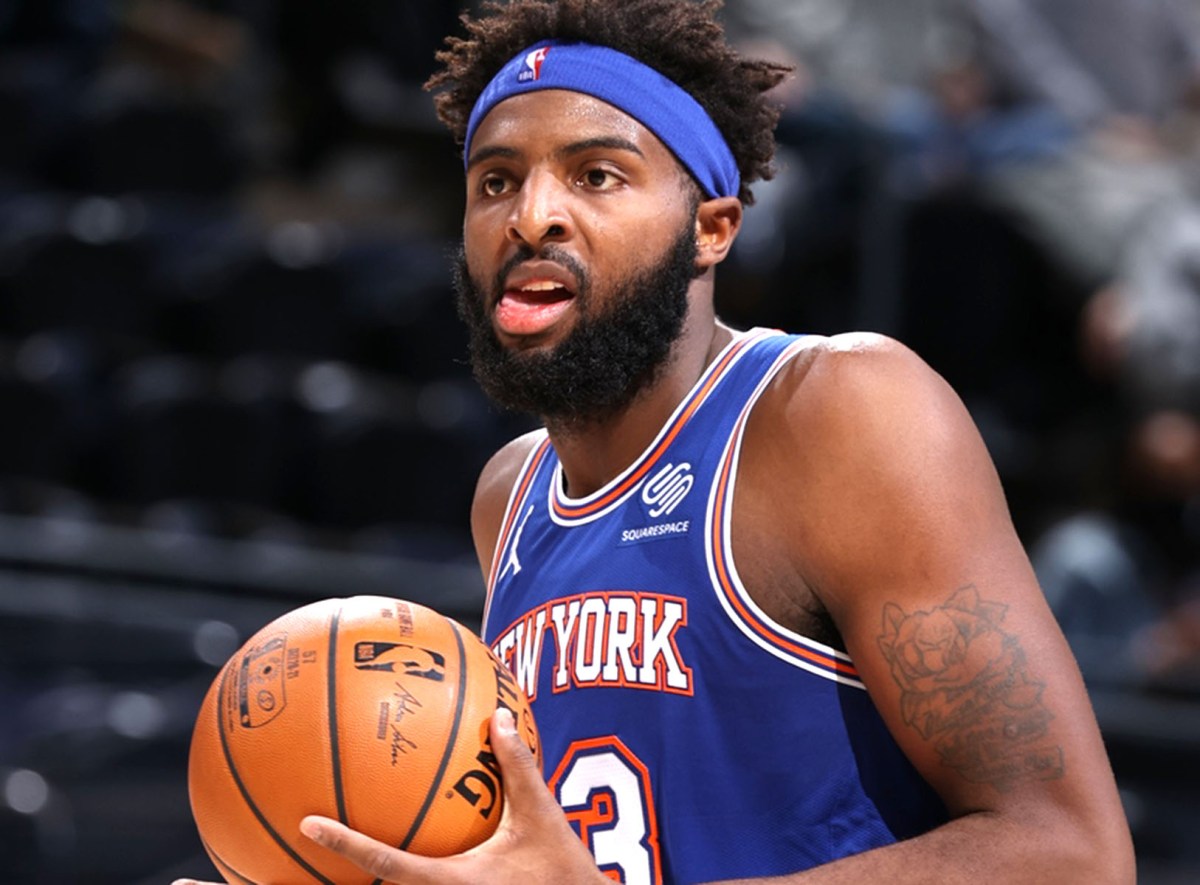 As expected, the Knicks exercised the $1.8 million fourth-year team option of center Mitchell Robinson on Saturday.

Robinson, drafted in the second round in 2018, can become an unrestricted free agent next summer, but the Knicks are hopeful they can sign the 23-year-old 7-footer to an extension well before that. He has been on a team-friendly contract since being taken 36th overall in 2018 and signing a four-year deal.

Meanwhile, the Knicks waived third-string shot-blocking center Norvel Pelle after drafting Texas center Jericho Sims in the second round (58th pick) of this year’s draft. Sims, a 6-10 athletic defensive specialist, could sign a two-way contract that would allow him to play at least 50 games this season.

The Pelle waiver likely indicates there’s a solid chance of Taj Gibson making his way back onto the roster at age 36. A source said Pelle could be re-signed in an emergency during the 2021-22 season.

Robinson had a gravely unlucky 2020-21 season, which included two separate major injuries — first a broken hand, then a season-ending broken foot in March. The Knicks felt Robinson’s loss the most in the first-round series against Atlanta, when Hawks center Clint Capela dominated against them.

The market value on Robinson is tough to gauge because he played just 31 games this past season. He averaged 8.3 points and 8.1 rebounds. He’s on his sixth agent — Thad Foucher of the Wasserman Group.