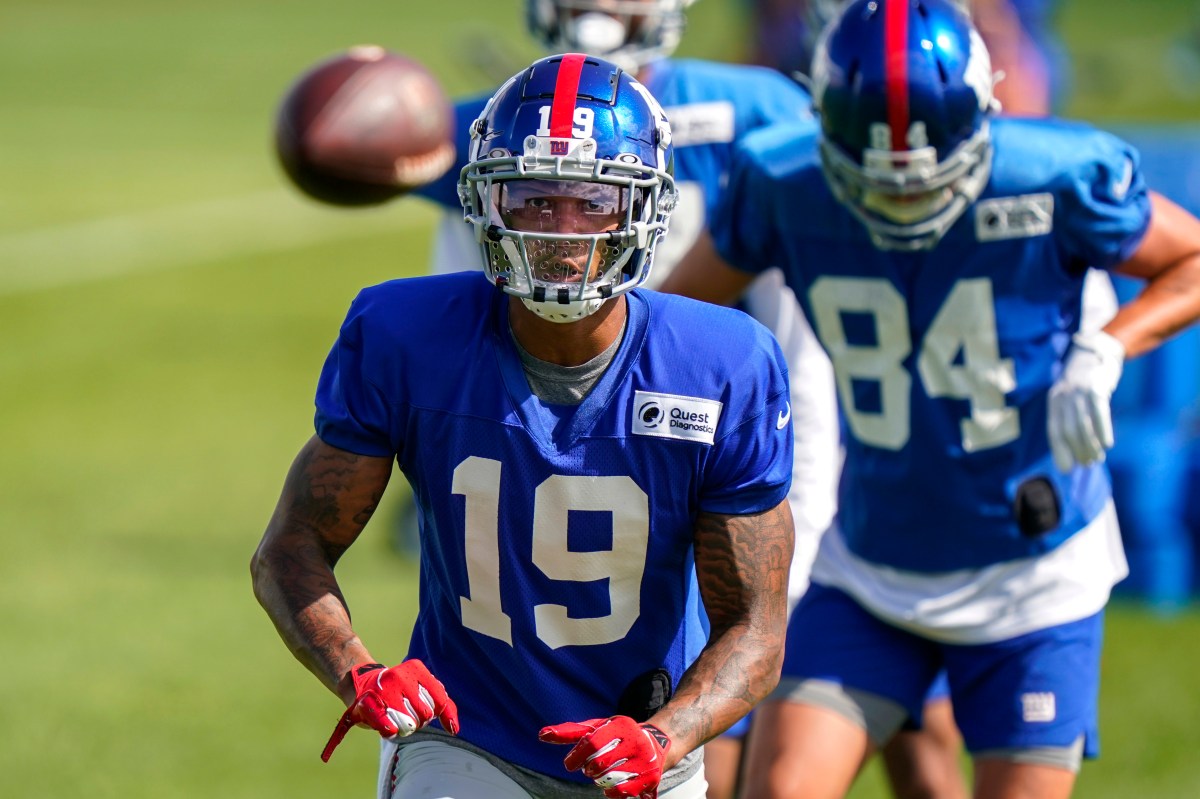 It was a quiet first week for WR Kenny Golladay, but the big-ticket free agent addition was more noticeable on Monday. He did not have many receptions in the 11-on-11 team periods, but he did leap about a mile (okay, that’s an exaggeration) into the air, completely stretching his 6-foot-4 frame, to haul in a Daniel Jones missile over the middle.

All of a sudden, the entire defensive unit began jogging around the field, a sure sign one of the Joe Judge penalty laps was going down. Judge was not happy (putting it mildly) that the field goal defense unit had only 10 men on the field and sent everyone – defensive coaches included – for a run.

We all know by now Judge is obsessed with special teams. We did not know he was an active participant. Judge kicked the ball off the tee in an onside kick recovery drill. He hit a knuckler that squirted out of the grasp of Jabrill Peppers, who dove and missed. Judge signaled for a first down for his side.

There is going to be some catching up needed for rookie OLB Elerson Smith, the fourth round draft pick from Northern Iowa. Smith missed time in the spring and thus far in training camp has not done much. Judge said “a small setback’’ is keeping Smith working with the trainers and that he should be considered day-to-day for now.