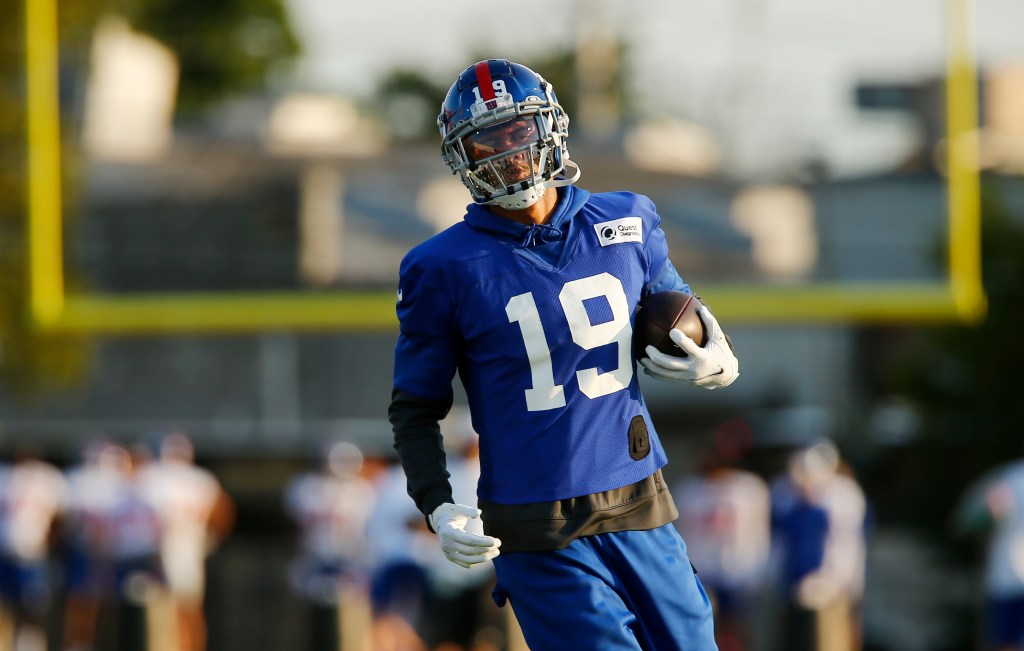 
The new-look Giants offense will be on display Sunday after all.

Receivers Kenny Golladay and Kadarius Toney, and tight end Kyle Rudolph — all of whom missed large chunks of training camp — are off the injury report and cleared to play in the season-opener against the Broncos.

The Giants will have their $72 million free-agent deep threat, their first-round rookie speedster and their veteran red-zone threat. They won’t have tight end Evan Engram (calf), who was ruled out. Running back Saquon Barkley (knee) and cornerback Adoree’ Jackson (ankle) are listed as questionable, but both are trending toward playing, based on practice.

“I’m going to play the same way I’ve been playing [since] before I got the deal,” Golladay said. “I’m going out there hungry, ready to compete and trying to make plays. Whenever the No. 19 is called to make a play, I want to be right there to answer that. I feel like they brought me here to make big plays, and I want to do that. That’s what I’ve been doing pretty much my career.”

After averaging 17.5 points per game last season — better than only the Jets — the Giants invested in playmakers. But, at one point in August, it looked as if Engram, Sterling Shepard and Darius Slayton — the core of last year’s offense — would be the only targets available for Daniel Jones in Week 1. Since then, they’ve made a 3-for-1 trade in gaining the newcomers, but losing Engram.

The missed practice time disrupted chemistry, however. It seems every Giant who has talked in the last week has warned of a potentially slow start.

“We have some vets in this offense that have made a lot of plays in this league,” Golladay said, “but as far as all of us playing as one, it’s going to be tough with only a week [of practice] out there.”

Golladay led the NFL with 11 touchdown catches in 2019, on top of his career-high 1,190 receiving yards. He had a career-high 70 catches in 2018. But his 2020 season mostly was wiped out by two hamstring injuries and another popped up early in training camp.

“I’m feeling a lot better,” Golladay said. “I’m able to pretty much do everything. Once I was able to go out there and not think about it, then I could play like myself.”

Broncos DE Bradley Chubb (ankle) is listed as questionable — a potential break for the Giants’ offensive line. Chubb is expected to line up opposite beleaguered left tackle Andrew Thomas.

Eight other Giants were listed as limited participants in practice but not in jeopardy of missing the game.

The Giants have won just one of their past nine season-openers (2016).

The fascinating Javier Baez question Mets will have to answer