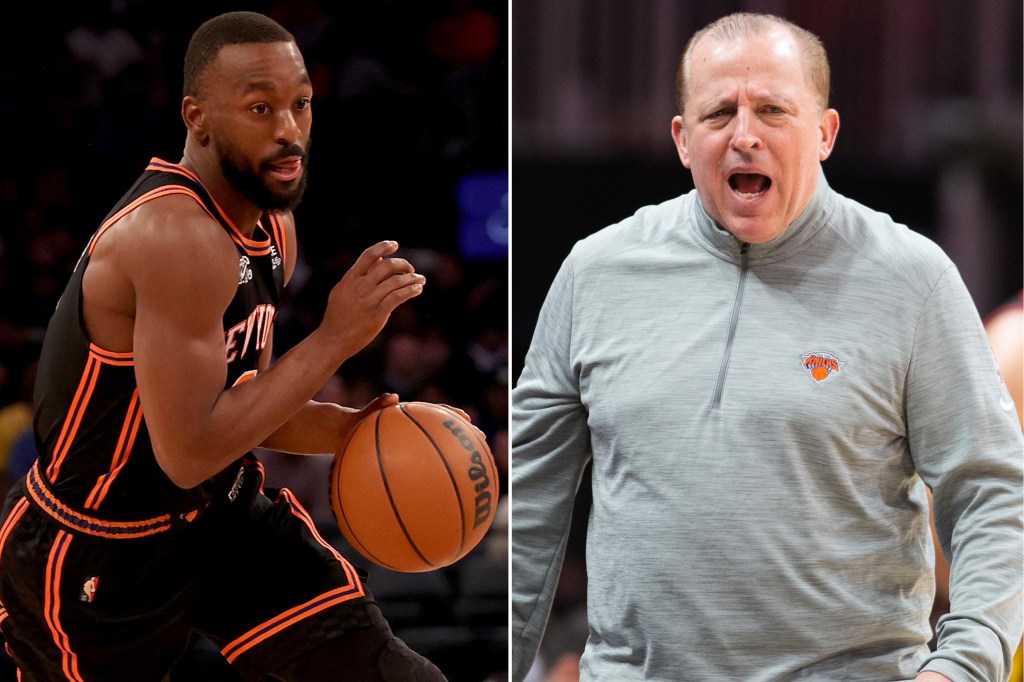 Among his many talents, Tom Thibodeau apparently knows how and when to deliver bad news. If you plan to announce that you are benching a universally respected and beloved New York basketball figure a mere 20 games into his homecoming, do it on the same day the Mets are signing Max Scherzer to a landmark deal.

Kemba Walker is most definitely out, and Scherzer is most definitely in, and tomorrow there will be other stories that keep you awake in the city that never sleeps. But between here and baseball’s Opening Day, when Scherzer and Jacob deGrom will flip a coin in the dugout to see who gets the start, the 11-9 Knicks will play a lot of meaningful basketball games.

And Thibodeau just showed that he will be fearless in coaching them.

He is closing hard on his 64th birthday, so what’s the point of being afraid of doing the right thing? Thibodeau is on his third head coaching job in the NBA, and almost certainly his last. He is not a 40-year-old man who needs to protect the long career in front of him, and who might be inclined to play the people his bosses prefer him to play.

After trying and failing in Chicago and Minnesota, Thibodeau is hellbent on winning a championship before he’s done. It was already clear to him, and to any educated basketball fan watching, that Walker was not going to help him get closer to that goal.

Over the summer, when Knicks president Leon Rose signed the former Hornets and Celtics point guard to a two-year, $18 million deal, the investment didn’t make much sense. Out of Bronx public housing and the Gauchos and Rice High in Harlem, Walker was a good story who wasn’t a good fit.

He was 31, only 6-feet tall, and a poor defender now being asked to play for a coach who values defense over everything else. Walker also had a bum knee that limited him to 43 games last season, and that knocked him out of the final two games of Boston’s first-round playoff loss to Brooklyn. The 36-36 Celtics decided Walker wasn’t part of their solution and dealt him to Oklahoma City, which granted the point guard the buyout that allowed him to go home.

Rose signed a small, aging, injured player who wasn’t valued by a weaker team in his own division, so Thibodeau’s announcement Monday was always a question of when, not if.

“It’s a tough decision to make,” the Knicks coach said, “but you always have to do what you think is best for the team. … I’ve got great respect for who Kemba is as a person, number one, and all that he’s accomplished in this league.”

So does everyone who’s been a part of his basketball life. The ultimate pro’s pro, Walker has a generosity of spirit that makes him awfully easy to root for. At the Garden news conference called to introduce Walker and fellow newbie Evan Fournier — another player Boston didn’t keep — Kemba’s mother, Andrea, said that she was glad her son was joining the Knicks in his later years, and that the pressure of playing in New York would’ve been a lot for him to handle right out of Connecticut.

“I think he’s at a point in his life and career now that he’s ready for all of this,” Andrea Walker said that day.

The dream was for her son to make the kind of memorable Garden buzzer-beater for the Knicks that he once made for UConn against Pitt in the Big East Tournament. The reality was that Walker had lost the explosiveness that made him an NCAA champ in 2011, Michael Jordan’s first-round pick in Charlotte, and a four-time All-Star.

His plus/minus with the Knicks is -122 in 441 minutes, a ghastly stat made worse by the fact that his primary backup Derrick Rose weighs in at +113 in 390 minutes. So Thibodeau had to do something. In fact, with his starters at a combined plus/minus of -357 and his top five reserves at a combined +388, Thibs might have to make more changes beyond putting Alec Burks in Walker’s place.

Burks is a bigger, better player on both sides of the ball, and his coach cited size and defense and a need to tighten up the rotation as reasons for demoting Walker to the end of the bench.

“I don’t like the way we’ve been trending,” Thibodeau said.

So he made a move that was trending on Twitter on a blockbuster baseball day. Thibodeau didn’t care that he was effectively rejecting a deal made by Rose, his boss and former agent. He just made the Knicks better by proving he will not be afraid to coach them.

Twerking bride in a thong gives groom a lap dance at...