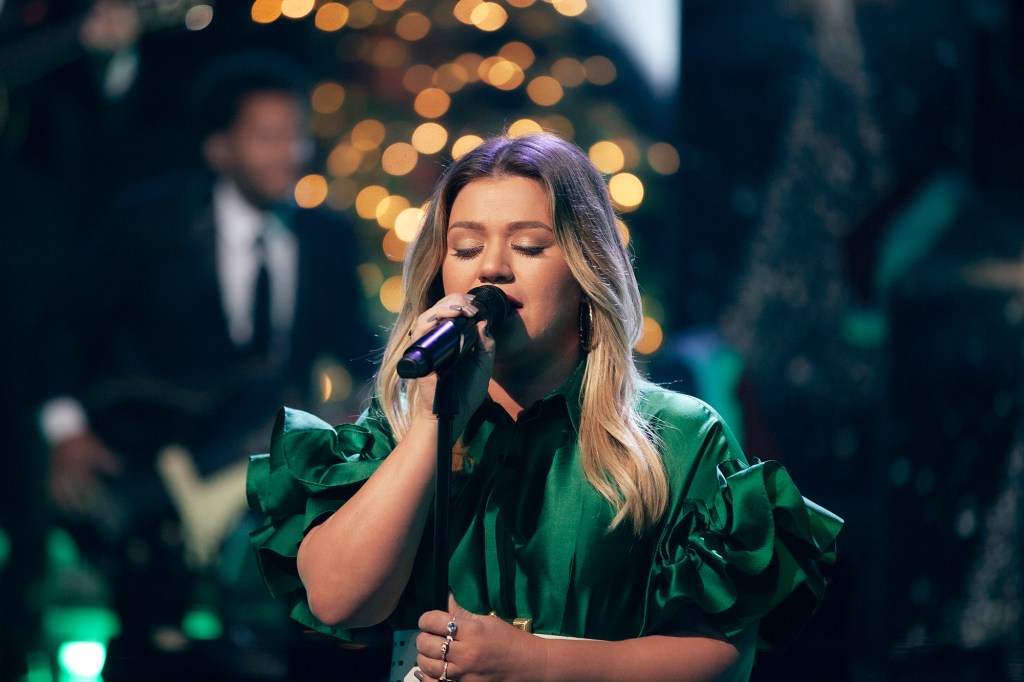 
Kelly Clarkson won’t let the drama that is 2021 drag down what was once hyped as the happiest time of the year — hence her new single: “Christmas Isn’t Cancelled (Just You).”

The sassy jam is part of a larger holiday album — “When Christmas Comes Around” — that Clarkson will drop Oct. 15. The release will feature original and iconic holiday songs, including covers of Mariah Carey’s ubiquitous “All I Want For Christmas Is You” and Eartha Kitt’s sexy “Santa Baby.”

“My purpose for choosing this lyric for being the title of this project was to bring forth a sense of reality to the fact that we are probably all in very different places emotionally ‘when Christmas comes around,’ ” the “American Idol” icon said in a statement. “Wherever you are, and whatever you may be experiencing, I wanted everyone to be able to connect to a message on this album.”

“Christmas Isn’t Cancelled (Just You)” also describes a season without a love interest, maybe having just gotten out of a relationship or hurt by someone. That tracks: “The Voice” coach and daytime TV host is celebrating the recent upholding of her prenuptial agreement with ex-husband, Brandon Blackstock, 44, after a lengthy divorce court battle.

In the animated mini video Clarkson tweeted with the announcement of her new song, the chorus of the song plays as a man is shown disappearing from the picture as a woman, who looks a lot like Clarkson, enjoying the holidays on her own.

Already, fans tweeted replies to Clarkson, fawning over the latest single: “Kelly said, I wanna drag a man. But make it Christmassy,” wrote one user.

With cancel culture being at an all-time high in 2021, Clarkson crafted the perfect single to culminate a year full of canceled people, holidays, books and more.

It was the year of people being called out and declared “over” — with Dr. Seuss, Mike Richards of “Jeopardy!” and Chris Harrison of “The Bachelor” franchise being the most recent casualties of the trend.

Before cancel culture could claim the holidays, too, Clarkson declared Christmas to be un-cancelable, leaving it to people to be ousted instead.

Chris Kreider: Rangers’ leadership needs to be more than a captain