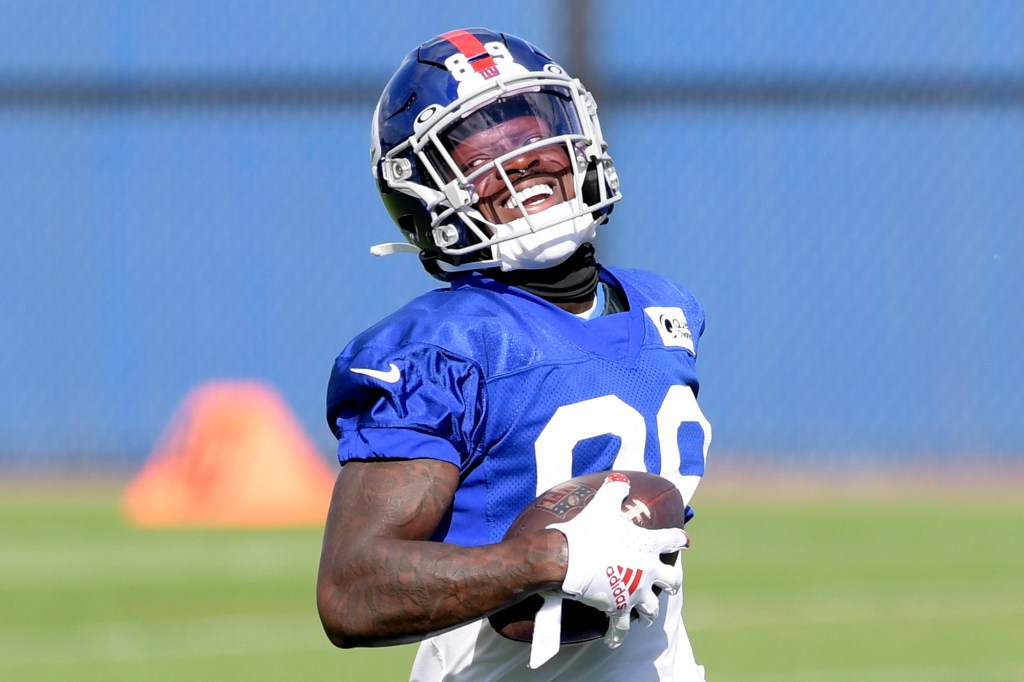 
Maybe Kadarius Toney was just testing out lyrics for his next album.

Toney’s social media post that set off alarm bells — “I don’t be mad s—t just be lame to me” — in the moments after Thursday night’s game was not indicative of a rookie frustrated with his limited role in the Giants offense.

“The initial [message], whatever it was, had absolutely nothing to do with the New York Giants, the National Football League or football in general,” coach Joe Judge said. “Our message to the players is whatever you put out there, make sure you don’t have to explain, clarify or defend.”

Toney had zero touches on 19 offensive snaps against Washington. Judge and Toney chatted on the sideline during the game, before the rookie first-round pick stood by himself as if he were sulking.

Toney, who moonlights as the rapper “Yung Joka,” left no room for interpretation later Friday night when he called media “clowns” after his get-to-the-bottom discussion with Judge.

“It’s a different generation — and I don’t say that in a bad way,” Judge said. “Thank God there weren’t camera phones and social media when I would’ve been tempted to use them myself.”

Toney has two catches for minus-2 yards and has not been used as a special teams returner through two games.

“We don’t go into a game plan ever with any of our skill players and say, ‘This guy doesn’t touch the ball,’” Judge said. “Our offense took a step in the right direction the other day. Sometimes some guys get more touches than others.”

TE Evan Engram (calf) seemed to be running well during individual drills and is “moving in the right direction,” according to Judge. The Giants expected Engram to play no later than Sunday otherwise he would’ve been put on injured reserve at the start of the season to open a roster spot while he missed the necessary three games.

RB Saquon Barkley (knee) did not participate in those same drills as the Giants use the 10-day window between games to ease him back following a 58-snap game.

Matt Peart, who was the starting right tackle until he was overtaken by Nate Solder in the final week of the preseason, did not play at all in Week 2. Peart will begin practicing at guard, too.

Judge is “hopeful” that LG Shane Lemieux, who is out for at least the next two games, will be able to return from a knee injury. But season-ending surgery has not been ruled out.

“I know he’s talking to the doctors about a couple different procedures right now,” Judge said. “We’ll see where that goe