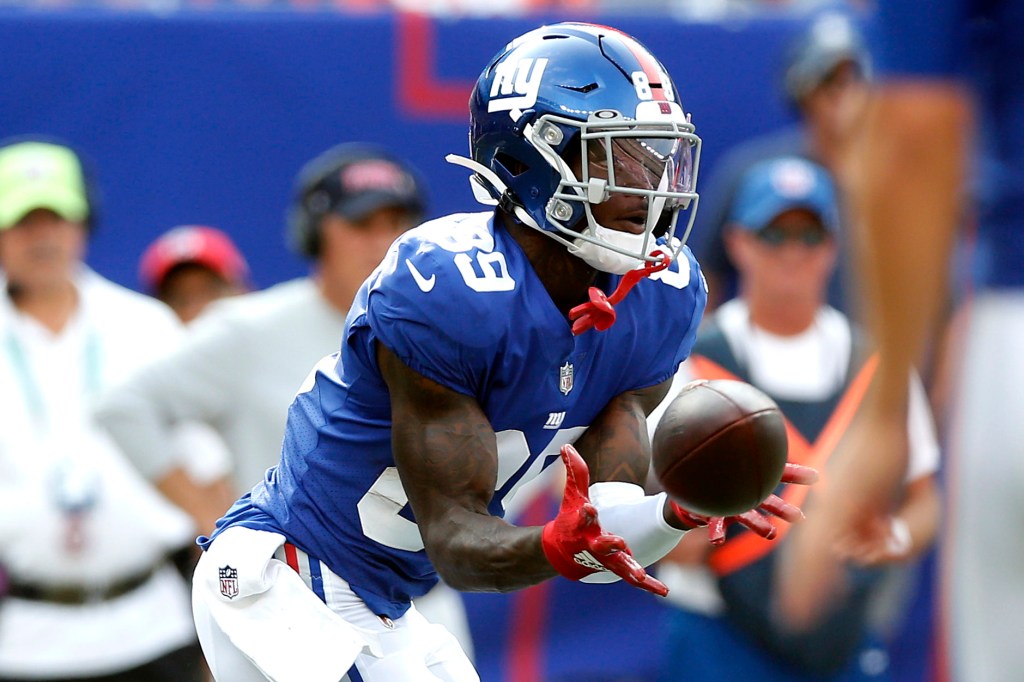 The 20th overall pick in the 2021 NFL Draft appeared visibly frustrated during Thursday’s 30-29 loss to Washington — specifically after coach Joe Judge pulled him aside for a chat in the third quarter. Toney did not return to the game after that conversation.

After the Giants’ second straight loss, Toney took to Instagram to share a meme that read, “I don’t be mad s–t just be lame to me fr.”

On Thursday, Toney played 19 snaps and was not targeted by Daniel Jones. Toney is the fourth receiver on the Giants depth chart behind Kenny Golladay, Sterling Shepard and Darius Slayton.

In his NFL debut in the Giants’ 27-13 Week 1 loss to the Broncos, Toney played five snaps.

The University of Florida product missed all three of the Giants’ preseason games and a portion of training camp after he tested positive for COVID-19. He also dealt with a hamstring injury.