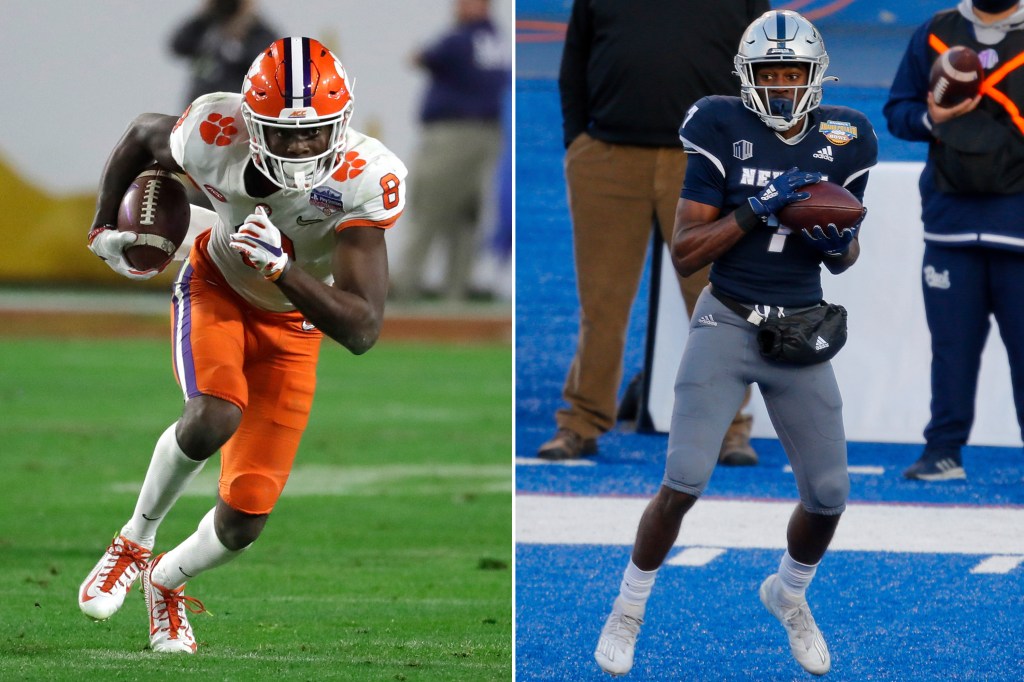 A look at five of the country’s premier college football receivers who could pick up where Alabama’s DeVonta Smith left off last year:

Romeo Doubs, Nevada: Doubs isn’t going to lead Nevada to a national championship like Smith did for Alabama, but he should put up absurd numbers after racking up over 1,000 yards and nine scores a year ago in nine games. Unlike some of the nation’s other top receivers, the 6-foot-2 Doubs doesn’t have to get used to a new quarterback after thriving with Carson Strong a year ago.

Ty Fryfogle, Indiana: A dynamic deep threat, Fryfogle averaged 19.5 yards per reception a year ago and hauled in a career-best 721 receiving yards. His numbers would’ve been even better had quarterback Michael Penix Jr. not missed the season’s final two games with a knee injury.

John Metchie III, Alabama: On most teams, Metchie would’ve been a No. 1 receiver last year. He’ll get that opportunity for Alabama this season after notching 55 catches for 916 yards and six scores as a sophomore. One big question: How long will it take for the 6-foot Metchie to develop chemistry with new quarterback Bryce Young?

Chris Olave, Ohio State: He plays bigger than his 6-foot-1 frame and can beat you with precise route-running or game-breaking speed. His 2020 season of 50 catches for 729 yards and seven touchdowns in seven games was strong. Expect 2021 to be even better. The one issue for Olave making a Heisman run is the talent he shares the position with, in particular Garrett Wilson. The Buckeyes receiving core is loaded, which could diminish Olave’s numbers.

Justyn Ross, Clemson: If he’s healthy and himself, Ross is as dynamic as any receiver in the country. But that’s a big if after he missed all of last season with a spinal injury, after producing 112 receptions for 1,865 yards and 17 scores his first two seasons at Clemson. He also has to get used to playing with a new quarterback in sophomore D.J. Uiagalelei.