Justin Bieber shouts out ‘this COVID thing ’ in VMAs speech, ‘ya know’ 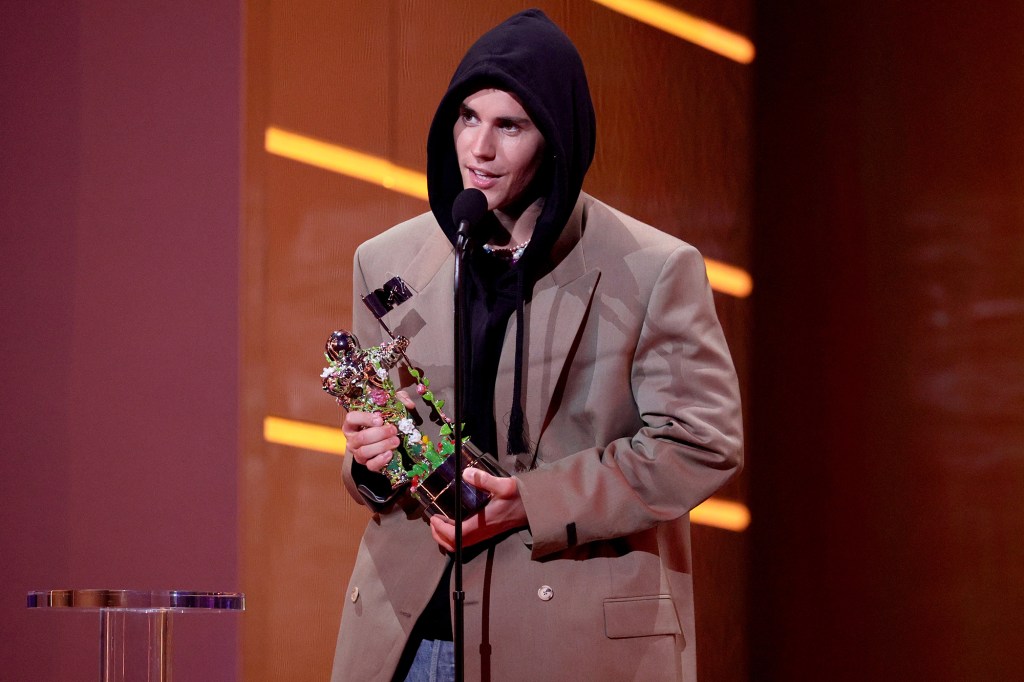 
He beliebs in the healing power of music.

Justin Bieber took the 2021 MTV VMAs for a slightly somber turn after referencing the coronavirus pandemic during his acceptance speech at Brooklyn’s Barclay’s Center Sunday.

“As you know, there’s so much going on in the world as we speak. Um, I know you guys have probably heard it a lot — but we are in unprecedented times right now, with this, um, COVID thing that’s happening,” continued Beebs, who had beat out contenders Megan Thee Stallion, Doja Cat, Ariana Grande, Olivia Rodrigo, and Taylor Swift to nab the coveted accolade.

“Ya know, it’s not a COVID thing — but it’s a big deal ya know, and um,” he pronounced as he gazed into his moon man’s eyes.

Bieber went on to earnestly credit music with helping bring people together during these tumultuous pandemic times.

“I just wanna say that music is such an amazing opportunity and an amazing outlet to be able to reach people,” the Grammy-winner gushed to a round of applause from the audience. “To be able to bring us all together. And that’s why we’re here right now, right? We’re all here together — and we got a lot more in common than we don’t.”

Bieber concluded his soap box session by thanking his wife, Hailey, and Travis Scott, his close friend with and frequent collaborator.

The Canadian artist also shouted out another pal, UFC Fighter Conor McGregor, saying “we’re gonna get ’em next time my boy.” He was presumably referencing the Irish brawler’s disastrous last bout with Dustin Poirier, in which McGregor injured his own leg.

The former two-division champion had made headlines earlier that night after getting in a scuffle with rapper Machine Gun Kelly.

Subway Series staredown was the jolt we needed

From zippers to glass, shortages of basic goods hobble US economy – World News