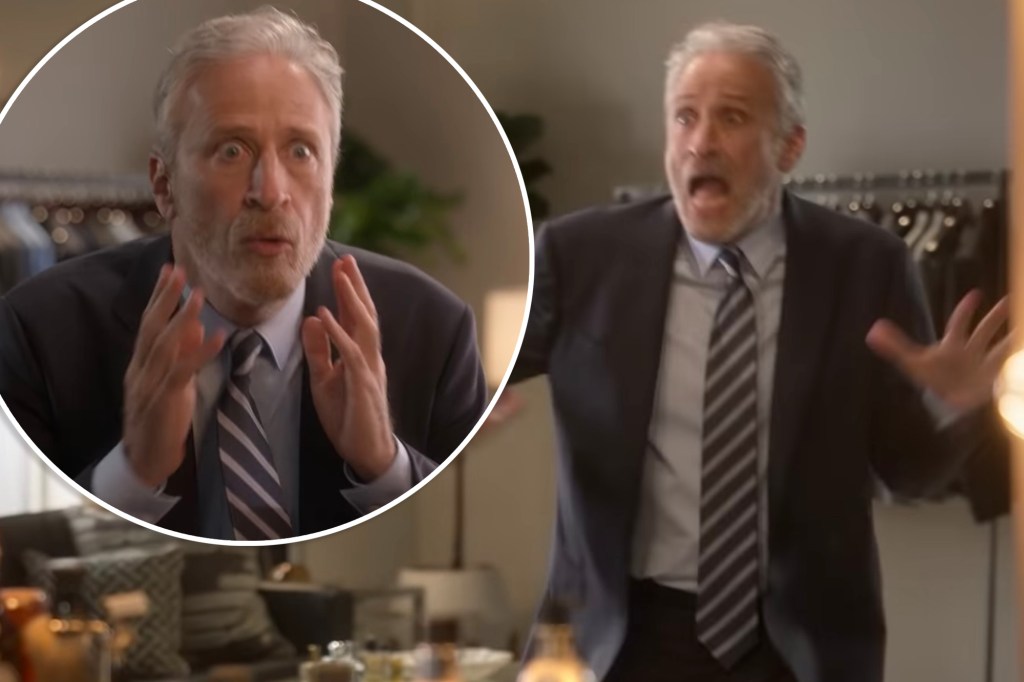 Jon Stewart has a problem: He feels old.

The 58-year-old comedian released a teaser for his newest TV series, “The Problem With Jon Stewart,” on Monday set to the tune of Bruno Mars’ hit “24K Magic.” The video starts off with Stewart putting on a suit and tie, but as soon as he took a glance at himself in the mirror, he screams, “What the hell happened to my face?”

The current affairs series will release a new episode every week and will also be accompanied by a podcast, with episodes of that dropped weekly as well.

Each show will focus on a subject that’s “part of the national conversation,” according to a statement released by Apple.

“Stewart will be in discussion with the people who are impacted by the issue — as well as those who have a hand in creating the impact,” the streaming giant said. “Together, they will discuss tangible steps that can lead to a solutionary path forward. The companion series podcast will extend the conversation from each episode, featuring staff members from across the show who will bring us interviews with activists in the space, the facts on the issue, and yes, lots of jokes.”

The “Daily Show” host signed a multiyear production deal with Apple in 2020.

Stewart has another project coming next month. He will be joining fellow funnyman Pete Davidson on Sept. 12 at Madison Square Garden for a charity comedy benefit to commemorate the 20th anniversary of the 9/11 attacks.

“We wanted to put on a fun celebration to honor this great city’s resilience,” the two hosts said in a joint statement regarding the show. “It’s nice to be able to do this with friends and people we love.”