Joey Gallo, Gleyber Torres out of lineup against Blue Jays 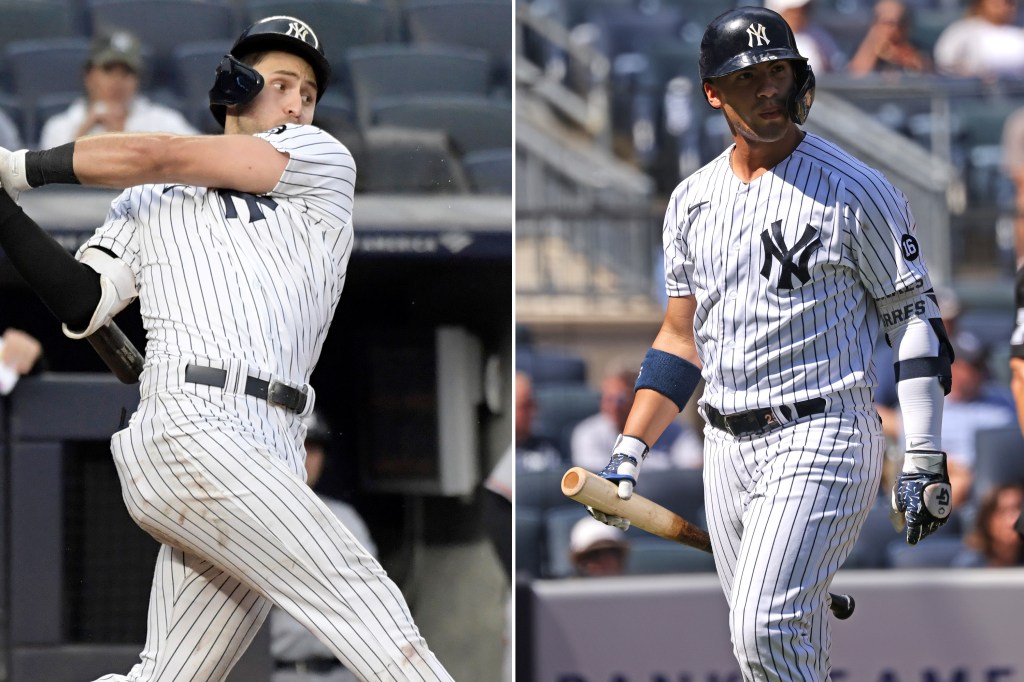 
A slumping Joey Gallo and a shaky Gleyber Torres both were left out of the starting lineup Tuesday against Toronto lefty Steven Matz.

Andrew Velazquez is starting at shortstop in place of Torres, who made two costly defensive mistakes (one error) in the team’s previous two losses.

After striking out four times in Monday’s 8-0 loss to the Blue Jays, Gallo is batting .130 with 61 strikeouts in 123 at-bats since the Yankees acquired him from Texas ahead of the July 30 trade deadline.

Could *NSYNC reunite to collab with Drake after ‘CLB’ sample?