Joey Gallo forced out of Yankees game with neck tightness 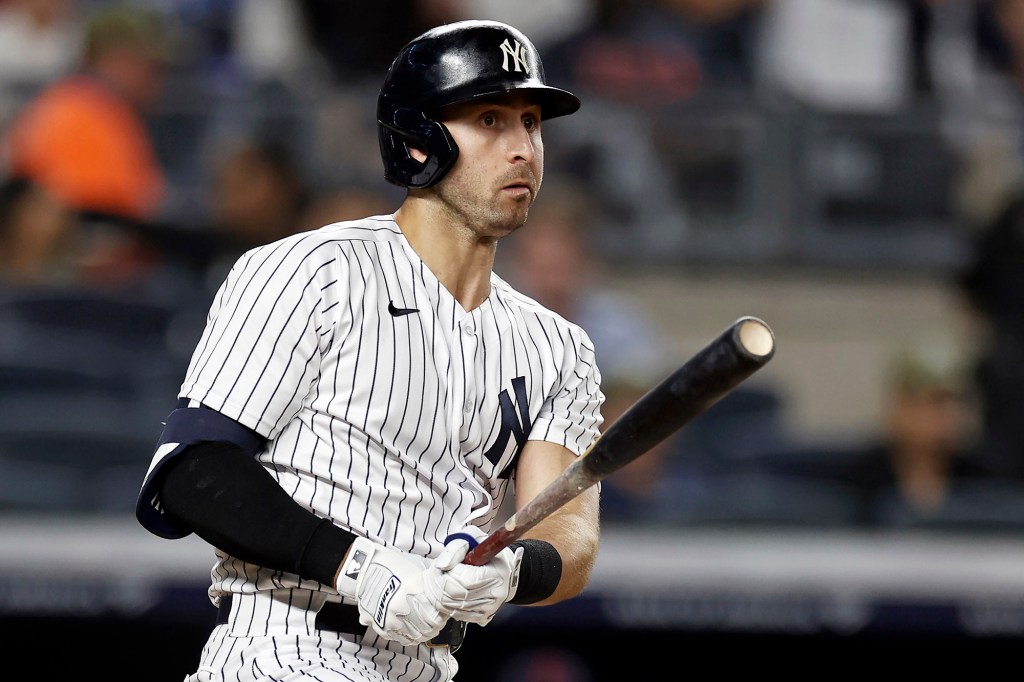 
Just as he was heating up, Joey Gallo was forced to take a seat Saturday afternoon.

Gallo left the Yankees’ game against the Indians after three innings because of neck tightness, the team said. He was replaced in left field by Tyler Wade to start the top of the fourth.

In his only at-bat Saturday afternoon, Gallo popped up to third base and appeared to be favoring his neck as he did, according to TV replays. The YES broadcast also showed Gallo grabbing at his neck during Friday night’s game in which he hit two home runs.

Before Saturday, Gallo had crushed six home runs in his last six starts as the Yankees head down the stretch of a heated playoff race.