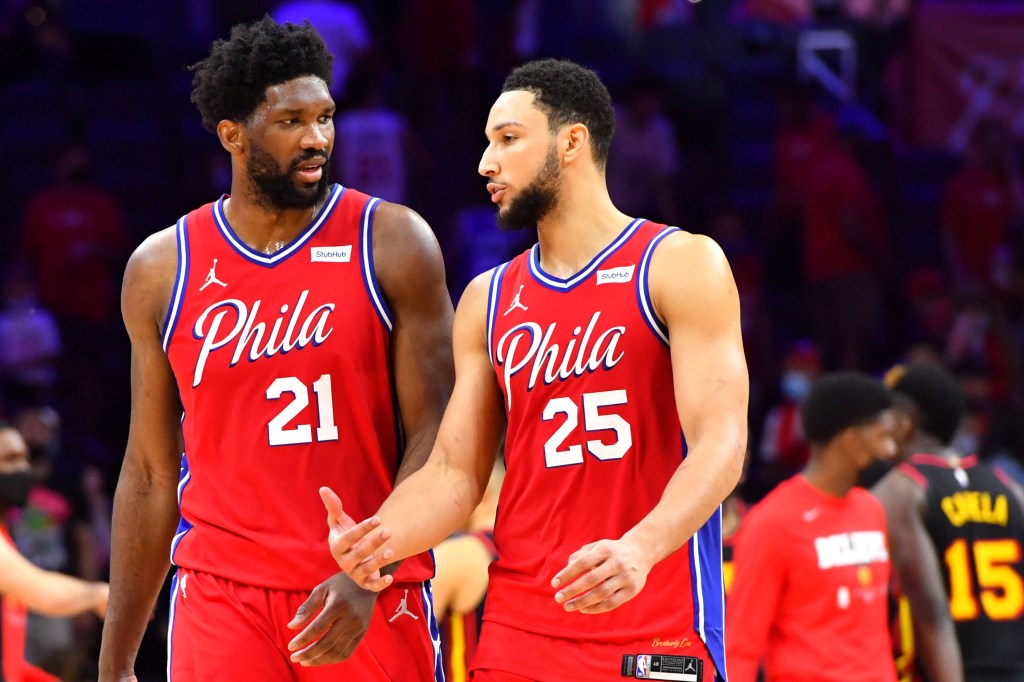 
Joel Embiid wants to be kept out of the growing Ben Simmons drama.

After Simmons reportedly informed the 76ers last week that he hopes to be traded and has no plans to attend training camp later this month, USA Today’s Jeff Zillgitt wrote Sunday that the “Simmons-Embiid rift had been escalating” and that the Sixers “had to pick one or the other.”

“Trust me bro!! Stop using my name to push people’s agendas,” Embiid, a four-time All-Star center, responded Wednesday on Twitter. “I love and hate drama. I love playing with Ben. Stats don’t lie. He’s an amazing player and we all didn’t get the job done. It’s on me personally. I hope everyone is back cuz we know we’re good enough to win.”

In four seasons with Philadelphia, Simmons won the league’s Rookie of the Year award in 2018 and made the All-Star team in each of the following three seasons. He also has been named twice to the NBA All-Defensive first team.

The former No. 1 overall pick posted 14.3 points, 7.2 rebounds and 6.9 assists per game last season, but he averaged just 11.9 points over 12 playoff appearances. He also shot just 34.2 percent from the free-throw line in the postseason, including a seven-game loss to the Hawks in the Eastern Conference semifinals.