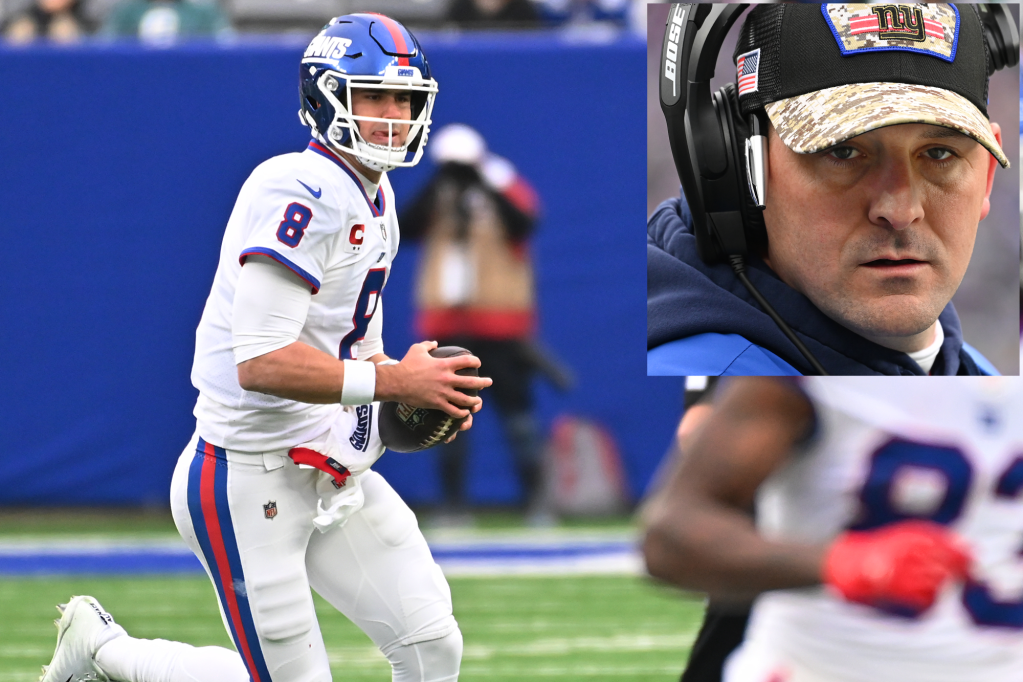 It was not going to happen with less than a full week of preparation. Joe Judge fired offensive coordinator Jason Garrett last Tuesday and installed Freddie Kitchens as the offensive play-caller on a short week for the Giants heading into their game with the Eagles. Any anticipated improvement and transformation was not going to come to fruition so quickly and what was seen on the field in Sunday’s 13-7 victory was validation that this is going to take time.

“As we go through the remainder of the season, there’s going to be a little bit of evolution just with the usage of our players and the personalities of some of the coaches within the play-calling and the development of the game plan will probably come on out,” Judge said Monday. “I’m not going to sit here and tell you that it’s going to be flipped on its head immediately, but over the course of time that will naturally take place. Having a normal week does allow a lot more freedom to kind of get in there and kind of dig into some different things.”

Judge said his team came off “a transition week” and believes a full week of work before playing the Dolphins in Miami will give Kitchens, the rest of the offensive staff and the players the necessary time to make it work. The first showing post-Garrett was not impressive, as the Giants scored only one touchdown, managed only 264 total yards and were 3 of 12 on third-down conversions. Judge was encouraged with having eight plays of 17 or more yards.

“We couldn’t go in there and really radically change it too much,” Judge said. “There’s some little things we found schematically to make a difference. In a short week it’s not realistic to go in there and just flip everything over.”

The Giants are coming off the best performance of the season from their defensive backs and a deep group will get deeper this week. Free safety Logan Ryan, who missed the past two games on the Reserve/COVID list, has cleared the protocols and was at the team facility on Monday. He will make his return Sunday in Miami.

The Giants went 3-5 at home in 2020. At 3-3, they have already matched that win total this season at MetLife. With two home games remaining (vs. the Cowboys and Washington) the Giants have a chance for their first winning record at home since 2016, when they were 7-1. Since then, they are 12-26 playing in front of their fans in their home building. Under Judge, the Giants are 4-0 at home against their NFC East rivals.

The stadium on Sunday was louder and the towel-waving fans more energized than any other game this season.

“I thought it was awesome,” Judge said. “You wake up and all of a sudden the cold air is hitting your face, feels a whole lot more like football season, you know what I mean? You go out there, it’s gray, overcast, it’s cold, it’s got that damp feeling, people in the stands wearing knit hats and heavy coats and stuff, it kinda looks a whole lot more like football season to me. Great energy, great passion. It should be that way when you play an NFC East home game, that’s the way it should be.”