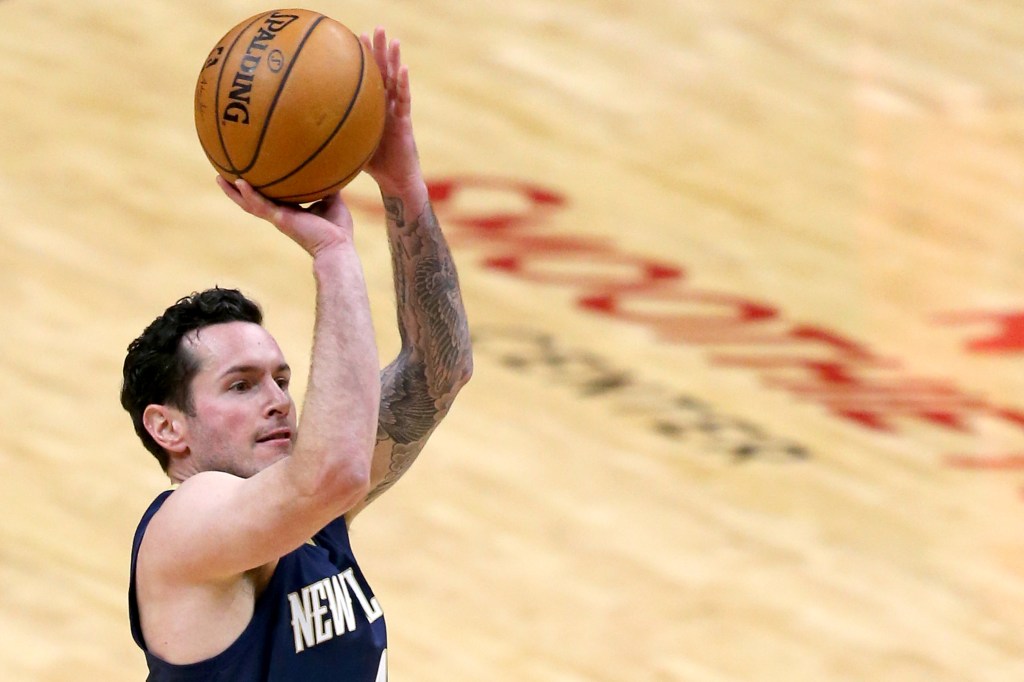 When the 37-year-old, who lives in Brooklyn, does decide, expect the Knicks and Nets could be in the mix as he has been regularly connected to the two local teams.

“My focus right now is just hanging with my family and enjoying the offseason. And we’ll make a decision on next season — what team, what city, etc. — probably sometime in the next two or three months,” Redick said on a recent episode of his podcast, “The Old Man and the Three.”

Redick is coming off a frustrating season in which he averaged 7.4 points per game (44), due in part to a heel injury. New Orleans traded him to Dallas at the deadline in March — a move he ripped Pelicans GM David Griffin for, since he wasn’t allowed to choose a destination.

After Redick was traded, Griffin told reporters that he tried to trade the 15-year veteran close to Brooklyn but teams “were not necessarily the most aggressive in landing him.” Griffin added that Redick’s move to Dallas was influenced by the Mavericks being a playoff contender at the time.

“But, you know, I would say, pretty much definitively, like, I won’t be in a training camp to start the season. That’s not gonna happen,” Redick said on his podcast.

“So, you know, I’ll join a team at some point this season and finish the year and try to go get a chip.”

The Pelicans traded Redick to Dallas, along with with Nicolo Melli — and New Orleans picked up James Johnson, Wes Iwundu, a 2021 second-round pick, and cash considerations. At the time, the Knicks and Nets were both interested in Redick — but only on the buyout market, The Post’s Marc Berman reported.

“I look at the buyout situation not as ‘Oh I’m going to get bought and go to Brooklyn,’” Redick said at the time, according to the New Orleans Times-Picayune. “I just wanted to be able to, on an off day, go see my family and be within driving distance… Obviously, he did not honor his word.”

Right now, the Nets and Knicks do not have an open roster spot. While the height of free agency has passed, NBA rosters will shuffle during the season.

Redick previously spoke about his love for the city of New York and playing at Madison Square Garden during a February episode of his podcast with Knicks All-Star Julius Randle.

“It is what makes the Knicks experience I feel, like, special,” Redick said. “Playing in New York is amazing. I choose to live in New York City in the offseason. I love the city. Madison Square Garden going back since the McDonald’s All American game, it’s been my favorite arena.”