Jets vs. Patriots: Preview, predictions, what to watch for 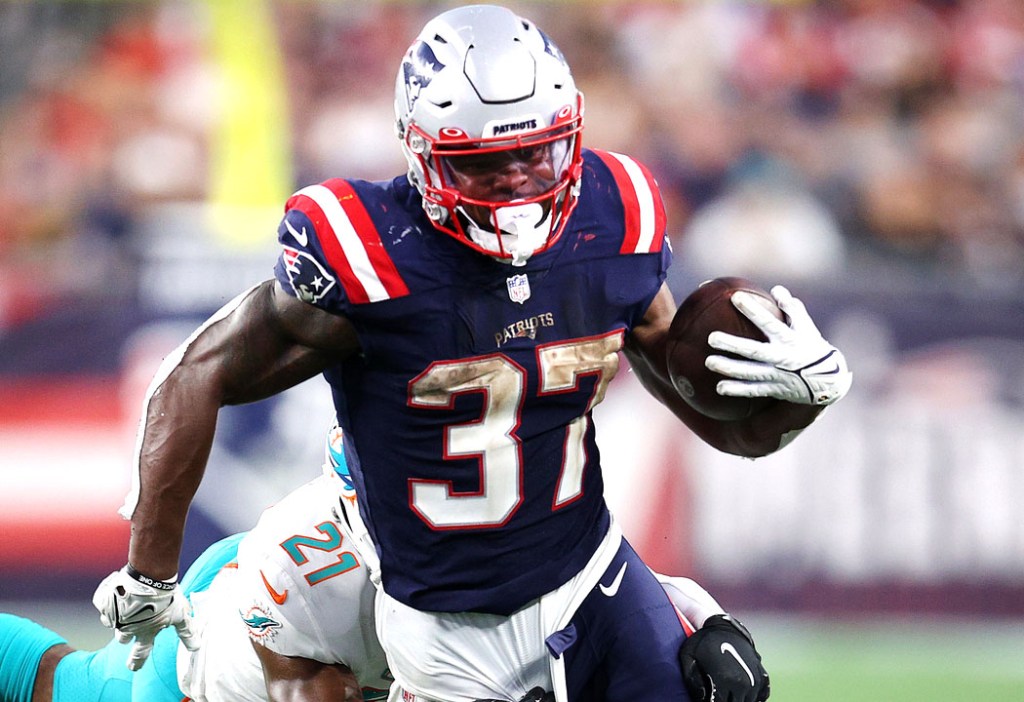 
An inside look at Sunday’s Jets-Patriots Week 2 matchup at MetLife Stadium:

Panthers star Christian McCaffrey ate the Jets up last week to the tune of 187 total yards from scrimmage. No one is as talented in that role as McCaffrey, but it exposed a weakness of the Jets. There are holes in their zone where teams can dig up medium-sized chunks of yards.

Enter Harris, who had a good game against the Dolphins last week. He ran 23 times for 100 yards and caught two passes for 17. The Jets will need to take away Harris in the running game and from being an outlet for Mac Jones if they want to slow down the New England offense.

“He is an absolute all-around back,” Jets defensive coordinator Jeff Ulbrich said. “He’s a guy that, he’s got speed, he’s got power, he’s got quickness, he’s got vision, he’s got patience. I know that sounds like a really generic evaluation, but it’s the truth. He’s a good back. There’s a reason they were willing to trade a Sony Michel, a talented back like that.”

Zach Wilson showed some promising signs against the Panthers. I expect that to continue in this one, but the Patriots will do just enough to avoid their first 0-2 start in 20 years.

Zach Wilson was running for his life in his debut last week. Carolina sacked him six times and hit him nine times. He was under pressure 23 times on 46 dropbacks. Despite the showing in Week 1, the Jets believe it is correctable. They feel like it is not all on the offensive line. The play-calling can be better. Wilson can get rid of the ball better. Receivers can run better hot routes.

The Jets also looked at how they compare to other teams in the NFL and felt like they are not an anomaly. There were eight teams total in the NFL that allowed 20 or more pressures last week. The Jets were also one of eight teams to allow nine hits on the quarterback. Mac Jones was hit nine times as well last week for the Patriots.

Coach Robert Saleh knows teams are going to bring the heat until his team shows it can handle it.

“It starts with communication,” Saleh said. “I expect [New England] to go to the tape and try to test our coaching, and from there it’s about execution.”

All of that youth led to some understandable mistakes in Week 1. The Jets will roll out the rookies again this week, hoping to see a big jump.

“Hopefully, that is the old saying: You make your biggest jump from Week 1 to Week 2,” Saleh said. “There were a lot of guys that had their first, I mean AVT [Alijah Vera-Tucker], Elijah Moore, had their first game action, didn’t get any preseason action, so really excited for them to get another shot at it. Really looking forward to seeing how we respond and how we come out the gates and how we attack this thing. That’s usually the saying, and that’s what we expect.”

The Jets expect to have wide receivers Jamison Crowder and Keelan Cole back after both missed the opener last week. The return of Crowder should be particularly helpful for Wilson, but it also creates an intriguing decision for the Jets. Will 2020 second-round pick Denzel Mims be inactive for the game? All indications are he will be. Mims played just three snaps last week and seemed to be active only because the team was missing Crowder and Cole. Mims made the most of his limited snaps, catching one pass for 40 yards. But the coaches clearly don’t trust Mims, and he does not play special teams. That should lead to him being a spectator for this one.

The coaching staff has preached the run game since they arrived, but it was non-existent last week. The Jets had 17 rushes for 45 yards, which ranked 31st in the NFL. They can’t rely on Wilson to drop back nearly 50 times every week. They have to get the ground game moving.

“We’re right there,” tackle George Fant said. “It’s like a couple of guys would be in their fit and something would happen where a guy would miss his fit and boom. So, we’re right there. It’s not like we weren’t in the spot where we needed to be. It’s like one or two things here and there that could have sprung a run. That’s definitely one of those things that I alluded to earlier that we’re fixing.”