Jets vs. Patriots odds, analysis and predictions for all Week 2 NFL games 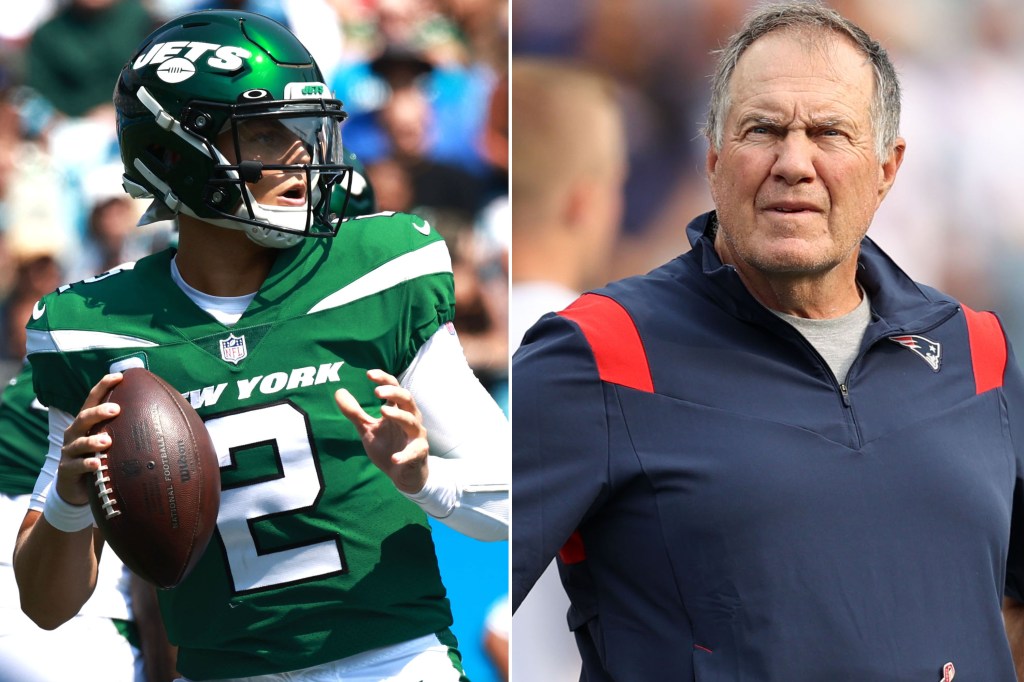 The first game of the Robert Saleh-Zach Wilson era for the New York Jets ended with a familiar outcome, a loss to the Carolina Panthers. Unlike many of the results in their 2-14 season in 2020, the final score of 19-14 was far from embarrassing. In fact, after being down 16-0 at the half, the Jets were a late two-point conversion away from covering the closing spread of +3.5.

The negatives were topped by four serious injuries, including the loss of LT Mekhi Becton for at least a month and the season-ending triceps injury for S Lamarcus Joyner, as well as a sorry six sacks of Wilson and a measly 2.6 yards per carry on the ground.

The positives included Wilson and WR Corey Davis, who started off their relationship with two touchdown connections. The defense, loaded with inexperience, exceeding most expectations by holding the crew of Christian McCaffrey-Robby Anderson-D.J. Moore-Terrace Marshall to fewer than 20 points. The Jets won the second half, 14-3, and it didn’t appear to be a case of Carolina sitting on the lead.

Not ready to criticize offensive coordinator Mike LaFleur for the Adam Gase-like first half. He was calling plays for the first time with rookies all over the field and a questionable offensive line in a hostile environment.

Act II comes Sunday against the New England Patriots. The Jets are hoping Saleh can channel Rex Ryan in his home debut and beat Bill Belichick. Ryan had a rookie quarterback but a veteran team with a strong offensive line. Belichick had Tom Brady then and rookie Mac Jones now.

The Patriots lost their opener, 17-16 to the Dolphins in Foxborough. Not only isn’t it any fun to face Belichick after a loss, the Patriots actually dominated that game statistically but gave it away with penalties and turnovers. The line has been climbing late in the week, but you have to take the Patriots here at less than a touchdown.

Was hoping to get a full three points here, but have confidence Joe Burrow will be able to pick apart the Bears’ defense. Ja’Marr Chase adds a home-run hitter to the fine collection of Joe Mixon, Tyler Boyd and Tee Higgins.

Some are expecting the Texans to repeat the Jaguars’ feat of 2020 when they won the first game and not again. Could happen, but this is a big number, and Houston did roll up 449 yards and 37 offensive points in the opener, and figures to be in position for at least a backdoor cover.

Colts list some key players as questionable — including the left side of the OL, Eric Fisher and Quenton Nelson. Skeptical about why this line isn’t higher since nearly three-fourths of the public money is on the Rams. Could be a look-ahead spot for L.A., which faces the Buccaneers, Cardinals and Seahawks the next three weeks.

Though I’m not giving up on pick to win the Super Bowl — the Bills — after just one week, the Dolphins did show something in pulling out a one-point win despite losing most of the stats in New England. At home with a RealFeel of 99 degrees in the forecast, I’m thinking the small point spread could be a factor again.

The 49ers camped out at the Greenbrier Resort in West Virginia between their games in Detroit and Philly, so though they may be fresh, the Linc is still a pretty tough spot for a second consecutive road game. The line has headed in the direction of Jalen Hurts and the Eagles late in the week.

Brutal turnaround for the Raiders after their Monday night OT win over the Ravens. But I expect Derek Carr and Darren Waller can hang around against a Steelers team that didn’t do much offensively in the upset win at Buffalo.

Jameis Winston destroyed the Packers defense but now has to go up against a Carolina front led by Brian Burns and Haason Reddick that had six sacks vs. the Jets. Panthers offensive coordinator Joe Brady should be able to figure out how to turn Christian McCaffrey’s production into more points.

Denver covered easily at the Giants, but it’s not easy to do that two weeks in a row as road favorites, particularly with the spread doubling. Looking for Trevor Lawrence to step it up in his home debut.

Chandler Jones’ five sacks for 46 yards lost in the Cardinals’ 38-13 rout at Tennessee may have been the best stat of Week 1. That result coupled with the Vikings’ OT loss at Cincinnati prompted this spread to jump a long way from Arizona -1 on the advance line. That creates a nice little cushion for the likes of Dalvin Cook and Justin Jefferson.

Hate giving up this many points in an NFL game, but the champs come in off extra rest with stars everywhere you look. Atlanta’s pass rush shouldn’t lay a finger on Tom Brady.

This line has trended downward even though the Cowboys lost OT La’el Collins to a substance-abuse suspension and DE DeMarcus Lawrence to a broken foot. Dak Prescott’s crew has extra rest off a Thursday night near miss in Tampa.

Everything went wrong for the Titans in their opener, including allowing five sacks to one guy. Figuring new offensive coordinator Todd Downing will have a better plan for Ryan Tannehill, Derrick Henry & Co. and that Tennessee will be way more competitive here.

Baltimore is down two top running backs and has a short week off a long Monday night loss in Las Vegas. Don’t think the Ravens will be able to get enough stops on Patrick Mahomes, who is 11-0 in September with 35 touchdowns and 0 interceptions.

This line is almost as high as Aaron Rodgers’ QBR (13.4) in the Packers’ 38-3 loss to the Saints. Remarkably, the spread has even ticked up from the look-ahead line despite the blowout loss. The Lions scored 16 points in the final two minutes for a miracle backdoor cover vs. the 49ers. They’re not good, but it’s a sign they’ll fight to the finish for new coach Dan “bite a kneecap” Campbell.