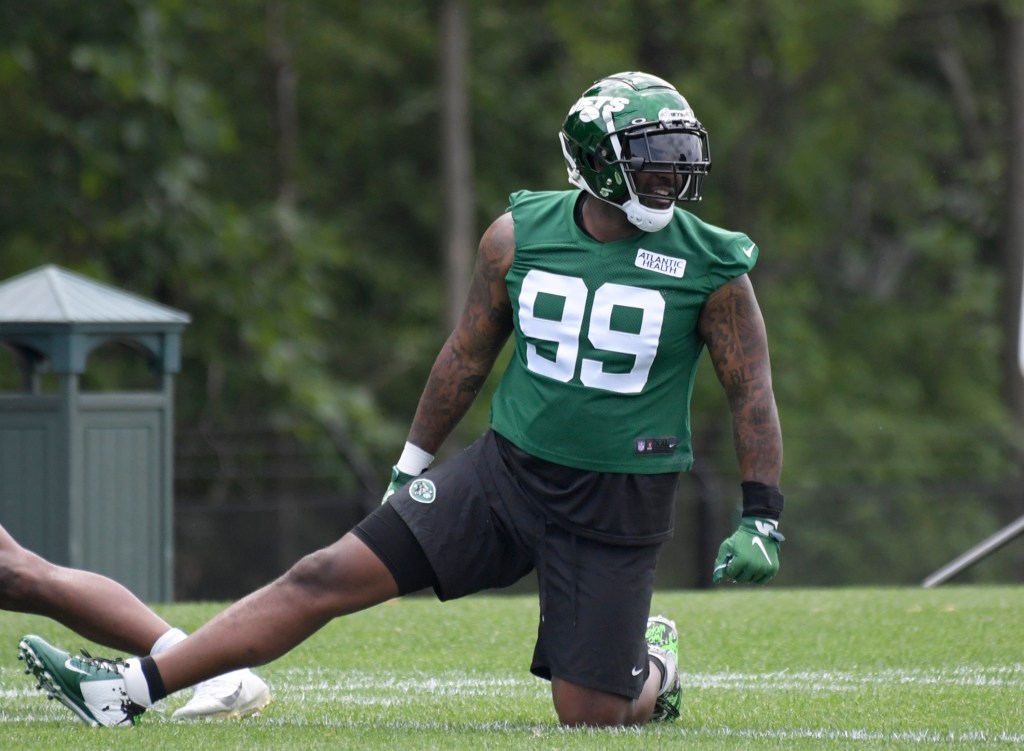 Jets pass-rusher Vinny Curry was diagnosed with a rare blood disorder that resulted in the removal of his spleen and will require him to avoid physical contact for the next three-to-six months and miss the season, he revealed Wednesday.

Curry opened training camp on the non-football injury list and was immediately ruled out for the season-opener. The Jets then quietly moved him onto the reserve list Tuesday, meaning he was out for the season.

Curry shared the specifics of his diagnosis and recovery on his Twitter account, noting that blood clots formed and caused him to go on blood thinners, ending his season. But he said his career is not finished.

“While I am incredibly disappointed that I will not be able to play with my teammates this year, I am thankful that the doctors identified my condition in time,” Curry wrote. “They have informed me that I am expected to make a full recovery and return to the field next season. I am so grateful to all those who have reached out to me on social media, and in person. I can promise them all that I will be back stronger and more determined than ever.”

Curry signed a one-year, $1.3 million contract to leave the Eagles in free agency and will be a free agent again in the coming offseason.

This is another blow to a defense that will already be without significant pieces. Carl Lawson was ruled out for the season after rupturing his left Achilles tendon while Jarrad Davis will miss two months with an ankle injury.