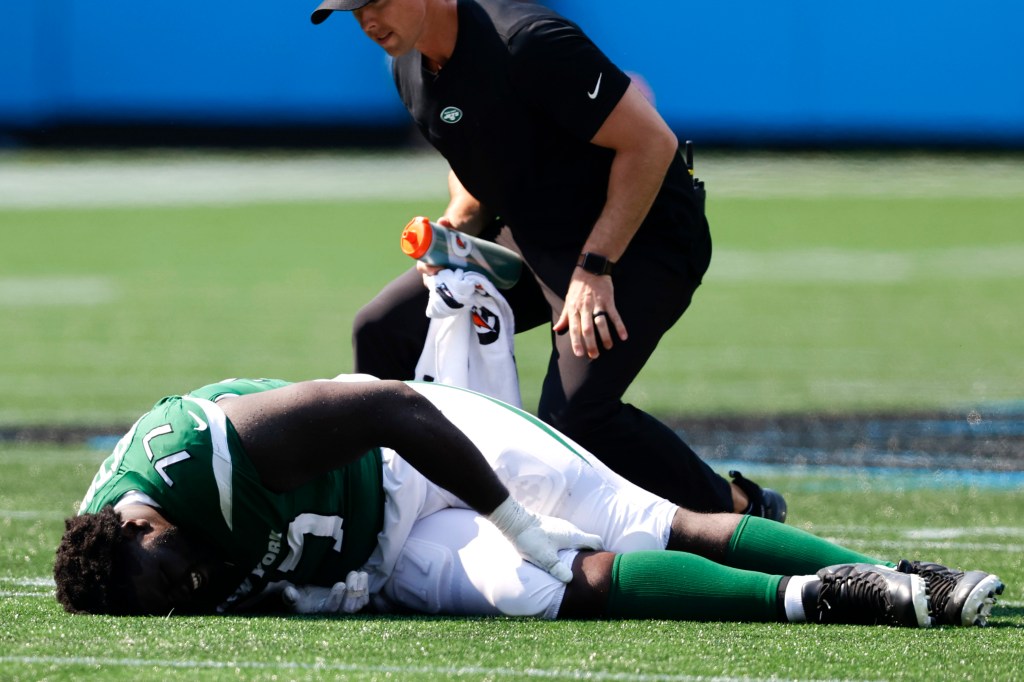 The second-year pro suffered cartilage damage late in the third quarter of Sunday’s 19-14 loss to the Carolina Panthers, collapsing on the ground after two Panthers defenders sandwiched him while Zach Wilson threw his first NFL touchdown pass. After receiving help from trainers while walking off the field, Becton was carted to the locker room and George Fant replaced him at left tackle.

The injury, and surgery recovery, further depletes an offensive line that surrendered six sacks — with the potential for more if not for Wilson’s elusiveness in the pocket — in their Week 1 loss. When Fant slid over on the line, Morgan Moses, whom the Jets signed after Washington cut him in May, entered at right tackle.

Becton was selected No. 11 overall by the Jets in last year’s draft and appeared in 14 games during the 2020 season, including 13 starts. He showed potential as a rookie, though had a frustrating training camp before this season.

Based on the injury’s timeline, Becton could return for the Jets’ game against the Patriots on Oct. 24 following their bye week, or the week after against the Cincinnati Bengals.