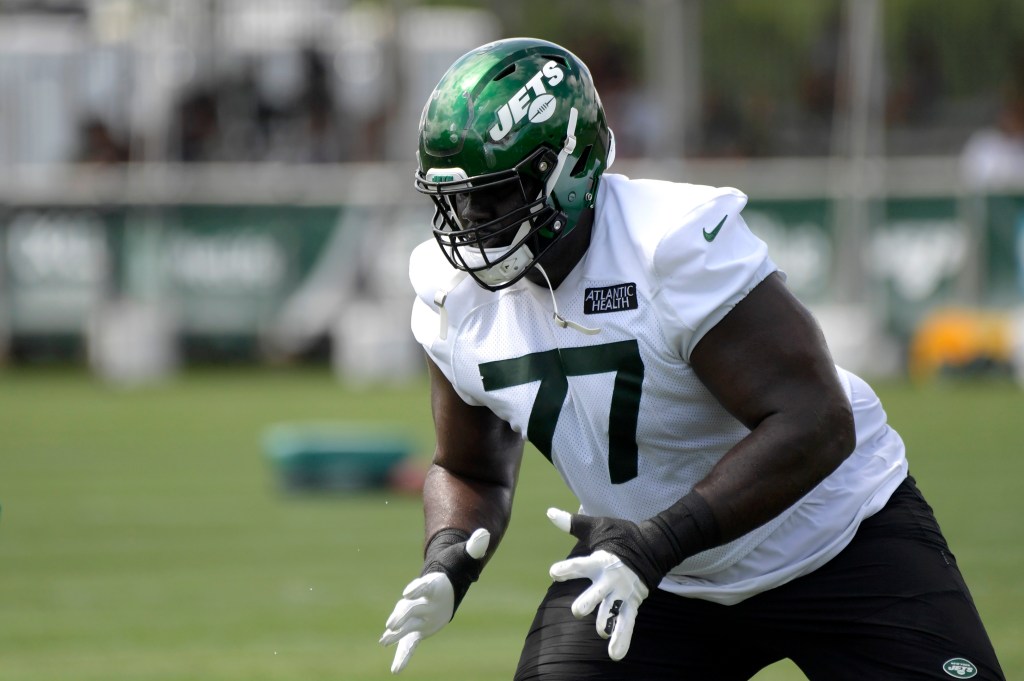 
At least Mekhi Becton was learning valuable lessons when he was losing the bulk of his practice reps to Carl Lawson.

There has been no such silver lining in the last two weeks for the Jets left tackle, who suffered a concussion Aug. 24 in joint practices against the Eagles and didn’t return to the practice field until Wednesday. It was valuable missed time that left Becton slow to regain his footing.

“The concussion was unfortunate because you want every player out there right now — particularly in Year 1 [under a coaching staff] to go through all the different little things you go through when you are learning a new system,” offensive coordinator Mike LaFleur said. “It’s a work in progress for everybody. The more he’s been out there, the better he’s been.”

Becton allowed one pressure on 11 pass-blocking snaps in the two preseason games.

“He was very good in the preseason games,” LaFleur said. “We expect good things. He’s going to continue to get better and better in this league. He’s ultra-talented, and then just taking it to that next step is going to be crucial for this whole offense.”

The step is hard to take when sidelined. Becton, who looks under-listed at 363 pounds, sounded upbeat earlier this summer about all he was learning against Lawson, who suffered a season-ending torn Achilles. Since then, there is less to be positive about.

“It’s a work in progress for five guys to be in such sync with each other,” LaFleur said. “You teach it but those guys have to make it come to life out there. There are going to be things on Sunday that they are learning from. It’s going to take all year, and it’s going to go into next year.”

The Jets still haven’t named a starter at right tackle between veterans George Fant and Morgan Moses. In a pinch, Fant has left-tackle experience with the Seahawks, and Moses reportedly considered switching sides for the Bears before signing with the Jets. Fant filled in for Becton when he was missed practices, but Becton is medically cleared and not on the official injury report.