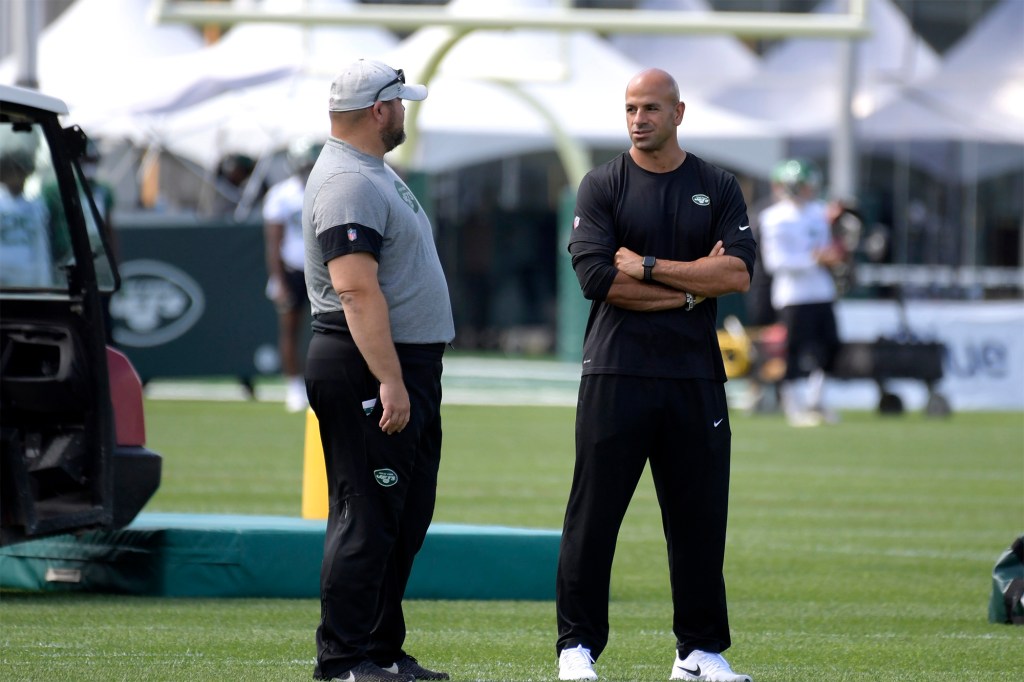 There is only one more opportunity for Jets players on the bubble to make a lasting impression.

The Jets practiced Sunday with an 80-man roster and are scheduled to do so again Monday before cutting down to 53 by 4 p.m. Tuesday.

While some teams finished with their preseason games already have begun making cuts, the Jets didn’t trim any fat after tying the Eagles on Friday. That suggests general manager Joe Douglas is wisely protecting against a late injury.

“There’s a lot of spots that are close,” coach Robert Saleh said. “I know Joe is grinding his butt off to try to find the fine line that determines which ones make and which ones don’t. These are the hardest parts of camp because you know guys have put everything on the line and you just want them to be successful. A lot of discussions remain between now and then.”

The Jets are No. 2 in the waiver priority list and could use Wednesday to bolster their already injury-riddled defense by claiming cuts from other teams.

“It’s like a second draft,” Saleh said. “But it’s still a hard thing to do to claim somebody off another roster because of the amount of work you’ve put in with your guys. More often than not, you trust the work and you want to see them evolve, especially with the investment you’ve already put in. [Waivers] is a great game to play, but it’s a lot harder than people realize.”

Saleh said the private discussions often boil down to a player’s overall body of work and a handful of variables, such as age and character.

RB La’Mical Perine, RB Michael Carter and WR Denzel Mims are “day-to-day,” but Saleh said he expects to have all three of them and S Lamarcus Joyner available for the Sept. 12 regular-season opener.

LT Mekhi Becton remains in the concussion protocol but “we’re not concerned about his Week 1 availability,” Saleh said.