Jets fans can make major impact vs. Patriots like they did in 2009 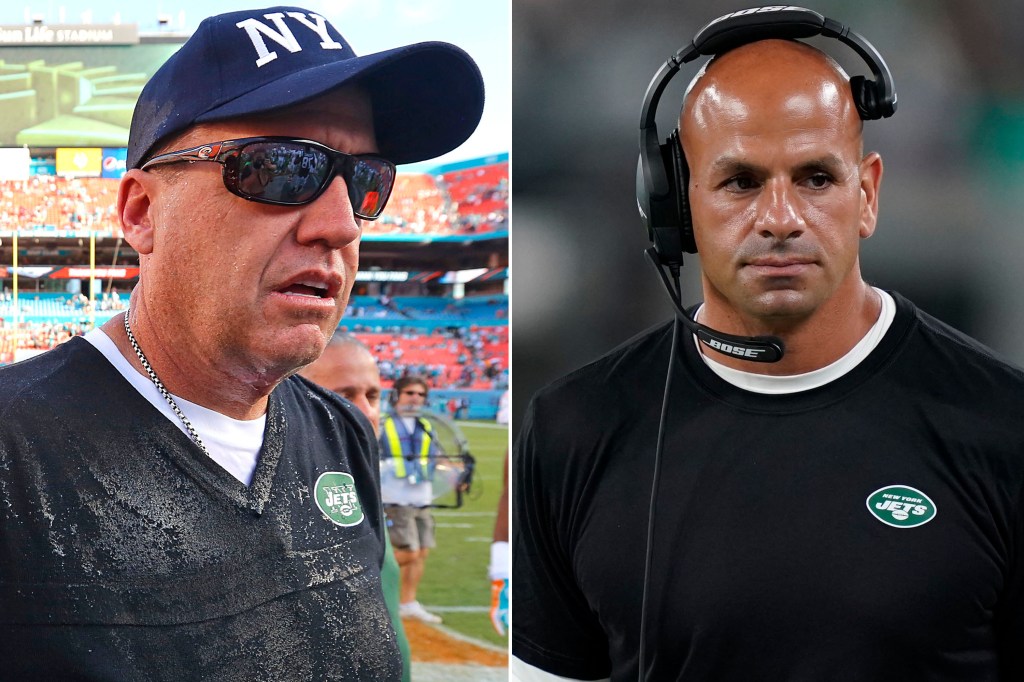 It will have been 637 days since the Jets last played a regular-season game in front of fans at MetLife Stadium when they take the field on Sunday against the Patriots.

The team is coming off a competitive loss in its season opener with the Panthers. Rookie quarterback Zach Wilson showed promising signs. New head coach Robert Saleh has energized the organization.

There is no reason that MetLife should not be rocking on Sunday.

It has been a long time since a Jets home game was a boisterous event. You might have to go back to the last time the Jets beat the Patriots in 2015 when Eric Decker caught the game-winning touchdown in overtime and the team’s playoff dream lived for another week.

Since then? It has been a rough go. The team is 13-27 at home since that game and not any better on the road. The truth is the Jets have not given the fans much to cheer about.

But Sunday feels like a chance. It feels a little bit like Week 2 in 2009 when a new coach and a rookie quarterback made their home debuts. That game was also against the Patriots. Rex Ryan and Mark Sanchez were the talk of the town and the town came out to greet them that day.

Ryan placed a recorded call to all Jets season-ticket holders in the week before the game, calling on them to make life “miserable” on the Patriots. The fans delivered. The old stadium at the Meadowlands was as loud as it had ever been for a Jets game. The Jets won 16-9, keeping Tom Brady out of the end zone and announcing their arrival as a real contender.

“Man, oh, man, I’ve never been in a stadium like that ever,” Ryan said Wednesday afternoon. “The stadium rocked. Like, literally, I’m on the field and in that fourth quarter and I was like, ‘This field is moving.’ It was so loud.”

Ryan awarded the fans a game ball, one that still sits in the trophy case at the team’s headquarters in Florham Park. They mailed out mini footballs to the season-ticket holders. The game served as confirmation that Ryan could back up his bluster.

There are differences between now and then, of course. That was Giants Stadium. The Jets are now in MetLife, which has not been able to match the feel of the old place. The Patriots are no longer those Patriots. Brady is a Buccaneer and they are breaking in their own rookie quarterback Mac Jones. While Saleh has brought energy back to the organization, he is not the incandescent force Ryan was.

Saleh probably won’t be recording any phone messages for Jets fans this week but he is eagerly awaiting their arrival on Sunday. The Jets want their fans to be in their seats early and to whip the place into a frenzy that was only a memory at this time last year.

For the record, Ryan is a Saleh fan. He likes the energy that Saleh exudes. Ryan took over a team that was more successful than the one Saleh took over but had an identity crisis, one that Ryan solved almost instantly. Something Saleh is also trying to pull off.

“I wanted to bring back some pride in that building,” Ryan said. “I think we did that. Hopefully this guy can turn it around.”

Ryan and Saleh both want physical teams, something Ryan’s group showed right way in a Week 1 win over the Texans.

“I think we showed everybody the week before that we weren’t the Same Old Jets,” Ryan said. “We were different. We weren’t going to take an ass whipping anymore.”

It is time for Saleh’s Jets to show they are not going to an ass whipping anymore. In 2009, the Jets had lost eight straight to the Patriots at home. The Jets are currently in a 10-game overall losing streak to the Patriots.

Jets fans can help Saleh’s team like they helped Ryan’s team all those years ago. They can make life miserable again for the Patriots.

Mets swept away by Cardinals as playoff hopes take another hit