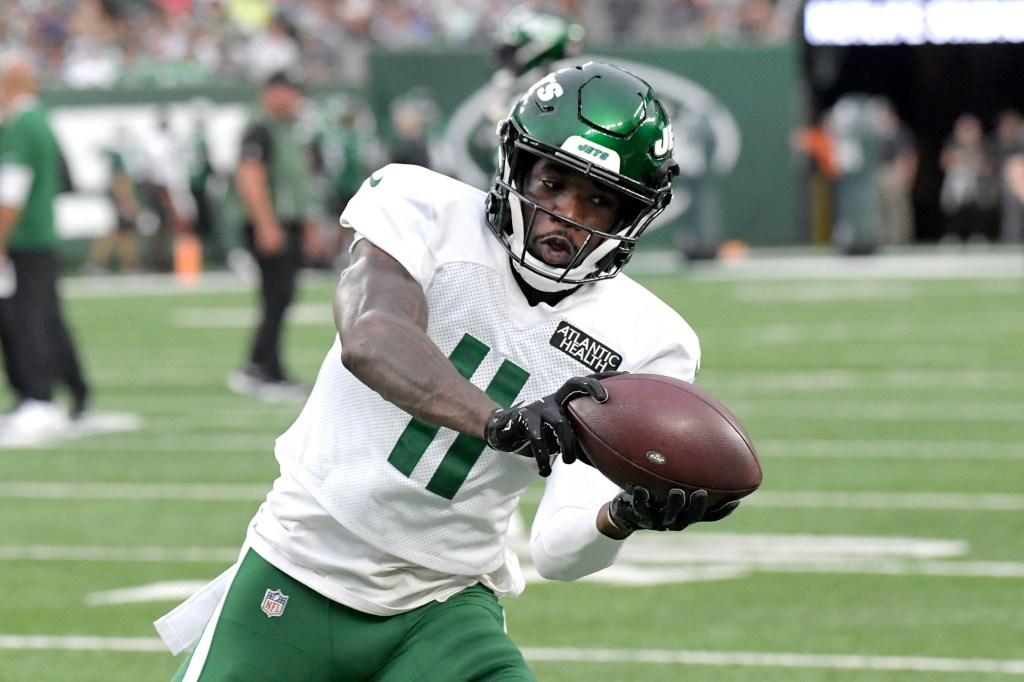 
The curious case of Denzel Mims took another turn Sunday.

Mims will be inactive against the Patriots, according to a source. The 2020 second-round pick has not been able to win over the new coaching staff. He slid down the depth chart in training camp and only played three snaps in last week’s loss to the Panthers. He caught one pass for 40 yards in those three plays.

Jamison Crowder is also surprisingly inactive. He was coming off the COVID list and was dealing with a groin injury but was expected to play.

The Jets took Mims in the second round out of Baylor last year. He had 23 catches for 357 yards in nine games in a rookie season that was hurt by two hamstring injuries. Mims then missed time in the spring this year after getting food poisoning from bad salmon. That set him back in training camp as other receivers clearly won the trust of the coaches.

Mims likely would have been inactive last week against the Panthers but the Jets were without Crowder (COVID list) and Keelan Cole (knee). Cole returned for Sunday’s game.

Jets coach Robert Saleh said last week that Mims’ playing time was so low because he did not know every receiver position and that is what they require for backups. Mims also does not play special teams.

It is hard to understand why the Jets coaches would not have at least a small set of plays for Mims, though. He is 6-foot-3 and runs a 4.3 40-yard dash. He also showed the ability to catch contested passes as a rookie. The Jets do not have many playmakers on their roster. Mims has the potential to be one if he is given a chance.