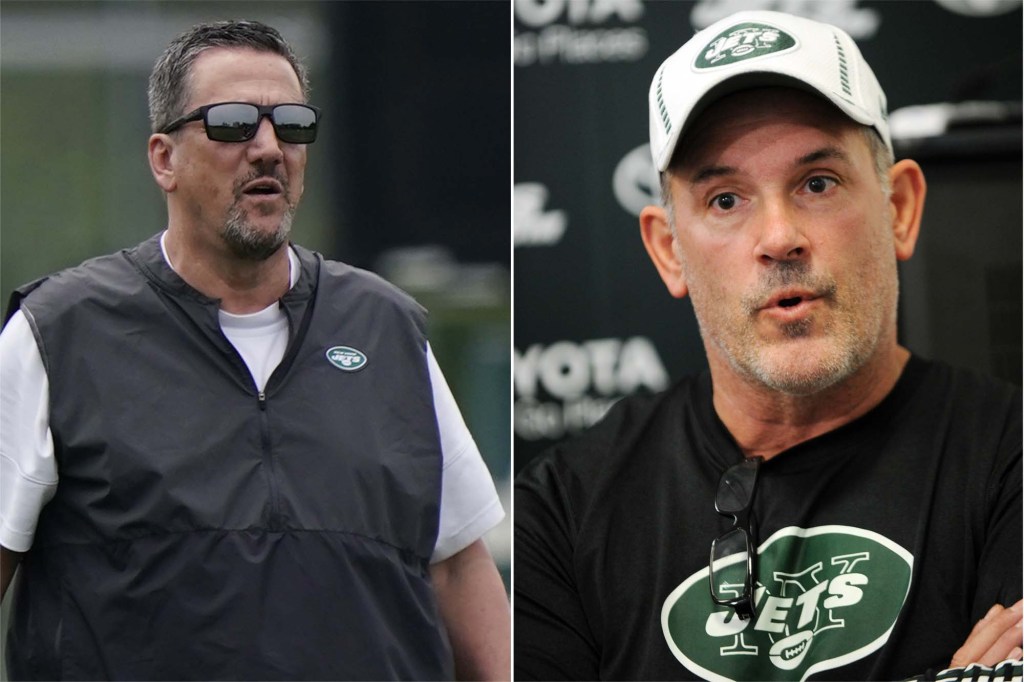 
Matt Cavanaugh, after 22 NFL seasons, sensed retirement was near. He did not coach in 2020. He will turn 65 in October. He was comfortable at his home in South Carolina.

He was leaving a golf course when the news was relayed to him.

“I was so stunned when the accident happened,” Cavanaugh, the Jets’ new senior offensive assistant, said about hearing that Greg Knapp, the team’s passing game coordinator, had died in July after a car hit him while he was on his bicycle.

Knapp and Cavanaugh were coaches with the 49ers in 1996 and remained close, reaching out often. They did not work together again, but they would hang out at the NFL Scouting Combine in Indianapolis each year.

Cavanaugh met with new Jets head coach Robert Saleh in the weeks after Knapp’s death to get a feel for the new regime, the staff, the players. And he considered essentially taking the spot his friend vacated, which weighed on him.

“I’m not here to replace [Knapp]. I don’t think I can replace him,” Cavanaugh said after practice Thursday, his first time speaking publicly since he officially took the job last week. “But I promise that I’ll just try to represent him well. Work hard, do the best I can and hopefully make him proud.”

He will try to do so by being another voice in rookie quarterback Zach Wilson’s ear. Cavanaugh will not be the sole voice, but he will be a rare, experienced voice.

The Jets have a rookie quarterback and head coach. Their play-caller, Mike LaFleur, has never held that job full-time in the NFL. Their quarterbacks coach, Rob Calabrese, is in his first season, too, after serving as an offensive quality control coach with the Broncos.

Saleh wanted an assistant who had been here before to take over for Knapp, who had coached for 25 years.

And Cavanaugh, who was Mark Sanchez’s quarterback coach from 2009-12, literally had been here before. Despite two AFC Championship game appearances, it did not work out for Sanchez in New York, but Cavanaugh has higher hopes for the newest future of the Jets.

“You see a lot of young quarterbacks that come into the league that have arm strength and mobility. … What I’ve noticed, he’s got a real good awareness of what goes on on the other side of the ball, which is unusual,” Cavanaugh said of the No. 2-overall pick.

Three names came up as analogues for Wilson, which hints at just how high his ceiling is and how many variables are at work: Joe Montana, Steve Young and Trent Dilfer.

“He’s got a great understanding of how defenses work, where their strengths are, some of their vulnerabilities, how to attack them,” Cavanaugh said. “And that’s been impressive.”

Cavanaugh, who focuses more on fundamentals, and Sanchez were both out after the 2012 season. The coach went to Chicago for two years before five seasons with Washington, two as offensive coordinator.

The Jets’ offensive scheme should be familiar, since it has its roots in Kyle Shanahan, who Cavanaugh coached with in Washington.

Still, it’s catch-up time for Cavanaugh, who is trying to absorb as much about Wilson as possible.

“What I’ve seen in the last two or three weeks is progress each day,” said Cavanaugh, himself a former quarterback who was a backup in 1990-91 with the Giants. “Some days are really, really good. Some days he’s off a little bit. But he’s got an attitude that is contagious. He works.

“He puts the time in in the film room. He’s not afraid to ask questions. He’ll take accountability if something isn’t done right by him.”

It is an encouraging start to a reunion that began with tragedy. On July 17, when Knapp was struck in California, Cavanaugh said he texted, “Bro, I’m praying for you, you can pull through this.”

The circumstances are crushing, but after some time to think, Cavanaugh wants to make his friend proud.

And Saleh wants his young quarterback to have an older pair of eyes.

“His experience, his knowledge,” Saleh said regarding what appealed to him about Cavanaugh. “Just like, God rest his soul, Knapper.

“He just has that same presence, that same calm, not only for Zach, but for Mike [White]. He’s a tremendous asset.”