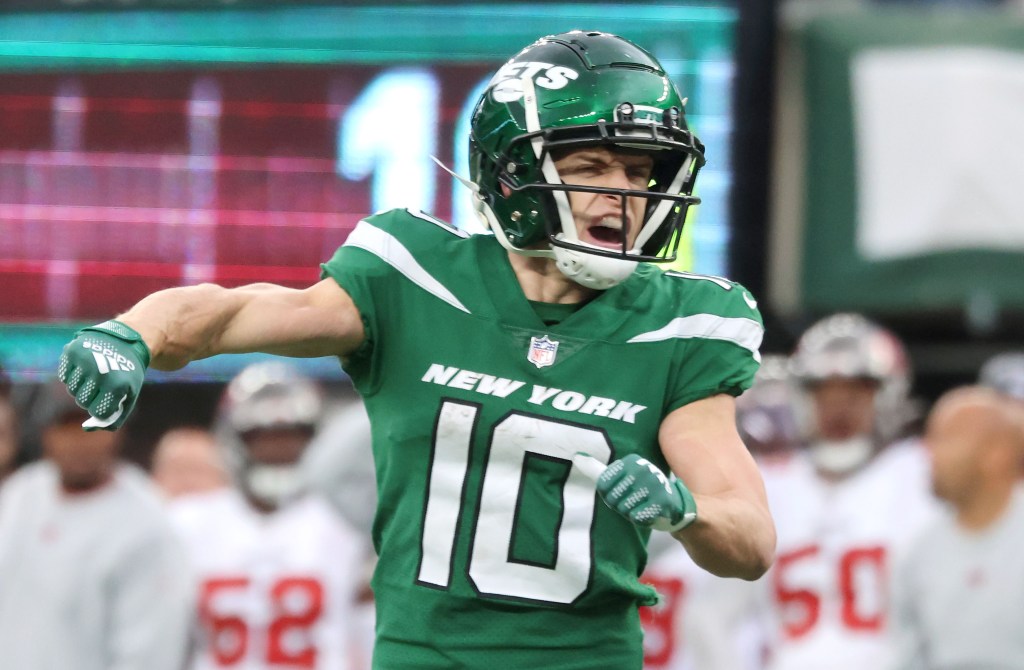 Braxton Berrios has a reason for a fiesta.

While vacationing in Mexico with his girlfriend, Sophia Culpo, the Jets kick returner learned Friday that he had been named First-Team All-Pro by the Associated Press. Berrios led the NFL with 30.4 yards per kickoff return and took one 102 yards for a touchdown in a win over the Jaguars.

Culpo posted to her Instagram account a video of Berrios staring off into space with the caption, “Someone is in shock.” He also wrote on his Twitter account, “What an incredible honor, truly don’t have the words other than Thank you to my teammates that made this possible, couldn’t have done it without you guys!!”

Berrios received 27 of 50 first-place votes. He also received two first-place votes as a punt returner, but that spot went to Devin Duvernay of the Ravens. After a well-timed surge to finish the season as a receiver, Berrios will become a free agent in March.

The Jets’ last First-Team All-Pro was safety Jamal Adams in 2019. Maybe they are becoming a kick returner factory, because Andre Roberts also earned top honors for the Jets at that position in 2018. The Giants have not had an All-Pro since safety Landon Collins and defensive tackle Damon Harrison were selected in 2016.