Jeremy Swift got ‘tearful’ about his ‘Ted Lasso’ Emmy nomination 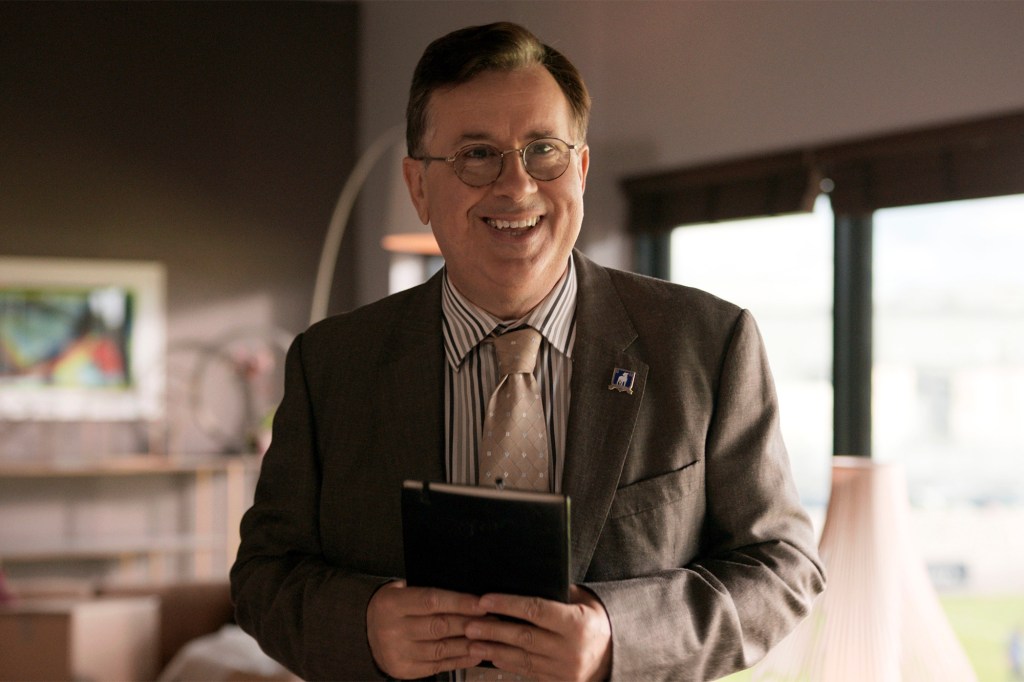 “I’d looked on some prediction sites and saw a story that four of us might be nominated [for Best Supporting Actor], which would be the first time since ‘Modern Family,’” Swift, 61, told The Post, alluding to his co-stars Brett Goldstein (who plays the snarky Roy Kent), Brendan Hunt (Lasso’s assistant, Coach Beard) and Nick Mohammed (waterboy-on-the-rise Nathan).

“I was a little bit like ‘oooh!’ and then I looked at all the other predictions and I wasn’t in the Top 8,” he said.

But all four did indeed score noms in the comedy category.

“I was still a bit jet-lagged when the nominations came out… and my manager rang and said I’d been nominated,” he said. “I couldn’t believe it. I said, ‘The show?’ and she said, ‘No, you!’ Then I was a little bit tearful, which is pathetic, then I was doubtful and confused and then I was tired.

“In the space of three minutes I went from emotional to bafflement to doubtful.”

When we met Higgins in Season 1, he was an obsequious, nervous yes-man who trembled in the presence of bitter team owner Rebecca Welton (Hannah Waddingham, who is also up for an Emmy). In Season 2, Leslie is much more assertive — in a nice kind of way, of course — and he’s even surrendered his office to no-nonsense team shrink Dr. Sharon Fieldstone (Sarah Niles), moving around from spot to spot and trying to be impossibly accommodating.

“Higgins, this season, is more of the man he’s meant to be and is more comfortable in his own skin,” Swift said. “Before the [narrative] in the show even started, he had a back story with [Rebecca’s ex-husband and former team owner] Rupert Mannion and … he had to do bad stuff for Rupert and then Rebecca came along and he had to do bad stuff for her. And all the while he had to keep his job going because he’s got a village-worth of children. But now that he’s not having to carry out any more dirty deeds and he’s been acknowledged and given his proper position in the club, he can move forward and use his skill set.”

Swift’s Emmy nomination is a first for the veteran actor, who’s been working steadily since the 1980s in theater, movies (including “Gosford Park”) and in British television. Fans of “Downton Abbey” will recognize him as Septimus Spratt, the butler of the Dowager Countess (Maggie Smith). He also had starring roles in other British series, including “Foyle’s War,” “The Durrells,” “The Moonstone,” “Doctors” and “Wanderlust.”

“I really didn’t do any telly until I was about 31, then I started to do more of that and got a few leads in comedies and things. Then around the age of 40 I did a couple of films,” Swift said. “I like pivoting to different, diverse media — I find it wakes up your sensibilities and fires your neurons.”

Swift said he had a feeling that “Ted Lasso” was onto something special in Season 1 —but nothing prepared him and his cast mates for the rush of international acclaim it’s engendered since premiering last year.

“I remember hearing from a producer/writer friend of mine who’s got a big hit comedy show that he heard from some crew members who worked with us that they thought the show was amazing. I thought, ‘Oh, that’s interesting because the crew can be quite a cynical bunch,’” he recalled.

“But no way could I ever have conceived of this,” he continued. “The show hitting at the time of the pandemic — how could you ever predict that? A lot of people on the show have said the world was a cynical, s–t place before the pandemic and that’s what ‘Ted Lasso’ was addressing: this folksy, positive guy who says whip-smart things that hit home.”