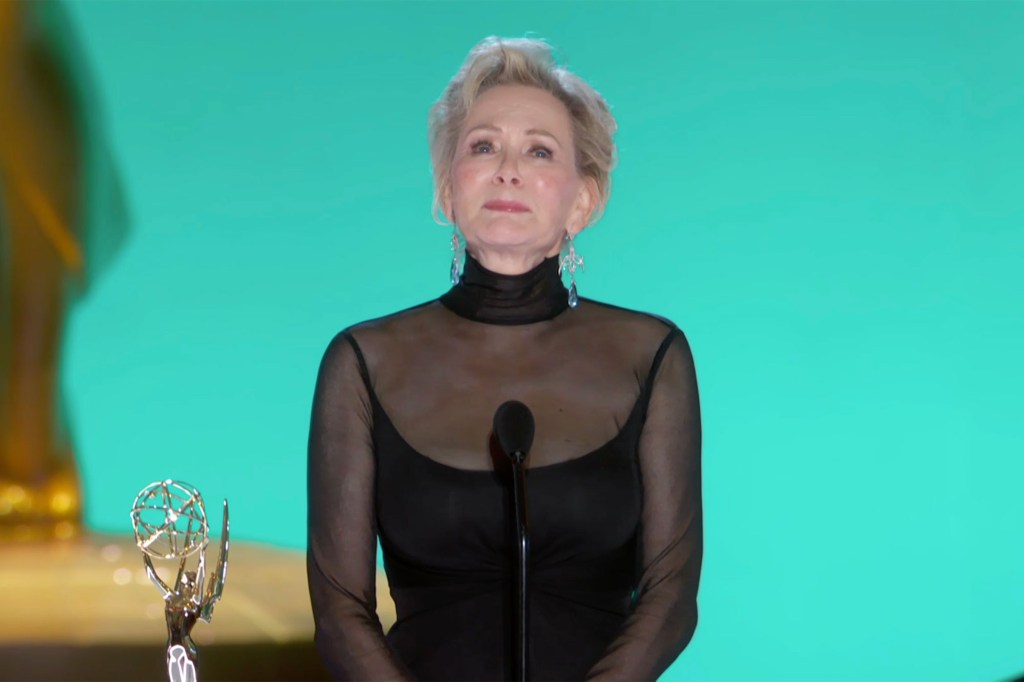 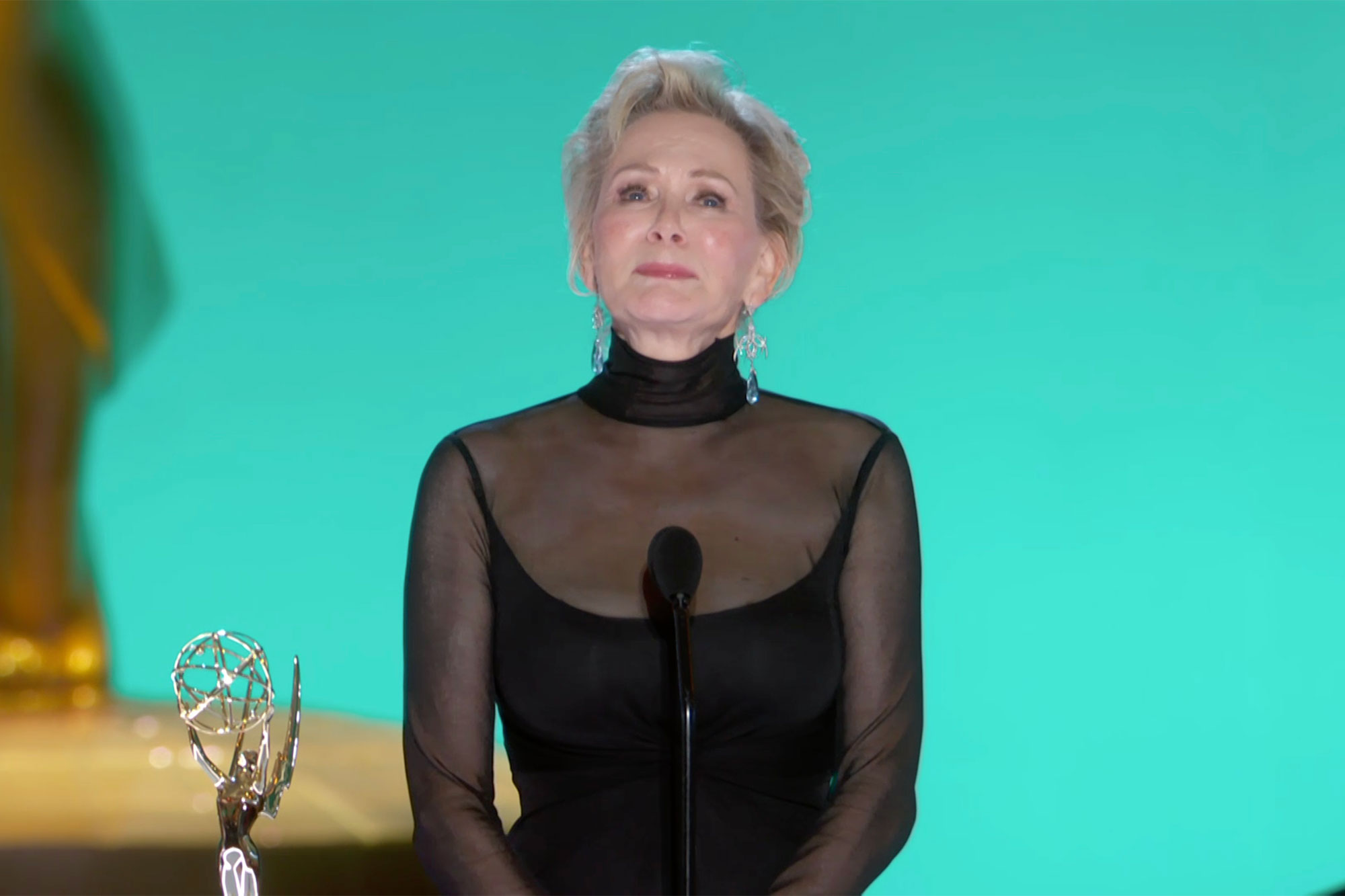 Jean Smart scored the first standing ovation of the night at Sunday’s 2021 Emmy Awards. However, the veteran actress stopped the crowd in its standing tracks with her moving acceptance speech for Best Actress in a Comedy for “Hacks” on HBO Max.

“I have to acknowledge my late husband, Richard Gilliland, who passed away six months yesterday,” said Smart, 70, who was clad in a sleek black gown with a classic updo. “I would not be here without him — without him putting his career on the back burner so I could take advantage of incredible opportunities.”

The “Designing Women” alum had double the chances to take home a statue, having sparked a “Jeanaissance” and double Emmy nods for her role as an aging Las Vegas standup comedian in “Hacks” — and, on the opposite end of the spectrum, as an overwhelmed cop’s mom in HBO’s “Mare of Easttown” (she scored a a Best Supporting Actress in a Limited Series or Movie nod — but the trophy went to her co-star Julianne Nicholson).

Smart also shouted out her sons — Connor, 30, and Forrest, 13 — “who are very courageous in their own right, putting up with mommy commuting to Philadelphia and back.”

Her late husband, veteran character actor Gilliland, died at 71 after a brief illness in March. They were married for more than 30 years.

Gilliland got his start at the Goodman School of Drama in Chicago and became a regular presence on the small screen in shows such as “The Waltons,” “Thirtysomething” and “Party of Five” He also played Captain Stan Cotter on “24” and had a recurring role as a serial killer in “Matlock.”

The couple met when Gilliland scored a guest spot on Smart’s hit sitcom “Designing Women.” In 1986, the Fort Worth, Texas, native landed a recurring role on the sitcom as baseball talent scout J. D. Shackelford, the boyfriend of Annie Potts’ Mary Jo Shively.

“I met him when he was kissing someone else,” Smart said during a 2017 interview with Northwest Prime Time, explaining that she quietly asked fellow cast member Delta Burke to find out if Gilliland was on the market. “Naturally, Delta walked up to him and blurted, ‘Jean wants to know if you’re married.’”

Smart said that she and Gilliland instantly hit it off after she “lured” him into her dressing room to help her out with a crossword puzzle. They were married in June 1987 in “Designing Women” cast member Dixie Carter’s rose garden.