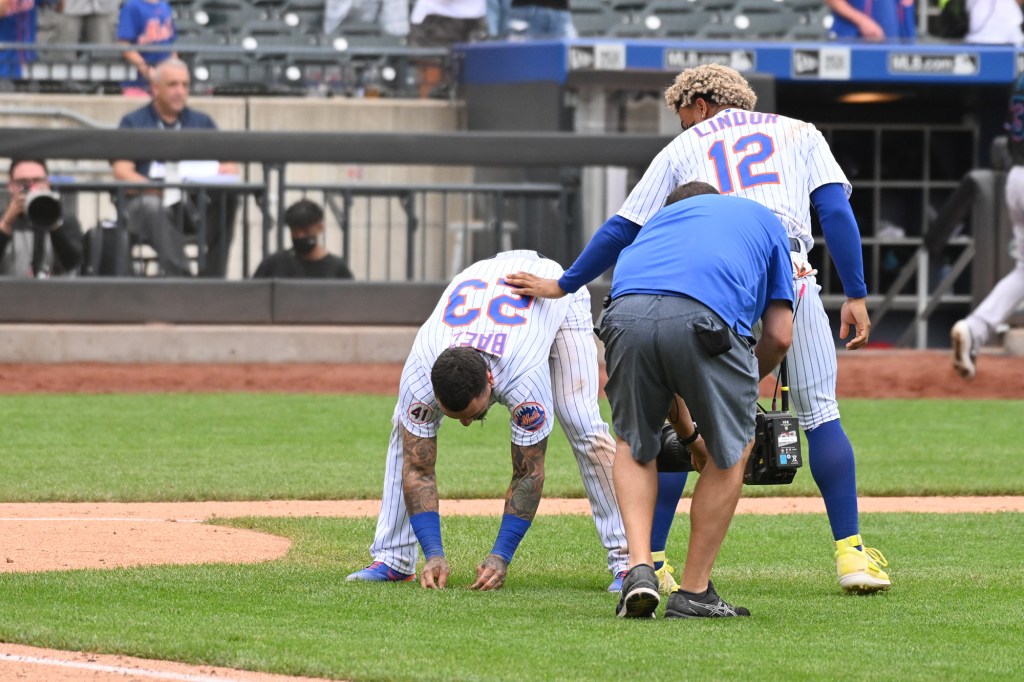 
Javier Baez’s game-winning run may have been an expensive one.

Not long after Baez crossed home plate to secure a 6-5 walk-off win for the Mets on Tuesday afternoon, team president Sandy Alderson, pitcher Carlos Carrasco and the Citi Field grounds crew were left scouring the area around home plate, looking for a diamond from the earring that Baez lost either on his head-first dive or during the celebration.

“I tried to help for a little bit when I was out there and I did tell some of the grounds crew to see if they could help too with one of those blowers, see what they could do,” manager Luis Rojas said.

Baez had been mobbed at home plate by Francisco Lindor and other teammates after he scored from first base on the game-winning single by Michael Conforto — with some help from a fielding error by Marlins left fielder Jorge Alfaro.

Alderson and Carrasco eventually left the scene nearly an hour after the diamond went missing, though the grounds crew kept searching as they prepared the field for the nightcap of the doubleheader.

Ben Simmons tells 76ers he wants out amid broken relationship